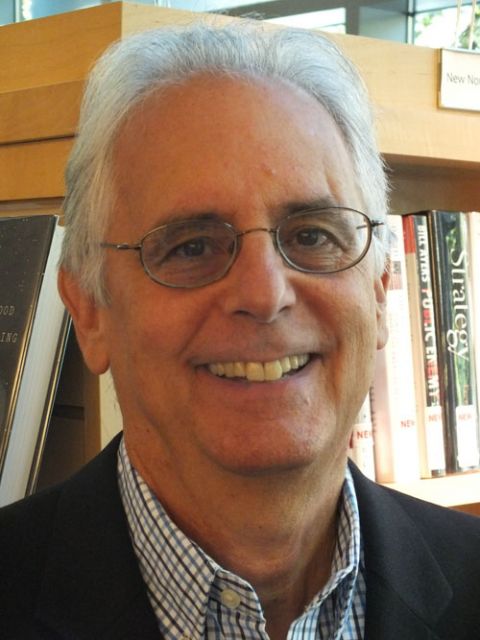 Witnessing and being heartened by this spring's citizen activism — teacher strikes, March for Our Lives, the Parkland students, Never Again walkouts, police brutality protests — I'm hard put to think of anyone more pleased than Sam Daley-Harris.

Going back to 1980, he has been the baton orchestrating civic power as a collective force to move politicians to enact and fund humane legislation for the world's broke and broken. Seven years before, while breezing along as a youthful high school music teacher and percussionist with the Miami Philharmonic, he chanced upon a conference staged by the Hunger Project.

"It was a remarkable evening," he would write in the 20th anniversary edition of his 1994 book Reclaiming Our Democracy. "As layers of hopelessness and misinformation were stripped away, I realized that my basic assumption was that hunger was inevitable — something that would always be with us. But as I looked deeper, I realized there was nothing particularly mysterious about access to basic health care, clean water, basic education. … It turned out that I wasn't hopeless about the technical feasibility of ending hunger, I was hopeless about human nature. I feared people would never get it together. That night, however, I realized there was a particular part of human nature I had some influence over — my own."

Converting from thinking and talking to acting and doing, Daley-Harris founded in 1980 the nonprofit RESULTS, an acronym for "Responsibility for Ending Starvation Using Legislation Trimtabing and Support." Pulsed with energy and moral mettle, he traveled the landscape, city to city, hall to hall, living room to living room, campus to campus, recruiting volunteers to organize chapters that would learn and master the complexities of politics, starting locally and on up to nationally. "Groups like CARE, Save the Children, Oxfam and Children's Fund," Daley-Harris believes, "worked directly with the poorest people in the developing world. RESULTS had a different mission; we immunized no children, we trained no farmers, we opened no village health posts. Instead, we lobbied the Congress for policy changes and for funds to do these things."

In the 1980s, RESULTS became a major force for passing or expanding laws that included the Microenterprise Loans for the Poor Act and the Universal Child Immunization Act; RESULTS also supported the International Fund for Agricultural Development. Daley-Harris, the grandson of a Lithuanian rabbi, had become a man of letters: not letters to members of Congress where interns would reply with rote thank-you letters but letters to the editors of newspapers in politicians' home districts and states. Almost without fail, fact-based and persuasive letters from Daley-Harris and hundreds of RESULTS volunteers were the forces behind social justice and anti-hunger editorials appearing in scores of newspapers large and small. Individual constituent letters could be ignored but not editorials.

I came to know Sam Daley-Harris in the 1980s when writing editorials and columns for The Washington Post. In addition to his innate idealism, there was a knowingness about him, which set him apart from the hordes of corporate interest lobbyists and their errancy. I can't say with any surety that the editorials I wrote changed the minds of any members of Congress during the Reagan 1980s, but I do recall that Rep. Tony Hall of the House Select Committee on Hunger said, "Pound for pound, RESULTS is the most effective lobby in Congress."

Another admirer of Daley-Harris that decade was Muhammad Yunus, then an obscure professor of economics in Bangladesh who joined the RESULTS board. From an office on Capitol Hill, Daley-Harris arranged a one-hour conference call to editorial writers in 28 U.S. cities for Yunus to tell the story about his Grameen Bank. Daley-Harris had built a base: "Those 28 editorial writers agreed to join the call because each had a relationship that was initiated by a RESULTS volunteer in their community," an appreciative Yunus wrote. Daley-Harris put the Bangladeshi on the map. Yunus went on to win the Nobel Peace Prize in 2006 and Congressional Gold Medal in 2013.

After 15 years with RESULTS and 16 leading the Microcredit Summit Campaign, Daley-Harris founded Civic Courage in 2012. His current work is to coach altruistic nonprofits, whether start-ups or long-haulers, how to professionalize their often amateurish skills.

After Sam spoke in my class in April at American University I asked for his reflections on the major political changes, positive or negative, he has seen these past decades. "I'll mention two," he replied. "Our current president represents major political changes — and I don't mean a change on the conservative to liberal spectrum. His challenges to institutions from the press to law enforcement to basic accuracy may do irreparable damage.

"The second change is the explosion of online activism which is positive if it offers an entry point into action on issues that matter — or negative if people believe that signing an online petition is all they have to do to make their voice heard," he said. "Rather than feeling wildly ineffective on 10 different issues, find an organization that helps you be profoundly effective on one and trust that others are finding their one. You can click away on the other 10 issues but you are still feeling and being effective on one."

Sam and his wife, the Rev. Shannon Daley-Harris, a longtime religious affairs advisor to the Children's Defense Fund and author of Hope For the Future: Answering God's Call to Justice for Our Children, reside in Princeton, New Jersey, with their children Micah and Sophie. If they worked in Washington, the pair would rank as a power couple, certified A-listers. But self-harbored a safe distance from the nation's capital, Sam and Shannon care little about power but everything about empowerment — the kind that comes to those who move from agonizing about injustice to organizing to end it.

A version of this story appeared in the July 27-Aug 9, 2018 print issue under the headline: Sam Daley-Harris' decades of work for civic change embodies citizen activism .