Nineteenth Sunday in Ordinary Time: Faith is a verb 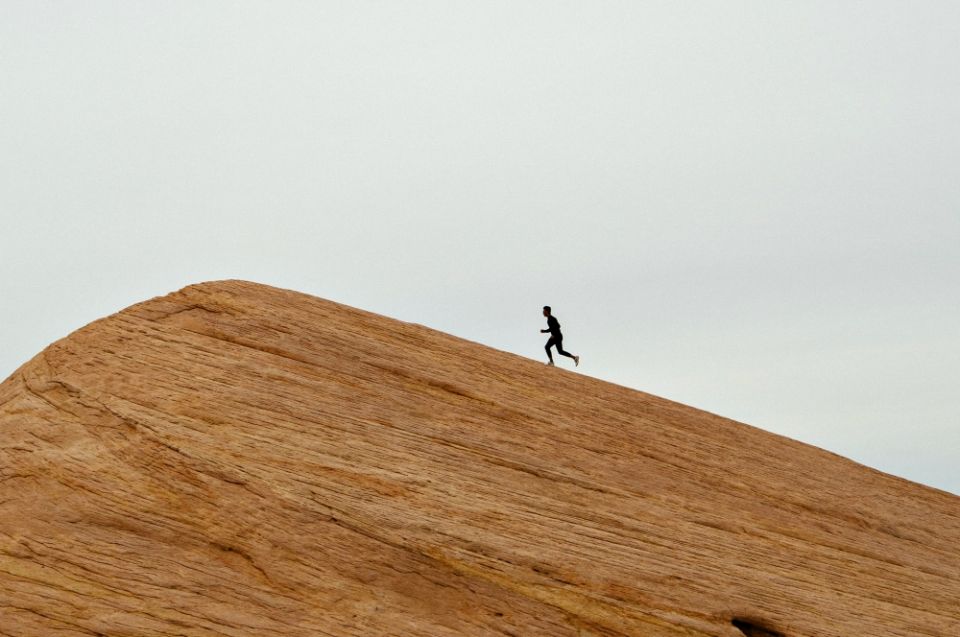 Years ago, I read an essay in which the writer commented that when he drives, he's usually putting more faith in Ford than he generally puts in God. That's a pretty startling thought for those of us who drive around calling ourselves Christians. How tentatively would I drive if my faith in the brakes were on a par with my faith in God? How daring would I be with the accelerator?

Faith is an underlying theme in this week's readings. The Letter to the Hebrews gives us the well-known definition, "Faith is the realization of what is hoped for and evidence of things not seen."

The Book of Wisdom fleshes that out a bit by describing how the Israelites demonstrated their faith: They wore their running shoes to the Passover supper. That meal, the model for our Eucharist, was not planned to be a sit-down affair. Passover faith is a verb, not a noun.

Our Gospel begins with Jesus telling his disciples to demonstrate their faith by giving everything away. He then tells them to obey the dress code for Passover by having their loins girt, ready for the road. Jesus said this to the disciples accompanying him on his road. These women and men had left home and family and had already heard that they are headed for Jerusalem where he would be captured and killed. As if to get them ready for that, he tells them to leave their fear behind with their possessions.

Jesus then launches into images of slaves awaiting late-coming masters, thieves in the night, and trustworthy stewards who care for others as if for members of the royal family. Each of Jesus' examples is a way of saying, "Stay on your toes!"

What is this supposed to teach us about faith? Some might take it as a warning that God is like the principal who secretly listens in on a classroom, hoping to catch kids goofing off or a teacher straying from the curriculum. But Jesus was talking to his friends, not to self-serving leaders. He wasn't suggesting that God's aim is to catch people missing the mark.

We need to hear this Gospel in light of the Passover dress code and the fact that Jesus was talking to disciples who were walking his road with him. It seems that Jesus' demand that they strip themselves of material security comprised no more than the first leg of their journey. As they went farther with him, he wanted them to divest themselves of their expectations as well.

Their religious training had prepared them for the coming of God's Messiah, and each school of thought had its code of behavior and its set of signs by which they attempted to discern God's presence and action. Harder than giving away their stuff was the task of opening their minds to God's ways. Jesus seems to be telling his disciples that they should always be ready to be taken by surprise — to be led in ways they could never anticipate.

Today's three readings describe faith not as belief in something definitive, but radical openness to whatever God is bringing about. Faith is a verb that keeps us in movement. The Israelites at Passover girded their loins and skewered up their courage to take off in directions unknown. Abraham left his birthplace and prepared for the impossible child to be born to him and his aged, barren wife. Jesus led his disciples on the journey of dispossessing themselves of everything in order to receive the kingdom God wanted to give them.

Faith kept all of them on the move.

How are we to take this to heart and put it into practice? We might start with a review of our faith. Most of us bet our lives daily on good brakes. Are we ready to trust God more than that? Do we consider faith as a safety net or a starting gate? Pope Francis begins "The Joy of the Gospel" by inviting all Christians to a renewed encounter with Jesus Christ — an encounter that he says blossoms into an enriching friendship that liberates us from narrowness.

Faith calls us to move beyond our current boundaries — be those mental, physical, theological or spiritual. Today's readings lead us to contemplate the kind of faith that puts us on the road with Christ.

We may not reasonably be able to sell all our goods, but we can surely step into a situation that is new or let loose of our hardened opinions. Today's readings tell us that faith will keep us on the move.

Column | Nineteenth Sunday in Ordinary Time: Faith is a verb

The Beatitudes in the Age of Me First