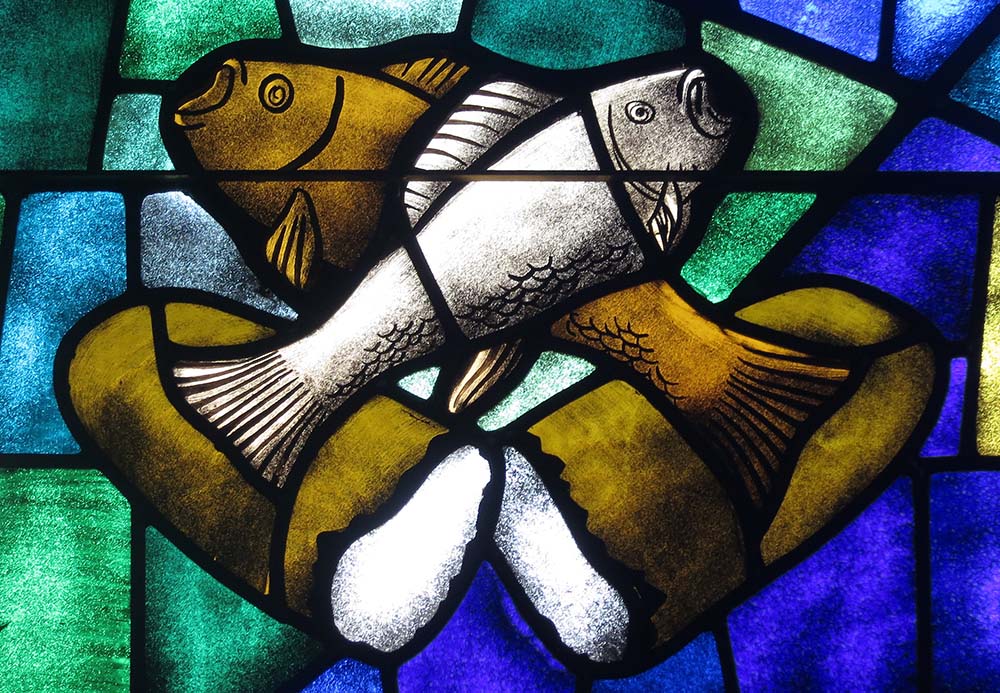 When was the last time you considered the question, "What is my calling?" That's not a question of your job, although the hope is that any occupation we engage in becomes an expression of our deeper call. The same goes for our state of life: married, single, clergy or vowed religious. Each of those commitments becomes the context through which we become who we are called to be.

St. Paul brings us this question today in the Letter to the Ephesians, a letter that scholars see as addressed to the worldwide church throughout the ages. We might imagine the great apostle looking directly at us — individually or as an assembled community — as he says with a booming voice, "I urge you to live a life worthy of your calling."

Now, look in the mirror or turn to your neighbor and dare to ask, "What is he expecting of us?" or perhaps, "What does he hope for us? What does it mean to really live our calling or vocation?"

Paul goes to the heart of the matter and says, "You were called to one hope."

That hope, he explains, comes through the Lord Jesus and draws as one body in the Spirit into union with the Father so that God dwells in and through all. Our call is to be exactly who we are, offering our own gifts to the one body we are becoming.

So far, this is theory about hope and unity and vocation. Our readings from 2 Kings and John offer something more specific.

The story about Elisha is one in a series of anecdotes in which the prophet worked life-giving wonders on behalf of individuals or groups of people.

In this case, someone came from pagan territory with a small sacrificial offering. Instead of saving the gift for sacrifice, Elisha ordered a servant to distribute what would have been the equivalent of 20 rolls and some raw grain to a group of a hundred hungry people.

The sensible servant protested that such a gesture was ridiculous, if not insulting. Who would present such a paltry amount to such a large group?

Of course, as in the other situations mentioned in this section of 2 Kings, Elisha's outrageous desire to respond to the need at hand found fulfillment. The people ate and there were leftovers.

In today's Gospel, we hear the most oft-repeated story in the New Testament, the miraculous sharing of bread. Mark and Matthew each recount two versions of the story and Luke and John each tell one; every rendition has unique emphases. While John's is the longest and most theological, today we begin with the details of the incident.

Obviously, the evangelists capitalized on the parallels between this incident and Elisha's history. John adds special details including the fact that this happened around the time of Passover, the celebration of God's deliverance of Israel from slavery.

Then, even more than in Elisha's story, we hear of the preposterous disparity between the size of the crowd and the quantity of available food. Mark and John also add subtle details that reflect Psalm 23 by depicting people reclining on lush grass.

In each account, we hear echoes of the Last Supper as Jesus takes bread, gives thanks and distributes it to the people. Anyone steeped in the Hebrew Scriptures hears this as a story of one greater than Elisha offering bread as God did in the Exodus desert. Christians hear in it strains of a eucharistic celebration.

In spite of the way we often refer to the incident, no account ever says that the bread was multiplied. They only tell how a tiny amount was offered, that the multitude ate, and there was food to spare — in spite of the disciples' doubts.

Having relished some of the artistry and details of the story, we still ask what it says about our calling. Admittedly, the story is preposterous. One can invent rational explanations for what happened, but none of the evangelists are interested in those.

In spite of the way we often refer to the incident, no account ever says that the bread was multiplied. They only tell how a tiny amount was offered, that the multitude ate, and there was food to spare — in spite of the disciples' doubts.

In the light of Paul's invitation to great hope, we can read the stories of miraculous sharing as a call to preposterous faith. The thought that humanity can learn to act as one or that we can "live in a manner worthy" of our call appears as ludicrous as the decision to satisfy the hunger of a multitude with a few rolls and some dried fish. It is also the hope to which we are called.

According to these Scriptures, faith calls forth unreasonable expectations. Our calling is to offer the paltry stuff of our lives and assume that God will do more with us than we could ask or imagine.