Sixth Sunday of Easter: Who belongs? 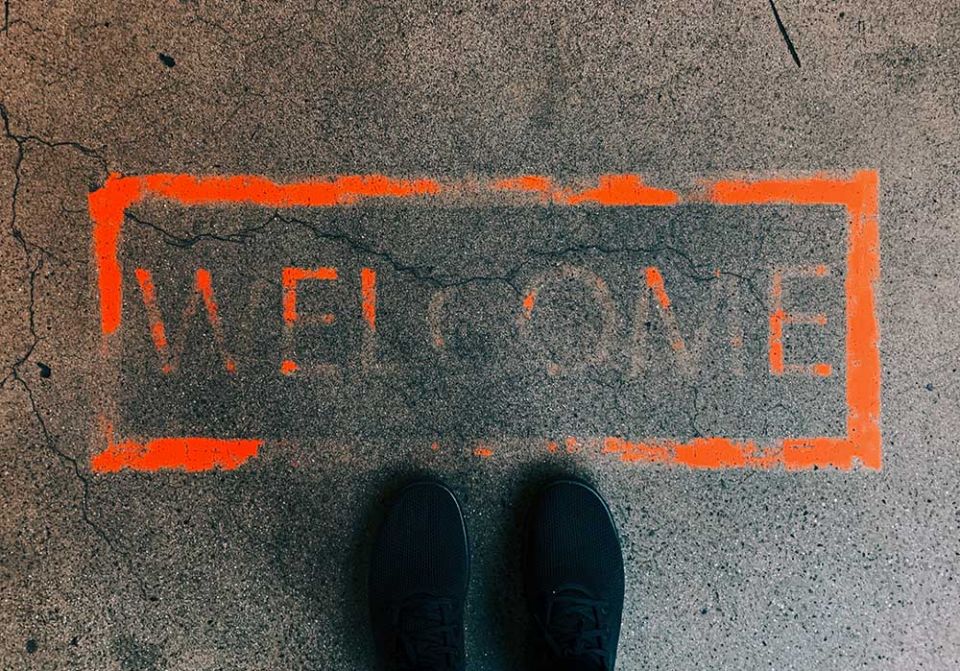 Today's Gospel comes from Jesus' final testament to his disciples at the Last Supper. One key to this teaching is Jesus' solemn assurance, "It was not you who chose me, but I who chose you." (Unsplash/Jon Tyson)

Pope Francis' most famous remark may be "Who am I to judge?" The comment, a response to a question about LGBT Catholics, was reminiscent of things Jesus would say when people tried to corner him.

Some super serious clerics assure everyone that Francis was not offering an official teaching about who should or should not be excluded from the flock. Others broadcast the remark as an expression of Francis' openness to everyone, no matter their gender, faith tradition, background, orientation or age. But regardless of how you interpret it, Francis is the pope: What he says will resound.

Of course, Francis is not the first pope to make waves. The behavior of Peter, precursor of all popes, could have turned Lake Placid into a surfer's dream. Today's reading from Acts offers a rather bland rendition of a conflict in which Peter got caught between popular opinion and the work of the Holy Spirit. Peter's final conclusion was far more momentous than Francis' "Who am I to judge?"

Chapters 10-15 of Acts tell the tale of ethnic and religious tensions that could have been fatal to the Christian community. As more and more Gentiles believed in Jesus, good Jewish disciples went into a tizzy. Jesus was a Jew and they believed in him as the Jewish Messiah. Their logical conclusion was that Jesus' followers would conform to the regulations that defined their faith tradition.

The worst sore points centered on dietary rules and circumcision: Were they essential to being a follower of Jesus? The church in Jerusalem thought the answer was yes; Paul, the apostle to the Gentiles, disagreed. How to solve the problem?

Scripture shows us that God often deals with faith dilemmas through dreams. (Think of the Josephs.) One day Peter had a dream in which a luscious banquet of forbidden foods was lowered in front of him, and a voice invited him to help himself. Peter scrupulously refused, insisting that his faith was stronger than his appetite.

The voice twice repeated the invitation and finally rebuked Peter saying, "What God has made clean, you are not to call profane!"

Talk about putting the brakes on any notions Peter and friends may have had about making their own rules about binding and loosing!

Peter was still scratching his head about the dream when envoys from Cornelius, a generous Gentile centurion, arrived to invite him to visit. Peter knew that fraternizing with Cornelius transgressed the law, but his crazy dream urged him on. When Cornelius told Peter about a similar dream experience, they began to realize that God had set them up on a blind date.

As Peter spoke about Jesus, Cornelius and his household were filled with the Holy Spirit. Seeing that, Peter made the unloosing proclamation we hear in today's reading: "God shows no partiality. ... Whoever fears him and acts uprightly is acceptable to him."

Having admitted that God's Spirit cannot be bound by human rules, Peter baptized the Gentiles on the spot. He couldn't worry about whether or not they knew or would follow the Jewish law; he realized that God had chosen them and they had accepted the choice.

Knowing that God would not always intervene with dreams, the community had to rethink their sense of what determined who belonged to the community. There are no better criteria than what we hear in the other two readings in today's liturgy. Both point to love as the only measuring stick for belonging to the company of Jesus' disciples.

Today's Gospel comes from Jesus' final testament to his disciples at the Last Supper. One key to this teaching is Jesus' solemn assurance, "It was not you who chose me, but I who chose you."

We live and are called to be Christians at God's initiative. Our selection from the First Letter of John underlines this by saying, "Everyone who loves is begotten by God and knows God."

Here we have the essential criteria for discipleship. Peter realized that he had been chosen and he recognized that the same was true of Cornelius and his household. Like the people of Israel from of old, God had chosen them all. And they all learned that the only point of being chosen was to spread the love they had received.

No matter which Petrine teaching we choose, the result is the same. Every time we are tempted to exclude someone, to build a wall or close a door, we need to remember what Peter heard: "What God has made clean, you are not to call profane!"

The essence of being a follower of Christ is to realize that we are chosen and then to choose to spread God's love without distinction. Amen.

His teaching swelled the waters of learning

The Epiphany of the Lord: Look to the Magi as models

The love of God will lead to love of neighbor