Third Sunday of Easter: Once and forever 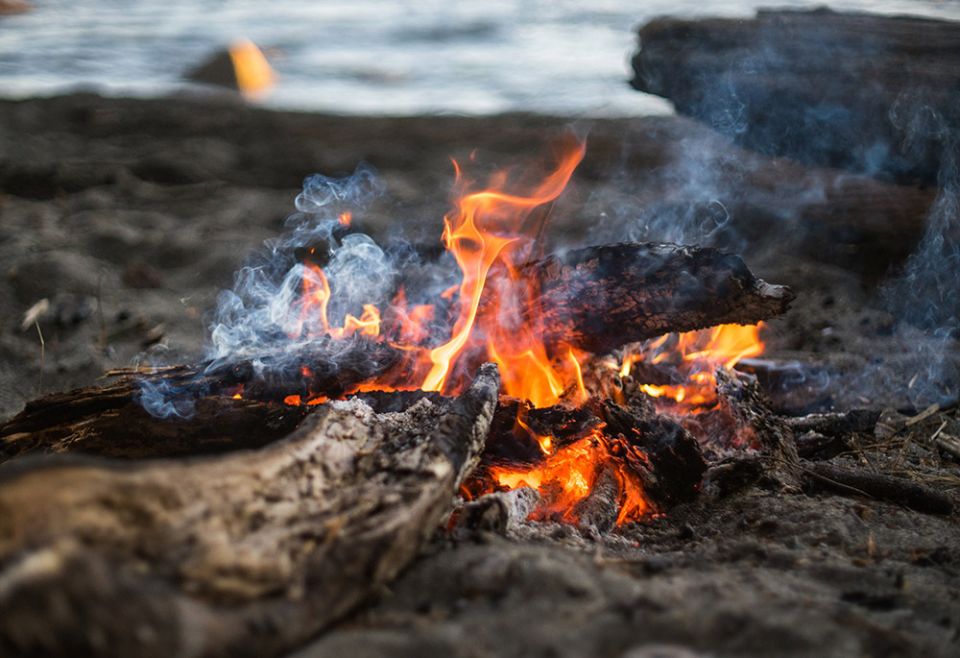 "Once upon a time …" Those words tell us there's a story coming — and unconsciously we're ready for one that communicates cultural values and we hope it will end in happily ever after. Today's Gospel opens with the words, "At that time," a better translation of which would be, "After these things."

Do you get it?

Just in case you aren't used to decoding John's hints, he's telling us that we have to look backward to understand the story he's about to tell. First, he wants us to remember the past two Sundays when Jesus broke into the disciples' hiding place and commissioned them to carry on his ministry of forgiveness. Eventually, we'll see that John really wants us to look to the call of the first disciples and, in light of that, to understand that the Gospel ends with our call to discipleship.

St. Ignatius of Loyola would suggest that John is inviting us to contemplate this Gospel by stepping consciously into the roles of Jesus' disciples so that we too hear the invitation to "come and see."

Now let's pay attention to a few more words. "After these things, Jesus revealed himself again."

John is preparing us to behold a revelation, and it's one that could not have taken place before this moment. This last story of the Gospel closes the narrative of the call of the first disciples. This is written for us latter-day disciples who never knew Peter or the others and it invites us to share their experience and their faith.

Back to the story. Peter, called to be a "fisher of followers" and recently commissioned to carry on Jesus' mission, announced that he was going to work and others joined with him. Although many commentaries suggest that he was returning to his former way of life, another line of interpretation suggests that as he went to sea, Peter was symbolically beginning his mission in Galilee. Unfortunately, they labored in vain.

We readers tend to think that John has clued us in to understand what the disciples were supposed to discover in this story. John introduced this as an incident in which Jesus revealed himself and let us in on the secret that Jesus was the stranger on the shore. When we hear that the stranger called out, literally asking if they had any food, we think we're in on all the secrets.

But John is never that simple. One does not recognize Jesus just because someone points him out.

When the disciples admit their failure at fishing, the stranger tells them to try once more and they bring in more than they can manage. With this, the beloved disciple recognizes the Lord — not from his voice, his words or appearance, but from the overwhelming abundance of fish. Those fish recall the baskets full of leftovers the disciples collected after thousands shared bread in that same area.

Hearing, "It is the Lord," Peter replicates his dash to the empty tomb and jumps into the water. Jesus awaits him by a charcoal fire like the one near which Peter had recently denied knowing Jesus.

Instead of giving us any dialogue, John simply describes the gathering around the fire, repeating key elements of the sharing with the multitude. Jesus, who asked for food but already knew what he was going to do, takes the bread and gives it to them along with the fish. (See John 6:11.)

The last scene with Peter, the threefold call to love Christ by feeding his flock, proclaims the unbreakable connection between the breaking of the bread and the vocation to carry on mission of forgiveness, which is the mission to love as Jesus loves.

John's Gospel, "written so that we may believe," like a well that never runs dry, continually offers us new insights. Today, John's last story invites us to return to the beginning of the Gospel. Now, instead of being spectators from another era, we are urged to receive it as Christ's self-revelation to us, for our day.

As we do so, we will be confronted with Jesus' question, "What do you seek?" His response, "Come and see," is the invitation to follow him anew, to be opened to life in abundance, and to do as he did, by feeding his sheep.

In each step along the way, Christ is waiting to reveal himself again. Thus our "once upon a time," or "after these things," will become a "forever and ever." Amen.

This story appeared in the April 15-28, 2022 print issue under the headline: Once and forever .

Column | Third Sunday of Easter: Once and forever

Equality protections for all Americans are overdue, but we can right this wrong