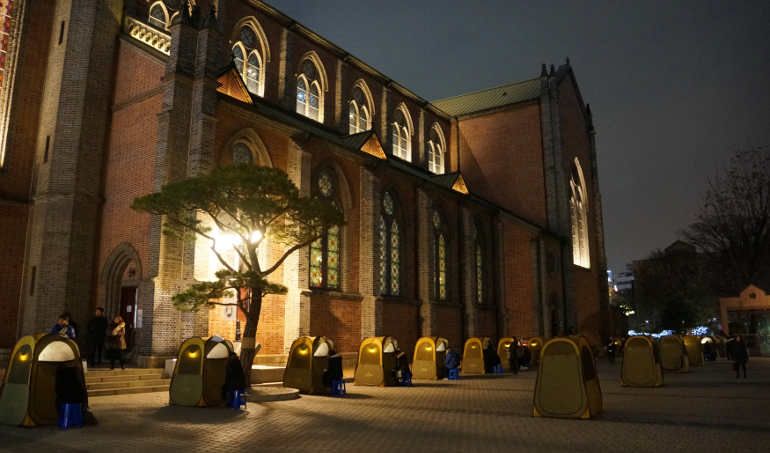 Anyone committed to the protection of children should carefully study the important report by the Australian Royal Commission into Institutional Responses to Child Sexual Abuse.

But not the recommendations to the Catholic Church on celibacy and sacramental confession, which media attention has principally been focused on.

The commission said the Australian Catholic Bishops Conference should press the Holy See "to consider introducing voluntary celibacy for diocesan clergy” and argued that “compulsory celibacy (for clergy) and vowed chastity (for members of religious institutes) have contributed to the occurrence of child sexual abuse, especially when combined with other risk factors.”

The report also says that “compulsory celibacy may also have contributed to various forms of psychosexual dysfunction, including psychosexual immaturity, which pose an ongoing risk to the safety of children.”

I actually support voluntary celibacy for diocesan clergy, but not as a solution to the sexual abuse crisis. The impact of celibacy on sexual abuse has not been proved. The commission reports that 7 percent of the Australian Catholic clergy were abusers. That means 93 percent were not. What are the comparable numbers for other groups of men such as noncelibate religious leaders, coaches, teachers, day care workers, scout leaders and staff of residential institutions?

Unless there is a significantly greater percentage of priests involved in abuse than there is for other groups of men, evidence is lacking to support the commission’s recommendation.

We know for a fact that noncelibate men, including married men, also abuse children. Letting priests have sex will not magically eliminate sexual abuse of minors. This recommendation simply distracts from the many important findings and recommendations of the commission.

There are other reasons why I support the ordination of married men, most especially because the church has a shortage of clergy that cannot be solved with celibate clergy. The people of God are not receiving the sacraments they have a right to, let alone the pastoral care they need. In addition, married men are hearing the call from God to the priesthood. The church should not deny these vocations that are the working of the Holy Spirit.

Celibacy did have an indirect impact on the sex abuse crisis. Because it resulted in a shortage of clergy, bishops were initially reluctant to pull a priest from ministry because they had no one to replace him. Bishops were also encouraged to admit candidates who otherwise would have been rejected for psychological reasons. In addition, because clergy did not have children, they never asked the question, “How would I feel if this happened to my child?” While it is unclear that celibacy contributed to the abuse of children, I think a case can be made that it contributed to the failure of the church to respond appropriately.

The other controversial recommendation deals with the secrecy of the confessional. The commission report says people in religious ministry should not be exempt from laws that would require them "to report knowledge or suspicions formed, in whole or in part, on the basis of information disclosed in or in connection with a religious confession.”

I actually support voluntary celibacy for diocesan clergy, but not as a solution to the sexual abuse crisis. The impact of celibacy on sexual abuse has not been proved.

It's hard to believe there are many abusers whose consciences are so sensitive that they feel the need to go to confession. Serial killers do not go; neither do serial abusers. At the same time, in most cases the priest does not know the identity of the penitent.

Clergy do need better training on how to deal with such penitents — on how to persuade them to turn themselves in and under what circumstances absolution should be withheld. But mandating that abusive penitents be reported would simply ensure that they never come to confession, where a priest could attempt to persuade them to do the right thing.

But the commission is really more concerned about children who in the confessional tell a priest about abuse. Here the commission would prosecute priests who did not report it. Again, the priest does not usually know the names of the children going to confession. And if children know that the priest must reveal such knowledge, they will not speak of it in confession, where the priest might otherwise be able to help.

Granted the church’s past bad history of not reporting abuse under any circumstances, it is not surprising that the commission made this recommendation, but it would in fact be counterproductive.

On the other hand, priests need better training on how to deal with child penitents so that they can convince them of the need to come forward and get help. The church must also be emphatic about the responsibility of the priest to try to persuade the child to tell a parent, teacher, police officer or other appropriate adult about the abuse.

The commission worked for five years with extensive input from experts and the public. It issued a 17-volume report with 115 pages of recommendations to state and national governments, churches and other institutions.

The report was not solely focused on the Catholic Church but included schools, residential facilities and sports, recreation, arts, culture, community and hobby groups.

It noted the need for widespread education on sexual abuse, with special training and screening for those who interact with children and with transparent processes for handling complaints of abuse.

The comprehensive report and its detailed recommendations will provide a standard for all future examinations of the subject. But we should not get distracted by the two recommendations that are questionable and might be counterproductive if implemented. There is lots more in the report that needs implementing as soon as possible.

Editor's note: Sign up to receive free newsletters, and we will notify you when new columns by Fr. Reese are published.

'Catastrophic institutional failure' can be fixed