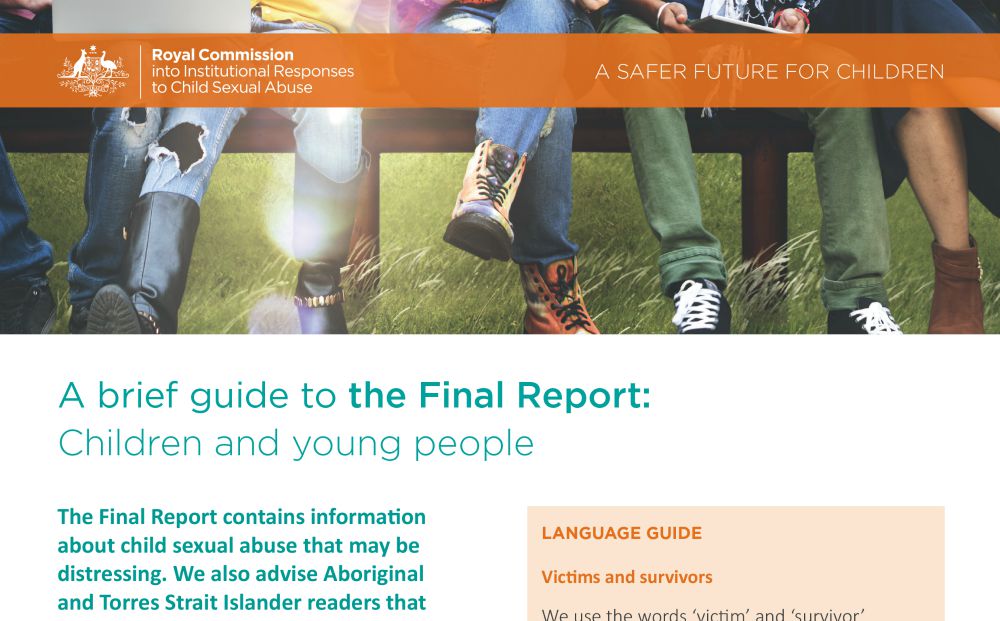 After five intense years of inquiry and more than 400 recommendations — with 20 new recommendations specifically relating to the Catholic Church — the report of Australia's Royal Commission into Institutional Responses to Child Sexual Abuse is due a considered response.

Many will rush to draw conclusions and to try and sum it up long before it is properly digested. Others will be overwhelmed by the sheer volume of issues that need to be addressed.

What is clear, however, without too much analysis, is this: Children were sexually abused by adults who should have cared for them. These crimes were often covered up, excused or not believed. People in positions of power manipulated the truth, protected perpetrators, lied and obfuscated and blatantly misled the public. Institutional reputations were put well ahead of the protection of children.

More than in any other institution, this narrative is the constant, recurring theme in the history of child sexual abuse in Australia's Catholic Church.

The factors that gave abusers access to children and enabled their superiors to be complicit in the crimes and concealment have already been well documented.

This Royal Commission confirms previous reports that cite the lack of accountability and transparency within the church's culture, the propensity for clericalism to create a self-protective caste where power and privilege are the operating principles for addressing conflict and personal promotion, and, finally, where the image of the institution meant more than the welfare of children.

In a sense there is nothing new here.

The current challenge is the struggle to resist the "business as usual" mindset that pervades the attitudes of those who seek to relegate this scandal to history. They take comfort in the church's statistics that currently indicate that the incidence of clerical abuse of children has all but diminished from its peak in the 1960s to only a few recorded cases in the 2000s.

Whether the 30-odd year lag in reporting abuse impacts on this trend is unknown.

The real issue now is whether the ingrained inertia of the institutional church will take hold as the intensity of this public inquiry wanes.

Will the church become complacent, even almost relieved that there have been no forced resignations from the senior ranks?

Will conservatives seek to peddle a prevailing narrative that pays scant regard to the cultural and sociological factors that have created an institutional climate of arrogant isolation?

Will church apologists once again focus exclusively on the deviancy of perpetrators and ignore the causes and contributing factors of the crimes and cover up?

In Australia, the bishops have no place to hide. This Royal Commission has exposed the dysfunction and obfuscation that typified the hierarchy's approach to the scandal. It has revealed the parlous state of moral leadership from those purporting to be leaders of character and virtue. It has unravelled a history of hypocrisy, shame and corruption.

The commission's final report is a litany of challenges for a haemorrhaging church losing credibility and influence as once-faithful people walk away.

The ramifications directly concern the Vatican. Universal church policies and practices, like mandatory celibacy and the seal of confession, are now sharply in the public gaze, and the responses from church leaders so far are garnering little sympathy or support. 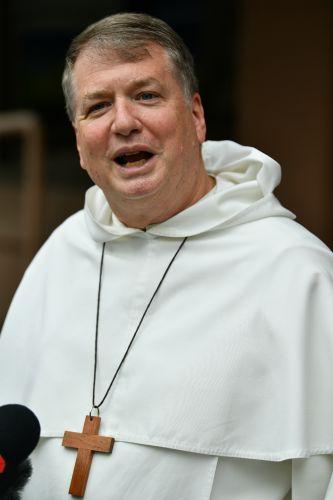 These two issues and the response from church leaders are being held up by many as a clear indication of a church that is still out of touch with community expectations and still not prepared to put the safety of children ahead of its own dogma and traditions.

The problem, of course, with the continued intense focus on these issues is that it masks, certainly from the perspective of many, the more significant and game-changing reforms that have been recommended.

For example, recommendations that deal with broader concerns around church governance and the mutual participation of women. If these recommendations are fully implemented, the ramifications will be far more significant than the suggestions around celibacy and the confessional.

So, too, the commission's recommendations dealing with seminary training, quality of candidates and the professional supervision of priests and religious. If implemented, these suggestions stand a real chance of changing the very nature of the church in Australia, and, in particular, the way in which priests and religious live and work in their communities.

If we are not careful, continued focus on the confessional and celibacy at the exclusion of other major concerns will only strengthen the hand of those in the church that for years have been lampooning the commission as a "get the Catholics" exercise. It will embolden them to do as little as possible in the hope things will return to "normal" as quickly as possible.

Make no mistake. The Catholic Church must reform itself. Pope Francis knows it and so too do many others. Its biggest enemy is itself. How the commission's report is received will be the litmus test.

It is often said that the church has and will survive any scandal — that it thinks in centuries.

Well, in Australia at least, continuing to adopt that attitude will have it talking to itself in an ever diminishing circle of influence.

Read this next: Australian bishop urges end to clericalism