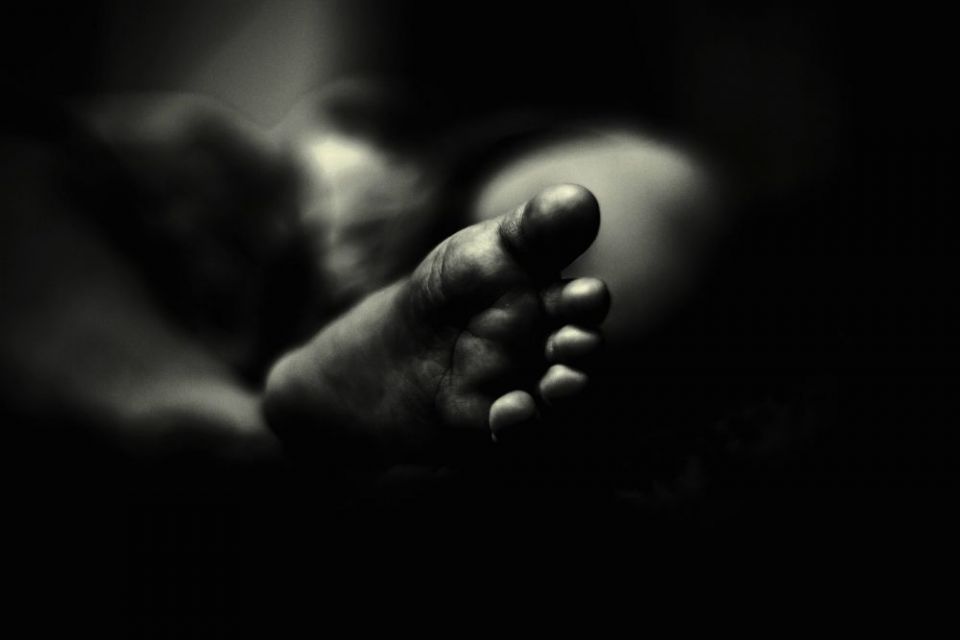 A Handmaid's Tale, back on the bestseller list 32 years after it was first published, is also available as a series on Hulu. Today, women protesting any attempts to regulate the abortion industry can be seen wearing the long red dresses and white bonnets of the television handmaids. They dress as a warning: The dystopian Gilead, ruled by what Hulu calls a "twisted fundamentalism" is upon us. Look out, evangelical men are plotting to force women to bear children and then rip the children from their arms.

Just check out the 2017 Emmys, where "A Handmaid's Tale" won eight awards, including the Emmy for Best Drama. Variety wrote, "The series drew attention for its dystopian view of a society in which women were forced to bear children, which seemed suddenly more relevant in the current political climate."

Curiously, the dystopian world in which poor women serve as the incubators for the ruling class is here, and it was on full display among the wealthy actors and producers who came to the Emmys to cheer for "A Handmaid's Tale." Nicole Kidman, who won an Emmy for "Big Little Lies," spoke out forcefully at the ceremony against spousal abuse. She and her husband, singer Keith Urban, used a surrogate to bear a child. But Kidman had nothing to say about the abuse of surrogates that is built into the system of surrogacy. Kim Kardashian and Kanye West's publicist have announced that they're using a surrogate to give birth to a third child. Using a woman, using her body as a vessel rented for nine months. And "use" is precisely the right verb, one that means to consume, to exhaust, to expend, like money or any other marketable good. If you are skeptical of this claim, go to your computer and type in "surrogate mother" and see how many sites appear with this tagline, "How much does a surrogate mother cost?"

It is not a religious fundamentalism that is fueling the surrogacy industry, but rather a consumer culture in which children are simply another commodity. This consumer culture takes its cues from the celebrities who model it for the rest of us as an aspirational brand. This dystopian world will be on trial for everyone to see if the Supreme Court grants cert in the case C.M. v. M.C..

The United States is second only behind India in the number of women who serve as pregnancy surrogates. Who are these women? Well, for starters, they aren't rich. The average payment is around $30,000. The current issue of New York Magazine reports that Kardashian and West are paying their surrogate $45,000. So, let's split the difference. Carrying a child is nine months of work, 30 days a month, 24 hours a day. (No pregnant woman gets to revert to her un-pregnant self in order to get a good night's sleep.) At $37,500, that's 6,480 hours at roughly $5.80 an hour with no overtime, less than minimum wage. Less than minimum wage for work that can carry health risks (see the $2,500 allowance for a caesarean delivery on the Fertility Source Companies website.) Less than minimum wage paid by the very elites who are careful to drink only fair trade coffee and who advocate a $15-an-hour minimum wage, almost four times what the average surrogate earns. And certainly far less than $4.5 million Kardashian's engagement ring cost.

But the power imbalance goes beyond the sweatshop wages paid for a woman's flesh. In the case of C.M v. M.C., the issue is not money ($30,000 offered to the surrogate mother by a man, a postal worker, who could ill afford it), but the woman's own moral agency and the children's best interests. First the man ordered only male children. Using his sperm and purchased eggs, 13 embryos were created, and three were implanted. The man demanded that the woman have an abortion, or "selective reduction," of one of the embryos, with the understanding that he would then keep one child after birth and put the other up for adoption.

The woman exercised her right to choose and said no to the abortion, offering instead to keep and raise the two children the man no longer felt he could afford to support and raise. Even though the woman was a "gestational surrogate," meaning she had no biological ties to the children, still, carrying the triplets within her body, feeling their movements, coming to know them in this intensely intimate way, led to her attachment and her desire to protect them from harm.

It is in this case that the whole subjugation of surrogates is exposed. When the woman brought her case before the California Family Court, she was treated, under the state's Gestational Surrogacy Enabling Statute, as the mere container vessel the law holds her to be.

In all other custody cases, the court must consider the best interests of the child. But here, only the conditions of the contract, the conditions under which a woman's body was rented for a certain period of time, would be considered. No matter that the man had acknowledged his inability to care for three — or two — children and determined that the best way to solve his dilemma was to destroy one embryo and put one of the born children up for adoption. No matter that the man's father, with whom he lives, had stated his intention that he would allow no babies in the home. No matter that the woman offered, with no financial support from the man, to raise the two children he did not want. Her body had been leased and the purchaser of the lease had all the power. The children were his. He had bought them, and he could dispose of them as he wished.

There is a moment in the family court proceedings that should disturb us all, when the lawyer for the woman asked whether the well-being of the children was going to be considered.