The Vatican's next Synod of Bishops should focus on women 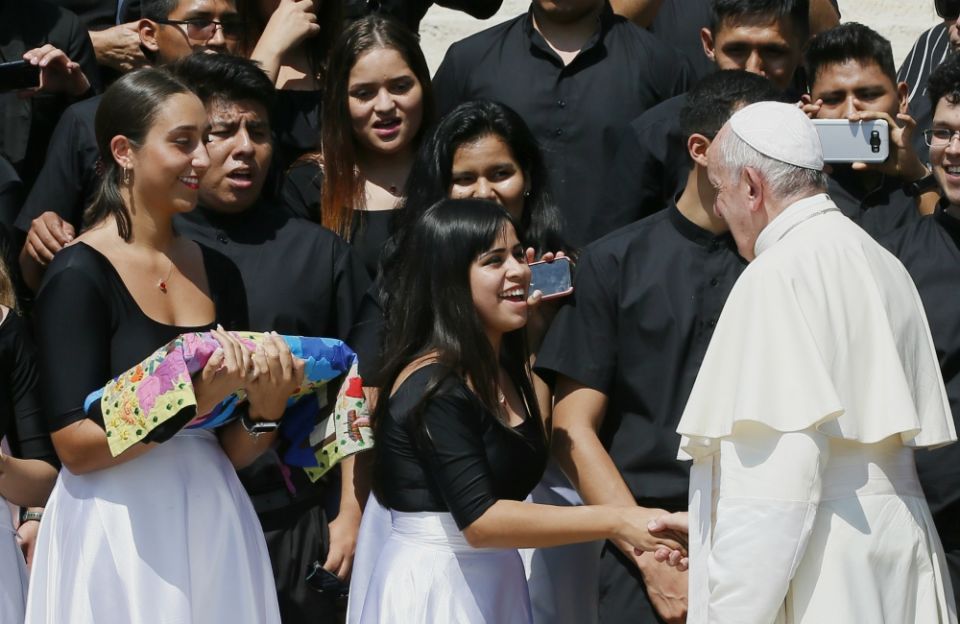 Pope Francis has said repeatedly said that "time is greater than space," and some six years and three months into his pontificate, July 8 to be exact, he took the step of appointing seven women — superiors general of religious orders — to the space of a Vatican congregation. This was a first. As members of the Congregation for Institutes of Consecrated Life and Societies of Apostolic Life, these women will have a voice as part of the global body most directly involved in matters related to their vocation.

The role of women in the church has been frequently discussed during the Francis era, and not without friction. Even the pope's supporters at times openly wonder where his deeply intentional Ignatian discernment ends and the limitation of his vision for women's equality, and perhaps his own authority, begins.

That so many are left guessing as to the interior life of one person — a man — should indicate that an additional approach is necessary. Namely, the next general assembly of the Synod of Bishops (which will likely occur in the early years of the coming decade) should be dedicated to the role of women in the life of the church.

The importance of this issue — one the church really can't afford to punt on any longer — tracks with the increased importance Francis has placed on the Synod of Bishops during his pontificate. These periodic gatherings of a few hundred bishops and numerous observers from around the world to advise the pope on various issues are wide-ranging, literally spirited affairs, far from the pro forma arrangements they had become in the previous few decades.

The Francis-era synods have also been a gift to the church with real fruit: from the exhortations Amoris Laetitia (on family) and Christus Vivit (on young people), to the simple acts of engagement and listening that have informed these gatherings.

A synod on women would be as universal as the youth synod and as particular as this coming fall's synod on the Amazon region, while sharing with both gatherings the quality of providing a voice/platform to people often marginalized in the church.

All of this is not to say that women haven't experienced progress with Pope Francis. In 2014, he named a record number of women — five — to the International Theological Commission, the body that advises the Vatican's Congregation for the Doctrine of the Faith. At the time, Francis gave these accomplished scholars the infamous compliment of comparing them to "strawberries on the cake" — essentially the 78-year-old Argentine Jesuit equivalent of Tracy Turnblad voicing her enthusiasm for racial integration in "Hairspray."

High-profile appointments by Francis could also be seen to fit the historical patterns of synodality and collaboration in the church. For instance, Pope Pius XII made unilateral liturgical reforms — such as shortening the pre-Communion fast and restoring the Easter Vigil — only to have his successor, John XXIII, call an ecumenical council a decade later, allowing the whole church to own the process of renewal.

More recently, Francis himself let a commission to study the reform of the annulment process completely run its course before convening the second synod to discuss family life in 2015.

Now a commission on women deacons has been found inconclusive on whether the women deacons in the first centuries of the church had a sacramental ministry. One U.S. bishop confided that Francis' avoiding a conclusion was an effort to foster real, substantive public discussion throughout the church — in effect, bringing synodality into the equation without even calling such a gathering. The same bishop went on to say that if ordination really is off the table, then Francis has to do "something real" for women.

Along those lines, it will probably take the deliberation and discernment of a synod discussion to untangle the knot Francis left in Evangelii Gaudium, of noting the problem, especially for women in the church, when "sacramental power is too closely identified with power in general." And recent history strongly suggests that a synod involving — and listening to — women would be especially potent.

In the February meeting on the protection of minors held at the Vatican, two women — Nigerian Sr. Veronica Openibo, leader of the Society of the Holy Child Jesus, and Mexican journalist Valentina Alazraki — offered the interventions most widely seen as cutting through the noise of business as usual in the church and challenging the bishops to transparency and accountability. If a synod on women's issues increased the number of observers to something resembling a dialogue between bishops and women — lay and religious, of all ages, cultures and backgrounds — the ensuing discussion (and eventual magisterial document from a pope) could be seismic in the life of the church.

A line popularly attributed to Thomas Merton is that the greatest human temptation is to settle for too little. If the church is to go beyond the functional matters of appointing women to certain roles and posts, and really break open the possibilities of the "capillary and incisive" role Francis says they are to have, then the Holy Spirit working through the discussions of a synod process is going to play a key part. It's time to enter that space.

Commentary | The Vatican's next Synod of Bishops should focus on women

Six things to look for in 'Amoris Laetitia'