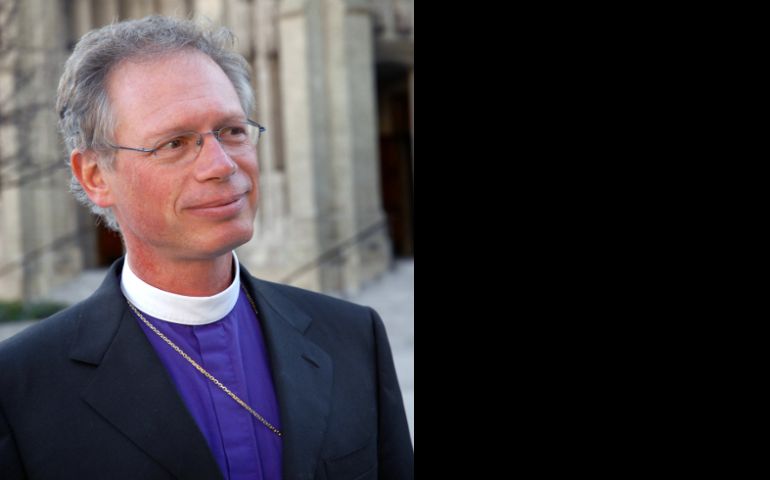 Andrus, who three days earlier had written a letter pledging to work with Cordileone but remaining firm in supporting gay rights and marriage equality, which Cordileone opposes, was escorted to a basement room at St. Mary's Catholic Cathedral and “detained by an usher until the time the service began, whereupon Bishop Andrus left the cathedral,” according to the report.

The spokesman for the Catholic archdiocese told the Associated Press that Andrus’ exclusion was due to a misunderstanding. Spokesman George Wesolek  said that Andrus had arrived late and missed the procession of interfaith clergy.

Church staff, said Wesolek, were looking for an opportunity to bring the bishop in without disrupting the service. "We had no intention of excluding him at all," Wesolek said. "If he felt like because of the wait that was insulting to him, we certainly will apologize."

Andrus, however, said that he was not late. In a statement released on his blog this morning, the Episcopal bishop said he waited in the basement with other invited interfaith dignities. When Andrus attempted to enter the church with the other dignities, the bishop claims, he was stopped.

“An archdiocesan employee attempted to escort me upstairs with the Greek Orthodox group, but was stopped from doing so by the employee to whom I had first identified myself. This person, who appeared to be in a superior role, instructed another employee to stand with me,” Andrus’ statement reads.

“At this point no other guests remained in the downstairs area. The employee and I chatted while waiting. I began to wonder about the time holdup. I checked my phone; it was 1:50 PM. I asked the employee standing with me if the service indeed started at 2, which she affirmed.”

“At 2PM, when the service was to begin, I said to the employee, 'I think I understand, and feel I should leave.' Her response was, 'Thank you for being understanding.' I quietly walked out the door. No one attempted to stop me. No attempt was ever made to explain the delay or any process for seating. I arrived early, before the time given my assistant, and waited to leave until after the service had begun.”