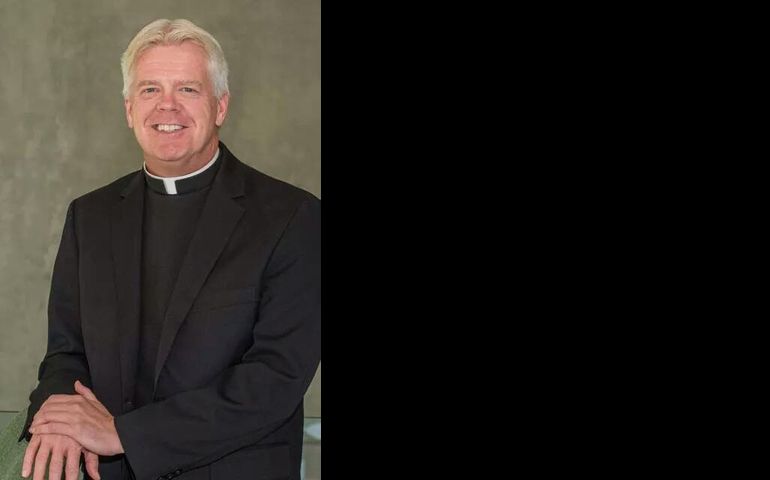 In May, Fr. Warren Hall was abruptly dismissed from his position as the popular campus chaplain at Seton Hall University in New Jersey because the Catholic archbishop of Newark said his advocacy against anti-gay bullying and his identity as a gay man undermined church teaching.

Now Hall has written to Pope Francis, asking that when the pope visits the United States in September, he speak out against such actions because they are "alienating" gay Catholics and the many others who support them.

In the letter, dated July 14, Hall asked Francis to "find time to listen to the challenges faced by LGBT people, especially those who are Catholic and wish to remain a part of the Church they have grown up in, which they love, and yet which it seems is alienating them more and more."

"Good teachers are being fired, pastoral and compassionate priests and religious women" -- referring to nuns -- "are being silenced and accept it out of fear of being disciplined by their superiors, and good, faith-filled people are leaving the Church as they witness all of this happening," he continued.

"As a gay priest, I am personally experiencing all of these things."

Newark Archbishop John Myers called Hall in May to fire him as Hall was giving a final exam to his students at the South Orange campus. Myers told Hall his decision stemmed from concerns over a picture the priest posted on Facebook last fall supporting the "NOH8" campaign.

"NOH8" stands for "no hate," and it grew out of the battle over banning same-sex marriage in California.

Hall stressed that he was not advocating against any church teachings.

Later in May, Hall, 52, who said he remains committed to his vocation as a priest and his vow of celibacy, came out as gay. A spokesman for Myers responded by saying that "someone who labels himself or another in terms of sexual orientation or attraction contradicts what the Church teaches."

Hall noted in his letter to Francis -- which he posted on Facebook -- that he has been given no other assignment by the archdiocese, and in a follow-up telephone interview, he said his salary ceased July 1. He has been living largely on savings and help from friends.

The priest said he never intended to make his sexual orientation an issue or to advocate for gay Catholics. But he said he has decided to welcome the opportunity the crisis presented him.

"I am not a theologian. I am not a politician. But I am gay. So I think I have something to say at this moment in time," Hall said.

Many gay Catholics who are school teachers and parish ministers have been fired in the wake of state, and now federal, rulings allowing them to wed their same-sex partners in a civil ceremony.

The most recent controversy came in Philadelphia, when a school run by an order of nuns fired a longtime staffer after a parent learned that the woman had married her partner and complained to the archdiocese. Philadelphia Archbishop Charles Chaput backed the school, saying administrators "showed character and common sense."

Chaput will host Francis for the final two days of the Sept. 22-27 papal visit, which finishes with a huge outdoor Mass celebrating Catholic families.

Yet many Catholics see such firings as a sharp contrast with the more nonjudgmental approach to gay people espoused by Francis.

Hall said he was motivated by these stories to write the pope, with two goals in mind. The first was to show people upset with the church's treatment of LGBT people that "this can be the church of welcome" that Francis has called for.

"Removing or firing LGBT people is doing more harm to the faithful than having a gay priest or teacher," he said.

The second goal is to support other gay Catholics who are not leaving but who are being "mistreated" by the church and could eventually depart. "Think of all the wonderful people we would be turning away," he said.

Hall said he has chosen not to be angry or depressed about his dismissal and said his years as a recovering alcoholic have also helped him deal with the situation, he said.

"I am annoyed. I am frustrated. But I do see a great possibility here," Hall said. He said he would love it if Myers let him start an LGBT ministry, as some other dioceses have done, though he doesn't expect it.

The priest said he has had offers from non-Catholic churches to work for them, but as much as he appreciates the support, he wouldn't consider switching. "I'm Catholic, I'm not leaving!" he said with a laugh.

He has no idea if he will receive a response to his letter; Francis has been known to write or even cold-call those who try to contact him. But he said during his U.S. trip, when so much focus will be on Catholic teachings and approaches on sexuality, Francis could begin to change what Hall said is a damaging dynamic in the church over gay people.

"He could more strongly offer the message that this is your church, too. You are welcome here," Hall said.

"He could at least help to slow down the firings," he said, "and help everyone sit back and take a breath. Perfection is our goal, but no one's there. How can we move forward together for the kingdom?"

Gay and celibate, Ron Belgau is the official face of gay Catholicism for Pope Francis’ visit