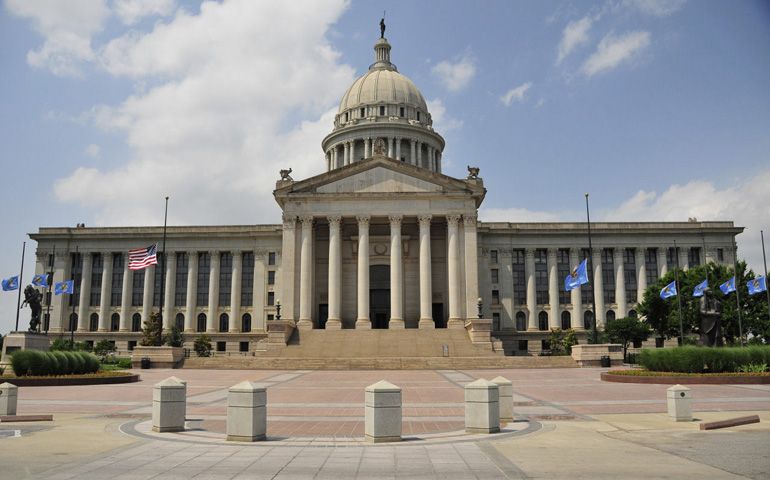 The American Civil Liberties Union of Oklahoma first filed a lawsuit challenging the monument's constitutionality in 2013.

In a 7-2 ruling, the justices said the monument was in violation of Article 2, Section 5 of the Oklahoma Constitution. The article states that public money or property cannot be used or donated "for the use, benefit, or support of any sect, church, denomination, or system of religion."

The wording is critical because the monument was purchased with private donations but placed on public land.

Oklahoma Attorney General Scott Pruitt released a statement saying the justices got it wrong. Pruitt argued that the monument is nearly identical to a Texas monument that was found constitutional by the U.S. Supreme Court.

He said he plans on petitioning for a rehearing. Gov. Mary Fallin also released a statement, in which she indicated that she would be talking to Pruitt's office about legal options.

The monument was erected in 2012. Since then, several other religious groups have asked to place their own monuments on the state Capitol grounds.

The decision likely affects a proposed satanic monument that New York's Satanic Temple applied for in 2013. After that application, as well as one from a Hindu group, the Oklahoma Capitol Preservation Commission put a hold on all new monuments.

On the verge of Lent, remember the essentials