Wisconsin priest is asked to resign after 'divisive and ineffective' behavior 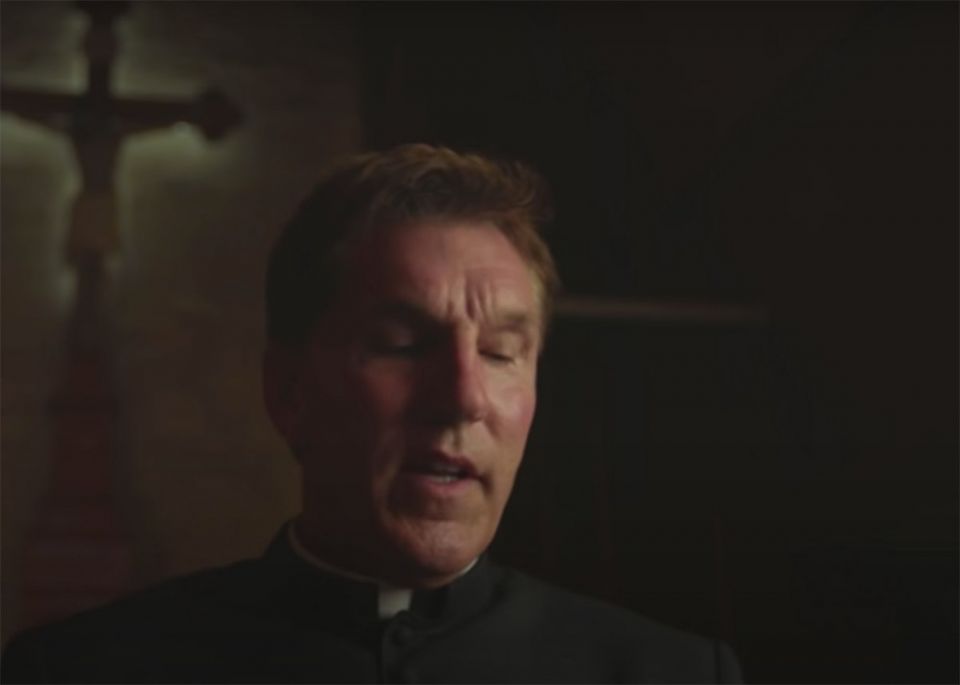 Fr. James Altman, a Wisconsin priest who became a right-wing firebrand for claiming during the 2020 election that faithful Catholics cannot be Democrats, for consistently ignoring COVID-19 safety protocols and for making a series of anti-immigrant and racist remarks, has been asked to step down as pastor of his church.

In a homily delivered at St. James the Less Catholic Church on May 23, Altman told parishioners that La Crosse Bishop William Callahan had asked Altman to resign as pastor.

Altman told parishioners that the bishop had labeled him as "divisive and ineffective."

Altman said in the homily that the parish has benefited financially from his increased national profile. He announced that his canon lawyer would challenge the bishop's request for him to step down.

Callahan had previously warned in September that "canonical penalties [against Altman] are not far away if my attempts at fraternal correction do not work."

The bishop's warning came in response to a 10-minute YouTube video by Altman, posted Aug. 30, 2020, that denigrated Washington Archbishop Wilton Gregory and slurred migrants. One month later, in defiance of the bishop's order, Altman headlined a luncheon event in Chicago and continued to give a series of interviews where he repeated his message that "you cannot be a Catholic and be a Democrat."

A spokesman for the La Crosse Diocese did not respond to NCR's request for comment.

Although Altman's bishop in Wisconsin is now attempting to rein him in, one Catholic bishop in Texas has risen to his defense.

"Fr. James Altman is in trouble for speaking the truth," Bishop Joseph Strickland of Tyler, Texas, wrote on Twitter on May 24. "He inspires many to keep the faith during these dark days. Let us pray for him."

In September, Strickland endorsed Altman's popular video and praised him for his "courage." Similar to Altman, Strickland has railed against COVID-19 restrictions and regularly uses his social media platform to contradict Pope Francis and the U.S. bishops' conference by encouraging Catholics not to accept the COVID-19 vaccine.

Over the last nine months, Altman's contentious rhetoric — where he has said that those enforcing COVID-19 safety protocols will burn in the "lowest, hottest levels" of hell, suggested that lynching was a form of capital punishment, and referred to the Deferred Action for Childhood Arrivals program that protects migrants as standing for "criminal illegal aliens" — has made him a hero for some traditionalist Catholics.

In October, he was profiled by the fringe Catholic website Church Militant, and last month, he posed for a photo having dinner with Hollywood star Mel Gibson. Since announcing the bishop's plans to remove him, a fundraising effort to support him has brought in over $116,000.

While some Catholic commentators have argued that Altman should have been removed earlier following such remarks, others have warned that his removal will only aid in raising his profile and further financial support.

Nicholas Cafardi, a civil and canon lawyer and a professor and former dean at Duquesne University School of Law, said that the church's Code of Canon Law clearly outlines both a pastor's rights and responsibilities and the process for removing a pastor from his post.

"Pastors are meant to be stable," Cafardi told NCR, who noted that until recently the role of pastor was a lifetime appointment. Under the 1983 Code of Canon Law, bishops' conferences are allowed to set term limits for pastors, which in the United States is typically a six-year period.

In order for a pastor to be removed, the bishop must have a proper cause.

"The cause here is for disturbing ecclesiastical communion," said Cafardi.

According to the code, said Cafardi, in order for the bishop to proceed with the process, he must send two pastors from the diocesan priest's council to meet with the pastor in question and discuss the situation at hand. The pastor must then have an opportunity to defend himself, including in writing, and the bishop has to respond. Ultimately, said Cafardi, the bishop can decide, in consultation with two pastors from the priest's council, that the cause is just and issue a decree revoking the pastor's appointment.

"The process for removing a pastor is extremely fair, with protections for a pastor built in," including an option to appeal the decision to the Vatican's Congregation for the Clergy, he said.

Yet Cafardi noted that given the priest's divisive profile, "with politics involved, people are going to see what they want to see."

A version of this story appeared in the June 11-24, 2021 print issue under the headline: Wisconsin priest asked to resign after 'divisive' behavior .

Editorial: We need bishops to stand up to spread of fake news

Trump thinks his road to victory passes through the Catholic Church