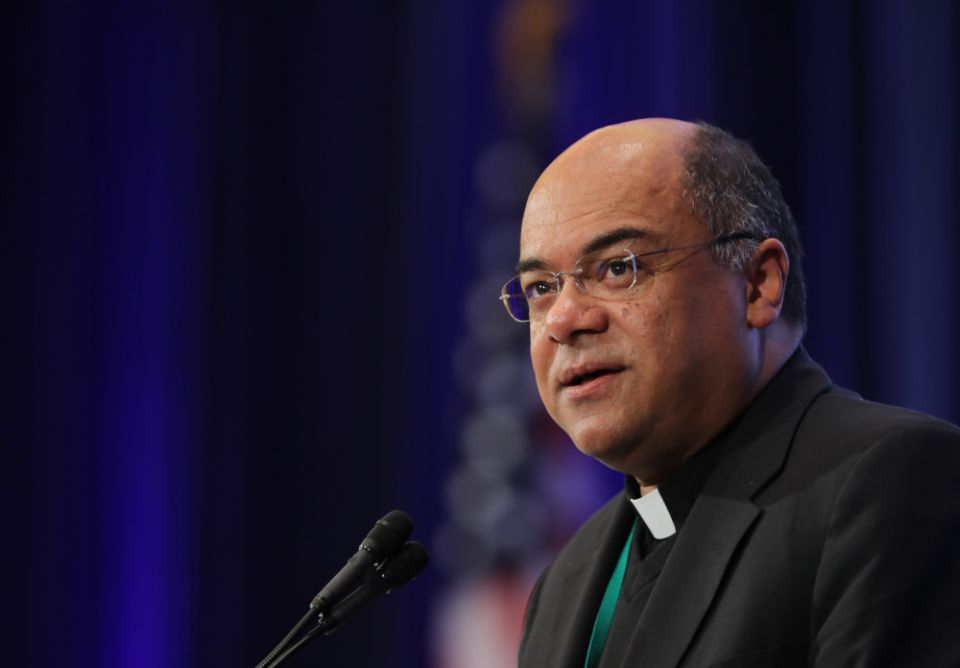 Baltimore — One year after the U.S. bishops approved their pastoral letter against racism, the document is hardly just sitting on a shelf but is the basis for listening sessions in dioceses around the country and is an educational tool for individuals, schools and parishes, the bishops were told Nov. 13.

Bishop Shelton T. Fabre of Houma-Thibodaux, Louisiana, chairman of the U.S. bishops' Ad Hoc Committee Against Racism, described the attention the letter is getting around the country in a presentation on the final day of the bishops' annual fall meeting in Baltimore.

He reminded the bishops that in the two years since the ad hoc committee was formed, it has been "hard at work as the church works to acknowledge past harms and cultivate racial reconciliation."

The document, titled "Open Wide Our Hearts: The Enduring Call to Love — A Pastoral Letter Against Racism," sold out its first 2,000 copies eight months after it was printed and was recently sent out for a second printing. It is available online in English and Spanish along with study guides at www.usccb.org/racism.

Fabre said the ad hoc committee's most important work has been the listening sessions that began last August. So far there have been 13 sessions around the country, and more are scheduled for next year.

These sessions spring from the very words of the pastoral letter: "We must create opportunities to hear the painful stories of those whose lives have been affected by racism."

In these sessions, starting with the first one in St. Louis, the bishop said the committee's members have heard both the hurt caused by racism and the hope that church and society will root it out.

Some of the participants, he said, have shared experiences they have rarely, if ever, spoken of before.

Diocesan bishops attending these sessions have been linked to the laity in ways that open "new possibilities for further healing," Fabre said, adding the bishops' committee is helping these dioceses with follow-up sessions or other ways to implement the pastoral letter.

All the offices and committees of the U.S. Conference of Catholic Bishops are committed to ending racism, he said. He highlighted in particular, the educational outreach of the USCCB's Justice, Peace and Human Development Office, which is helping to develop a children's book in response to the pastoral on racism called "Everyone Belongs."

The ad hoc committee has addressed several national Catholic organizations about their possible use of the pastoral letter. It also is working on developing catechetical resources for schools and supporting or developing Catholic college programs, seminary training and ecumenical efforts.

In closing, he said the "single cry" committee members hear most often at listening sessions is that "the laity never seems to hear homilies on racism."

"I would ask you to work with me to change that perception," he told the bishops, "so that we all will come to hear regularly, and with one voice, that racism is opposed to the Gospel of Jesus Christ and that the Catholic Church in the United States is committed to standing against the evil and sin of racism with all its strength."

To this end, he said his committee would seek to provide more homily resources to bishops and priests.

He also stressed that the committee's work "goes beyond simply calling out the evil of racism" but involves urging "all people to see the deeper reality of God's purpose and the in creating all of us with unique and unrepeatable value."

The bishop didn't say the work was easy, but he finished his presentation by saying: "With God's grace our efforts will bear fruit in these challenging times."