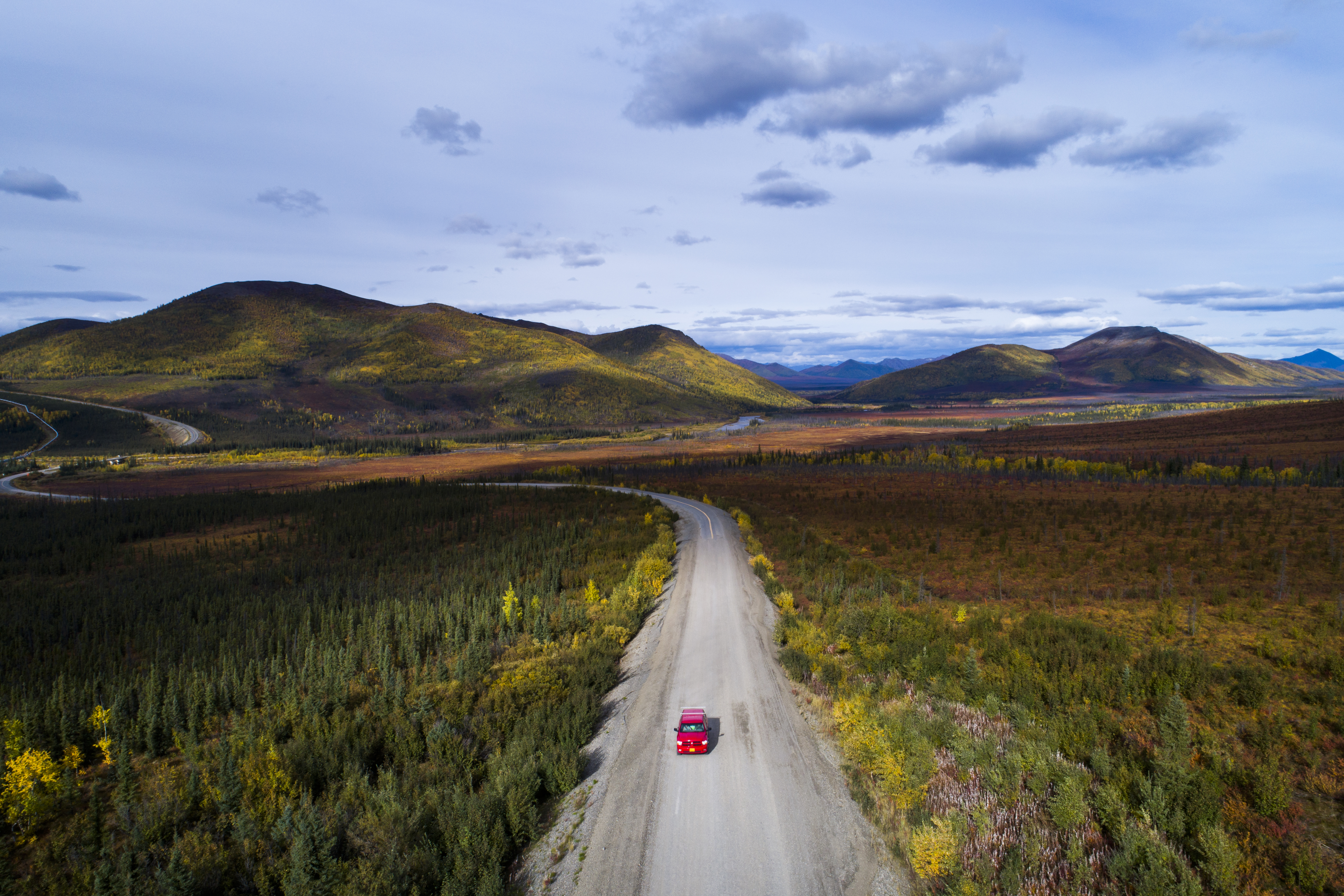 People travel along Dalton Highway near Coldfoot, Alaska, Sept. 3, 2017. The Catholic bishops of Alaska have released a pastoral letter affirming that all Catholic moral teachings stem from the foundational belief in the dignity and sanctity of every human life. (CNS/Jim Lo Scalzo, EPA)

The Catholic bishops of Alaska have released a pastoral letter affirming that all Catholic moral teachings stem from the foundational belief in the dignity and sanctity of every human life.

From this starting point flows the church's emphasis on the importance of upholding marriage as between one man and one woman, the rationale behind robust religious freedom, the role of chastity in human relationships, and the church's teaching on sexual orientation and gender identity.

Etienne said the letter came about as part of the Alaska bishops' discussions on how to best exercise their roles as teachers.

"There are a growing number of social issues today that need to be addressed from a faith perspective, and yet require more than a sound bite to adequately outline the theological principles which underpin our beliefs and teachings," Etienne wrote on his blog the day of the letter's release.

He noted that the bishops desired to address a number of issues and "realized that what is fundamentally at the heart of each of the issues is the need for a proper understanding of the human person."

"If we wish to make a serious contribution to the numerous social conversations of our time, it is important to be properly grounded in our Christian understanding of the human person as created in the image and likeness of God," he explained.

While the letter tackles a number of serious social issues facing the church and society, it does so by showing how all the church's positions flow coherently from her core convictions.

Etienne notes that the belief that "every life is sacred, and all life has an inherent dignity" moves the church to uphold the "sanctity of every life, from conception to natural death."

Similarly, because God creates each person, "religious freedom to know and worship God is a fundamental right to be exercised without coercion or restriction," Etienne reasoned. It is in relationship with God, and more specifically, with Jesus Christ, that we learn the depths of God's love and the truest identity and potential of our humanity."

Etienne added that the pastoral letter also addresses human sexuality and the family because humans, who are called to "live in the image and likeness of God," have a responsibility "to know the one who has created us, and to live in right relationship with God and with each other."

Concluding his introductory remarks on the letter, Etienne noted that in the "face of growing individualism and secularism, we draw attention back to God's design for the human family. We reiterate our belief in truth as revealed by Jesus Christ. As we teach in this letter: 'Truth is something to be discovered by reason -- not defined by choice.'"

Etienne said his hope is that the letter will recover a "belief in the sanctity and dignity of every human life, while at the same time renew our commitment to better understand and pursue God's designs in order to build up God's kingdom in our world today."