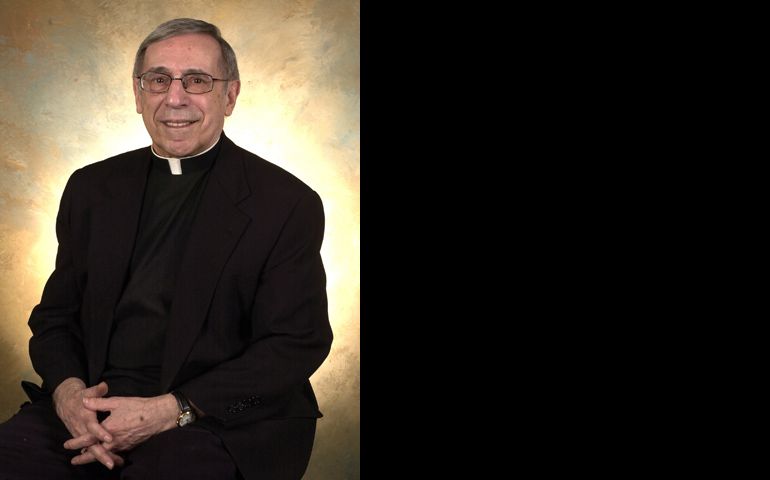 Retired Bishop Anthony Bosco of Greensburg, Pa., who headed the diocese from 1987 to 2004, died at his home July 2 at age 85. (CNS/Courtesy Diocese of Greensburg)

Greensburg, PA. — Retired Bishop Anthony Bosco of Greensburg, who headed the diocese for nearly 17 years until his retirement in 2004, died July 2 at his home in Unity Township. He was 85.

Installed as the third bishop of Greensburg June 30, 1987, Bosco served the church as a bishop for 43 of his 61 years as a priest. Committed to the Second Vatican Council's call to the laity, Bosco's tenure was marked by a multitude of efforts to catechize the laity and bring them into a richer involvement with the church.

Bosco instituted "New Wine, New Wineskins: Revisioning the Parish Through the Ministry of the Parish Pastoral Council," a process that focuses on parish leadership. He also began a regionalization effort to help parishes in a given area work together to fulfill the mission of the church.

He promulgated the diocese-wide effort "Journey of a Lifetime," which focused on education in the Catholic faith as a lifelong process, and "Taste and See: Catechesis as Food for the Journey," the diocesan catechetical guidelines.

He also had to deal with difficult issues. A changing economy, especially the loss of the area's major industries -- steel and coal -- led to significant population declines in several parts of the diocese. That necessitated the closing of several parishes, decisions met with varying degrees of public opposition.

Believing strongly that the diocese should increase endowments to ensure a stable future, Bosco launched a $25 million campaign, "Honoring Our Past ... Shaping Our Future," the diocese's first capital campaign, on Sept. 21, 2000. The effort raised more than $28 million for the diocese and its parishes.

He was active in the media for much of his priesthood, including working with KDKA radio in Pittsburgh during Vatican II, hosting a television program, writing a column ("A View from the Bridge") for The Catholic Accent, Greensburg's diocesan newspaper, and providing commentary for "Accent on the Air," the former diocesan radio newsmagazine.

On the national level, he served for many years on the U.S. bishops' Committee on Communications, including service as its chairman.

He embraced new communication technology to evangelize and educate, overseeing development of a diocesan website and connecting all of the diocese's parishes via a single network.

He also was active in ecumenical affairs as a member of the Christian Associates of Southwest Pennsylvania.

The Catholic Press Association honored Bosco with the 2001 Bishop John England Award, which is given to publishers in the Catholic press for their defense of freedom of the press and freedom of religion.

In 2001, he issued his pastoral letter, "On Bended Knee: The Eucharist and Service."

Bosco was ordained a priest for the Pittsburgh diocese June 7, 1952. He earned a licentiate in canon law from the Pontifical Lateran University in Rome in 1957. He served in several capacities in the Pittsburgh chancery and was named a monsignor in 1968.

He was ordained a bishop for the Pittsburgh diocese June 30, 1970, and served there as an auxiliary until his appointment to Greensburg in 1987.

Bosco remained active in retirement, celebrating Mass at Blessed Sacrament Cathedral as recently as June 29. He also worked in various educational capacities, serving as a facilitator for the University of Dayton (Ohio) Virtual Community for Lifelong Faith Formation and teaching a religion class at Seton Hill University in Greensburg.

He is survived by his brother, James Bosco, and his sister-in-law, Sharon, of Kalamazoo, Mich.; three nephews, Mark, James and Joseph Bosco; and two nieces, Joanne Bosco and Gina Bosco.

Dorothy Day's 'filthy, rotten system' likely wasn't hers at all

Edward Schillebeeckx: A herald of God among us

Catholic schools provide a beacon of hope to Washington families