Case on transfer of archbishop's body is returned to original N.Y. court 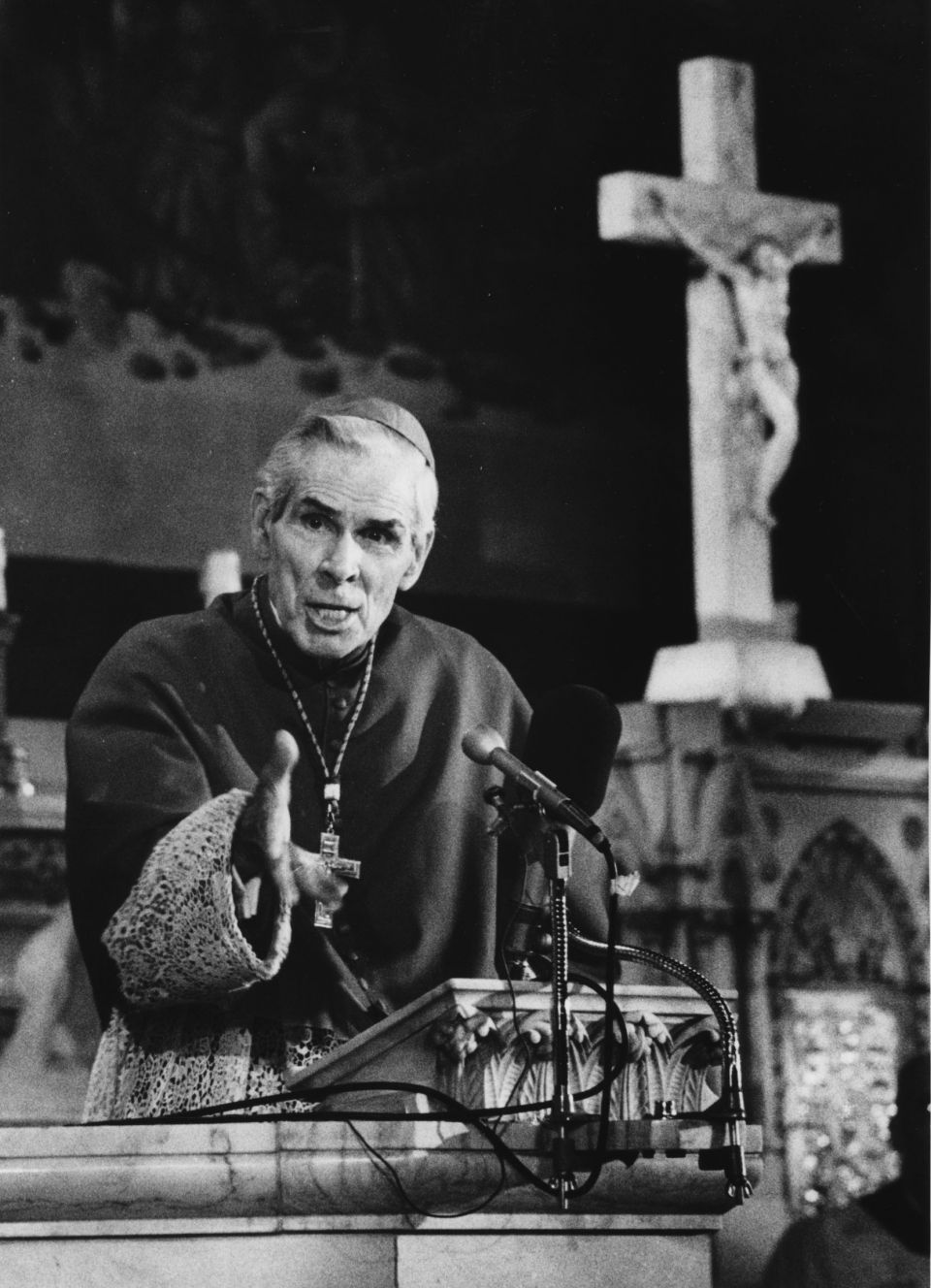 New York — The case involving the transfer of the remains of Archbishop Fulton Sheen from New York to Peoria, Illinois, has been sent back to the original court by the New York Supreme Court's appellate division* for an evidentiary hearing.

Sheen, a Peoria diocesan priest, gained fame in the 1950s with a prime-time television series called "Life Is Worth Living." He died in New York Dec. 9, 1979.

The transfer of the archbishop's remains is seen as a key factor in the continuing progress of his sainthood cause, officially opened in 2002 by the Diocese of Peoria. The causes was suspended by the diocese in September 2014.

"We are confident that the new hearing and ruling will be completed in short time," Msgr. James Kruse, vicar general of the Diocese of Peoria, said in statement. He predicted the court will rule in favor of Joan Sheen Cunningham, Archbishop Sheen's niece and closest surviving relative.

Cunningham is seeking to have the prelate's remains removed from St. Patrick's Cathedral in New York and transferred to St. Mary's Cathedral in Peoria, where a crypt is being prepared for his re-interment.

The Archdiocese of New York said in a statement it hoped the Peoria Diocese will reopen the cause for the beatification and canonization of Sheen. "There is no impediment to his cause progressing, as the Vatican has told us there is no requirement that the earthly body of a candidate for sainthood reside in a particular place," it said.

In its 3-2 decision issued Feb. 6, the New York Supreme Court's appellate division reversed the 2016 decision and called for an evidentiary hearing solely on disputed issues regarding Sheen's own burial wishes.

Kruse said Cunningham's attorneys -- working closely with Patricia Gibson, Peoria's diocesan chancellor -- "are very confident the new hearing will end in re-affirming the original ruling." He pointed out that Bluth, who had already addressed the discrepancy in Cunningham's favor, will preside at the evidentiary hearing.

Sheen was born in the Woodford County community of El Paso, Illinois, May 8, 1885, and moved with his family to Peoria so that he and his brothers could attend St. Mary Cathedral Grade School and Spalding Institute. He was ordained to the priesthood in the cathedral Sept. 20, 1919.

After brief priestly ministry in Peoria, he went on to serve on the faculty of The Catholic University of America in Washington for nearly 30 years.

He began his broadcast career in radio in 1930. In 1952, his famous television show "Life is Worth Living" began airing and quickly gained a large audience with many non-Catholics becoming regular viewers. He won an Emmy for outstanding television personality for the show.

He was national director of the Propagation of the Faith from 1950 to 1966. A former auxiliary bishop of the New York Archdiocese, he was bishop of Rochester, New York, from 1966 to 1969 and was given the personal title of archbishop when he retired from that diocesan post. He is the author of dozens of books, including his autobiography: "Treasure in Clay."

In 2012, 10 years after his canonization cause was officially opened, Pope Benedict XVI announced that the Vatican Congregation for Saints' Causes of Saints had recognized Sheen's life as one of "heroic virtue," and proclaimed him "Venerable Servant of God Fulton J. Sheen."

The first approved miracle necessary for his beatification has cleared two of the three stages necessary for Sheen to be declared "blessed."

In September 2015, his cause was suspended indefinitely, when the Archdiocese of New York denied a request from Bishop Daniel Jenky of Peoria, Illinois, president of the Archbishop Sheen Foundation, to move the archbishop's body to Peoria.

*This story has been updated with the correct name of the court.

People | Case on transfer of archbishop's body is returned to original N.Y. court