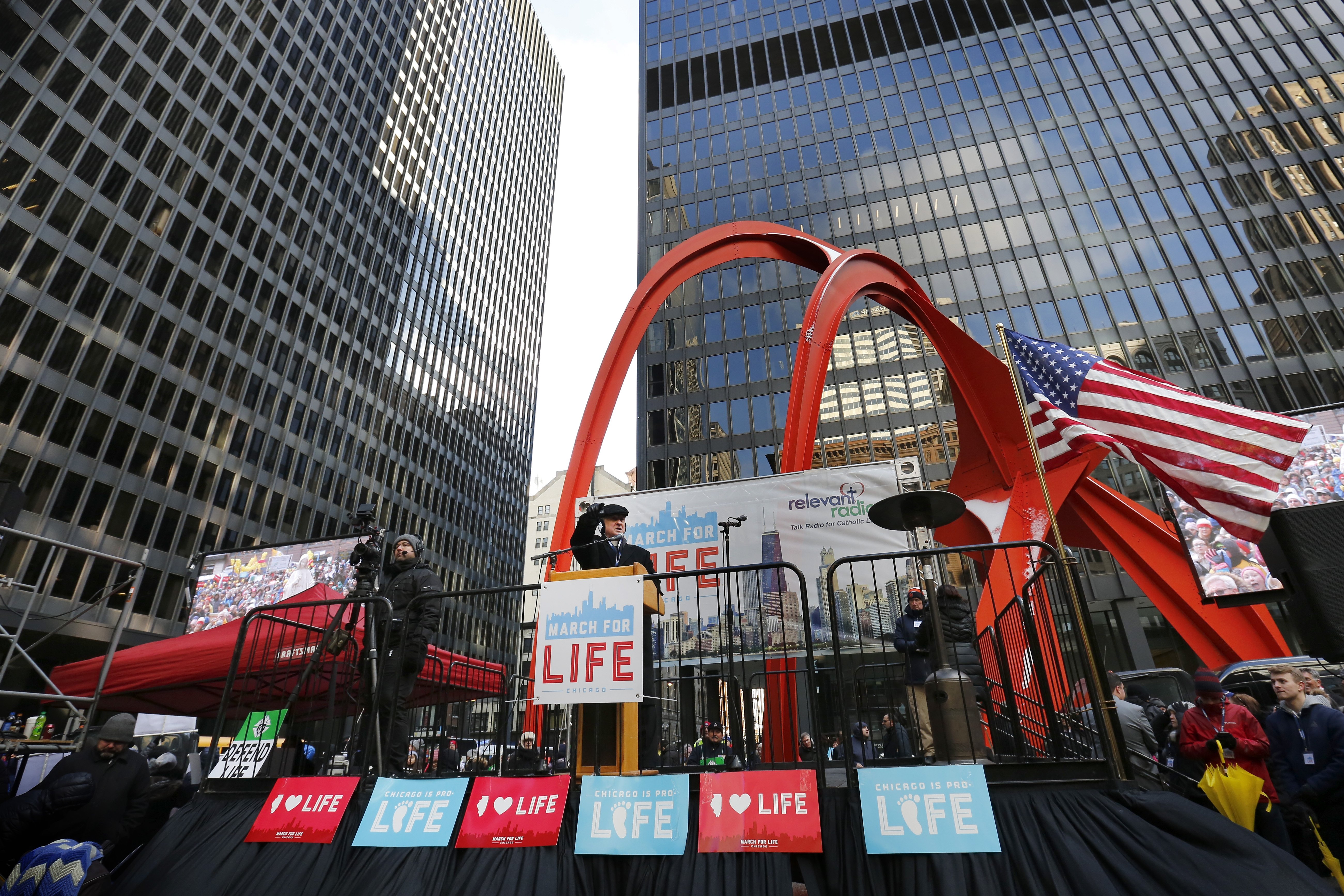 There is hope that legal protections for unborn children "which we have advocated for decades will soon become a reality," Cardinal Blase J. Cupich of Chicago told a pro-life rally.

Addressing the annual March for Life Chicago Jan. 8, Cardinal Cupich expressed the hopes of the pro-life community without directly naming the abortion case the Supreme Court heard in December.

The case, Dobbs v. Jackson Women's Health Organization, involves Mississippi's appeal of a lower court's injunction on its law banning most abortions after the 15th week of pregnancy.

The cardinal's comment was met with a few cheers from the several hundred people gathered in the city's Federal Plaza.

Cardinal Cupich, who was wearing a mask to protect against the surging coronavirus pandemic, went on to say that other lives must be the focus of pro-life efforts as well.

Overturning the 1973 Supreme Court decision in Roe v. Wade that legalized abortion is "really not our only goal," he said.

"It's important for children who are brought into the world that their mothers are supported, that their families are supported. We march today for respect for all human life. That's the goal that we need to pursue."

The cardinal also commended people at the rally who were wearing face masks, urging them to "continue to look for ways to end the pandemic by promoting life."

"It's really important to do that," he added, a comment that was followed by a few boos and heckles from the crowd.

In response, Cardinal Cupich said: "Now I know there's some people in this crowd who don't respect the unborn and that's too bad. But let me speak, let me speak."

The cardinal described the importance that pro-life efforts must embrace caring for immigrants, people on death row, the elderly and victims of poverty, war and famine.

The heckles then picked up, continuing throughout the rest of Cardinal Cupich's speech and lasting about five minutes. It was unclear what was being shouted based on a review of the recorded livestream of the rally on Facebook.

Cardinal Cupich was escorted away by security guards as the rally continued.