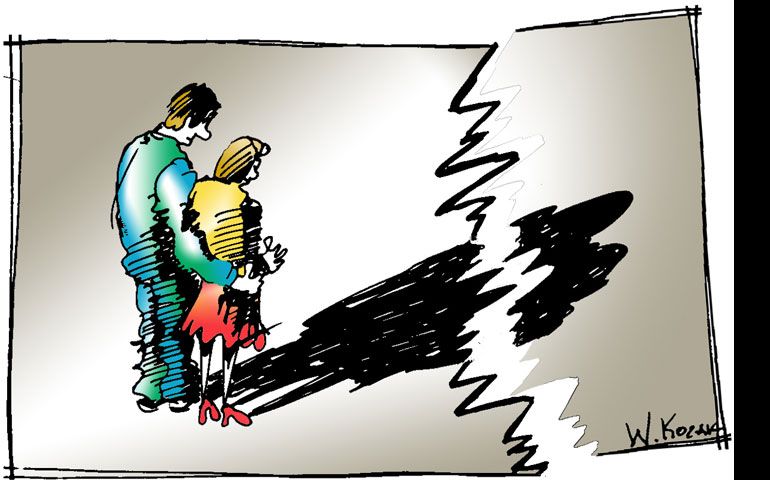 This article appears in the Synod on the Family feature series. View the full series.

With the October Synod on the Family upon us, I've been rereading Eusebius' account of the Council of Nicea. He writes of the bishops whom Constantine called together in A.D. 325:

Three hundred and eighteen bishops were assembled. ... At this period, many individuals ... bore in their bodies the marks of the Lord Jesus Christ. ... Paul, bishop of Neo-Caesarea, a fortress situated on the banks of the Euphrates, had suffered from the frantic rage of Licinius. He had been deprived of the use of both hands by the application of a red-hot iron, by which the nerves which give motion to the muscles had been contracted and rendered dead. Some had had the right eye dug out, others had lost the right arm. Among these was Paphnutius of Egypt. In short, the council looked like an assembled army of martyrs.

I am moved by Eusebius' description of this "assembled army of martyrs," home from the beatings and imprisonments and tortures that tried and marked their faith. They had earned their right to speak, not only as ordained bishops, but as those who had run the race and stayed the course.

I wonder if there shouldn't be other wounded faithful at this synod? I'm thinking of my friend Rebecca, whose first husband died when they were both young and had small children. Rebecca and Jack married in the church and baptized their children. They were faithful Catholics, active in their parish. They cared for her ailing parents and welcomed a newborn, even as Jack was diagnosed with the ALS that would kill him.

As Jack's illness grew worse, they prayed and thanked God for what remained. Though Rebecca says she still wonders "why God took Jack," it is simply that -- the honest question of a loving daughter, and not a denial or turning away from faith.

After his death, Rebecca was a young widow with four children, two of whom were too little to have any reliable memories of their father. She admits that she was scared, and that this fear led her into a second marriage.

That marriage lasted almost 20 years. She and her second husband had a daughter. Then he left Rebecca, telling her he was unhappy and wanted out. She got a civil divorce and an ecclesiastical annulment. She did everything the church asked, and she has not remarried. Still, this is what Rebecca recalls of those days: "During that time I felt the church did not have a place for me or even want me there."

When her parish sent out a questionnaire asking what needs should be identified and met, Rebecca wrote back saying, "There was NO help or support from my church! Do I have to go to another because my husband walked out on me?"

She was asked to address a committee in her parish. After she spoke, the committee chair told her, "We can't have divorce care for our parishioners. That would mean we accept divorce."

In all this time, through all her troubles, Rebecca has stayed faithful to Christ and to the church. For more than 10 years, she has led a support group for divorced people in her parish. She says, "Our focus is on healing and remaining faithful to the church."

But she heard this from a friend who found care and support in a local Protestant church: "It was hard to go through my divorce, but harder afterwards to find there was little or no support from the Catholic church. In the 16 years I've been divorced, the church has not reached out to me."

I think of the fellow divorced and remarried parishioners who tell me they have an intense hunger for the body and blood of Christ, that they are most in need of this food for the journey at precisely the moment when they are barred from the sacraments.

Rebecca's scars, and the scars of those who have walked her lonely way, are not visible. She has not had her "right eye dug out," but she has had her heart broken, a real, if invisible, wound. She, too, bears in her body "the marks of Our Lord Jesus Christ." And, like the men Eusebius describes, she has stayed the course.

The "assembled army of martyrs" at Nicea had surely learned the truth of Christ's two natures. They knew Christ as the divine One who kept the church when the strongest power on earth set out to destroy it. But they also knew Christ as the human One who walked with them through the pain, and who kept vigil with them through the long nights. Their hard-won wisdom was good news for the council and for the church.

A woman like Rebecca has learned, in her bones, what Cardinal Walter Kasper describes as the dual nature of mercy and fidelity. He writes:

Because God is faithful, he is also merciful, and, in his mercy, he is faithful, even when we are unfaithful. Mercy and fidelity belong together. Therefore, there can be no human situation that is absolutely desperate and hopeless. However far a human being may fall, he or she never falls deeper than God's mercy can reach.

Rebecca knows God's mercy, but she has also known the absence of mercy from the church. She has wisdom to share, and the church needs to hear it, from her, and from millions of her sisters and brothers.

[Melissa Musick Nussbaum lives in Colorado Springs, Colo. More of her work can be found at thecatholiccatalogue.com.]