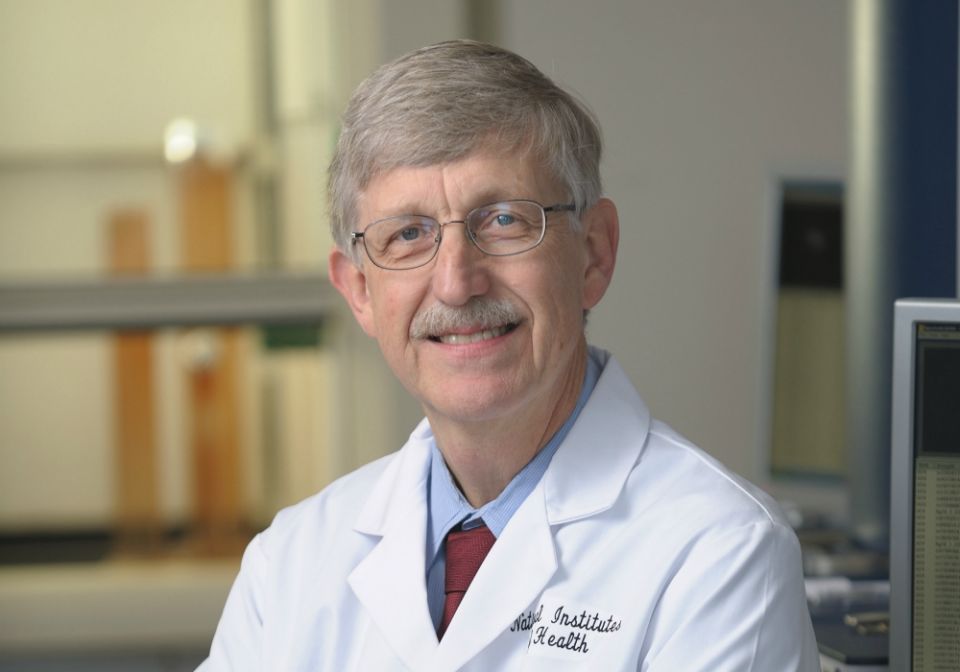 Dr. Francis Collins — a renowned American geneticist and physician, best-selling author, director of the National Institutes of Health and a member of the Vatican's Pontifical Academy of Sciences — is this year's winner of the Templeton Prize.

Collins, 70, who led efforts in developing the Human Genome Project, is a onetime atheist who embraced Christianity at age 27. He is the author of the 2006 bestseller The Language of God, in which he argued that "the principles of faith are, in fact, complementary with the principles of science."

That is one example of Collins' work encouraging "greater curiosity, open-mindedness, and humility among scientists and religious believers with the aim of illuminating a pathway toward, as he has written, 'a sober and intellectually honest integration' of the scientific and spiritual perspectives," Heather Templeton Dill, president of the John Templeton Foundation, said March 20 in announcing the award.

The prize — valued at 1.1 million British pounds (US$1.35 million) — is one of the largest annual awards given to an individual and in recent years has honored those, like Collins, who have made advancements in the understanding of religion and science.

The award is usually announced earlier in the spring, but this year's announcement was delayed due to the COVID-19 pandemic.

Collins was chosen as the 2020 Templeton laureate in late 2019 before the crisis. But Collins told NCR in an interview prior to today's announcement that he only heard about winning the prize about six weeks ago — in the midst of work pressures that have him and his colleagues at the job 100 hours a week. "We're working harder and sleeping less," he said.

Collins said he and his NIH colleagues are now obsessed with medical efforts to stem the pandemic.

"As I write this, almost my every waking moment is consumed by the effort to find treatments and a vaccine for COVID-19," Collins said in a prepared statement. "The elegant complexity of human biology constantly creates in me a sense of awe. Yet I grieve at the suffering and death I see all around, and at times I confess I am assailed by doubts about how a loving God would permit such tragedies."

But, he continued, "then I remember that the God who hung on the cross is intimately familiar with suffering."

"I learn and re-learn that God never promised freedom from suffering — but rather to be 'our refuge and strength, a very present help in trouble,' " Collins said, quoting Psalm 46.

In his interview with NCR, Collins said he and his colleagues at the NIH are "pushing hard" and at an accelerated pace he has never experienced before.

"We're concerned about losing even one day," Collins said, but added that they are also mindful "that this is the moment where you don't want to make mistakes." The NIH is focused on research for both treatments and a vaccine for the coronavirus. "It's like nothing I've been involved with before."

Prior to the NIH position, Collins headed the National Human Genome Research Institute from 1993 to 2008. In that position, Collins oversaw the Human Genome Project, which, as a Templeton biographical profile noted, mapped and sequenced "the three billion DNA letters that make up the human genetic instruction book."

In 2009, Pope Benedict XVI appointed Collins to the Pontifical Academy of Sciences, which studies and discusses scientific and mathematical issues and whose membership is not bound by national identity or religious affiliation.

Collins, a nondenominational Protestant who attends a Presbyterian church, said he has found the affiliation stimulating, cherishing roughly yearly meetings with such luminaries as the late theoretical physicist Stephen Hawking, among others. "It's been a rich conversation," he said.

Unlike fundamentalist Protestants who reject the theory of evolution as unbiblical, Collins said he finds the modern and contemporary Catholic view of science and scientific discovery, undergirded by religious faith, as open and welcome. "I'm a big fan of the Catholic approach," he said, saying it aligns with his own experience that the realms of science and religion need not be contradictory. "I think these things fit in together beautifully."

A biographical profile provided by the Templeton Prize noted, "In his youth, Collins wrestled with issues of religion, veering from comfortable agnosticism to unapologetic atheism."

"But while a third-year medical student serving his residency, he was struck by the power of faith professed by his patients, many of whom faced imminent death. Unable to articulate his own belief, a neighbor, a Methodist minister, introduced him to the writings of C.S. Lewis, the legendary Oxford scholar who himself had tested the tenets of faith through the lens of logic before embracing Christianity. Collins' journey to Christian belief would evolve and strengthen over the next three decades."

Collins, praised for his work in finding common ground between scientists and religious believers, is also a determinedly nonpartisan figure in Washington: He is the longest-serving director of the NIH, first appointed in 2009 by President Barack Obama and reappointed to the position by President Donald Trump in 2017. President George W. Bush awarded Collins the Presidential Medal of Freedom, the nation's highest civilian honor, in 2007.

Asked by NCR if he felt there is a partisan divide in Congress over the role of science — with Democrats perceived as championing science and Republicans skeptical of it — Collins said that he does "not perceive a significant difference between Democrats and Republicans on science. Probably too much has been made of that."

Describing himself as "amazed" by winning the Templeton Prize, Collins said that if "something comes" of receiving the honor, it will be to help young people who ask, "Can we trust science and can we trust faith?"

Collins said he regularly receives emails by those who "are in deep crisis" about reconciling the two worldviews. "My heart aches for these young people."

In announcing this year's award, the Templeton philanthropies said the prize, which began by promoting the idea of progress in religion, will now focus on "research, discovery, public engagement, and religious leadership that advance understanding of and appreciation for the insights of science."

The Templeton Prize was founded in 1972 by the late philanthropist and investor John Templeton, who died in 2008.

Last year's prizewinner was astronomer Marcelo Gleiser, 60, a native Brazilian and professor at Dartmouth College. Past winners have included King Abdullah II of Jordan in 2018, and earlier, Mother Teresa, Alexander Solzhenitsyn, Billy Graham, Desmond Tutu and the Dalai Lama. Among the scientists who have won the prize include the late physicist Freeman Dyson.

The three Templeton philanthropies involved in the award are the John Templeton Foundation, based in West Conshohocken, Pennsylvania, and the Templeton World Charity Foundation and Templeton Religion Trust, based in Nassau, the Bahamas.