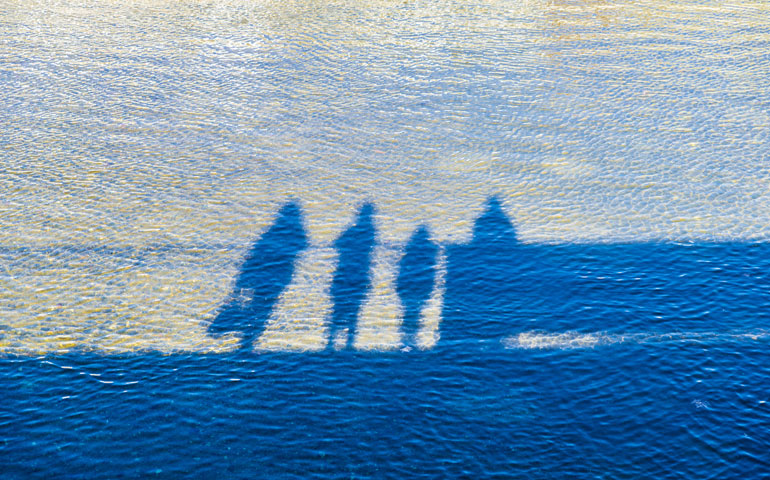 The seventh annual Catholic Conversation Project met in August at Boston College’s Connors Center. Young theologians and less-young public intellectuals from around the country meet annually for a few days to discuss important issues, this year focusing on the family with a view toward the forthcoming synod in Rome.

I have attended all but two of these meetings, and this year I was delighted to be joined by my NCR colleague, Joshua J. McElwee, who gave an outstanding presentation of the church in Africa and the challenges extreme poverty poses to family life on that continent.

Also in attendance at the Aug. 10-11 meeting was Boston Cardinal Sean O’Malley, who helped set the table for the Synod of Bishops, focusing on how Pope Francis has breathed new life into an ecclesial form that had grown stale and boring.

As in past years, the Catholic Conversation Project draws a wide variety of opinions among the theologians, some more traditional and others more inclined to push the envelope. It always makes for a great learning experience for me.

The meetings are on background, so I circled back with some of the speakers and participants after it concluded, to ask them about key points they had made, and what they thought of the discussion.

“When thinking about the family,” said Boston College’s Hosffman Ospino, a co-chair of the project, “theologians, bishops, and public intellectuals -- the three constituencies that the CCP brings together for its meetings -- must bring the best of our tradition to reflect on how to best care for those wounded by divorce and the impact of such reality on their families; explore how affectivity grounds all human relationships; and come to terms with the demands of raising children in the Catholic faith in today’s world.

“These were exactly the topics that grounded our conversation this year,” he said. “One innovation in the structure of our meeting was the invitation to some CCP members to draw from their own wisdom and expertise to prepare written remarks to start the conversation. There is much wisdom, personal and intellectual, in this group. And the exercise truly paid off.”

It seemed to me that this year, in comparison to previous years, the conversation was more anecdotal, rooted in people’s experiences and that of their families. I hope that some of the synod fathers will similarly reflect not only on theological ideas about the family but about their experiences of family life.

Discussions of family quickly turn into discussions of marriage. The two are not the same. Several comments noted that the primordial familial relationship revealed by Jesus Christ is that of a Father and a Son.

Others discussed the enormous pressures placed on the nuclear family as a result of the demise of the geographically aligned extended family. This, too, should concern the synod fathers, specifically, how the church, through its parishes and other ministries, can pick up the slack left by the demise of the extended family living in close proximity to each other.

The Third Plenary Council of Baltimore in 1884 mandated that all parishes build a school. Perhaps, today, all parishes should have a day care.

The group also discussed other cultural pressures placed on marriage.

“Many are rightly concerned about radical new forms of individualism and libertarianism,” said Providence College’s Holly Taylor Coolman. “But there is a vision of marriage that exhibits similar tendencies: Although the spouses are turned toward one another, the marriage remains isolated and self-absorbed.”

There was discussion about the fact that virtually everything, including family relationships, is impacted by the cultural tendency to view life through an economic lens, invoking a cost-benefit analysis that is the exact opposite of what the church means by family.

In addition, seeing as many of these young theologians are also parents of young children, there was a lively discussion of how the family can raise Catholic children in a secular age, a discussion that included a debate on whether the term “snowplow parents” should displace “helicopter parents.” There was widespread agreement that no matter which term is used, the phenomenon shows a lack of trust in God’s providence.

The situation of divorced and remarried Catholics provoked some of the widest divergences among the theologians.

“Where do we put the field hospital?” asked David Cloutier of Mount St. Mary’s University. “Most proposals up till now have focused heavily on dealing with long-term second marriages, but this leaves Catholics in fragile marriages adrift, perhaps waiting around for a long time in an ecclesial no man’s land. They need the field hospital. Common statistics suggest two-thirds of divorces happen in low-conflict relationships, and the church needs to do much more to minister to these couples.”

In a reversal from the usual characterization of the debate on the divorced and remarried, in which “pastoral theologians” argue for change and “traditional theologians” urge restraint, Cloutier specifically looks to the pastoral implications of any change in church practice.

“Why not open multiple field hospitals? Sure,” Cloutier told me after the meeting. “But let’s not kid ourselves about the implications. News of the church’s ‘change’ on divorce and remarriage, however well-delivered, will look to some that the church considers divorce a legitimate option when facing marital difficulty. Send that message, and there may be some wounds healed but many more caused.”

St. Louis University’s Julie Hanlon Rubio comes at the issue of indissolubility of marriage from the same pastoral angle, but ends up in a different place.

“For progressive theologians, it is precisely the vision of marriage as total self-giving that makes it much more difficult to ‘see’ a marriage when one spouse has abandoned the other, abuse or addiction destroy the relationship, or spouses live in the same house while hardly interacting or interacting badly,” Rubio told me.

“In these situations, progressive theologians affirm indissolubility as an ideal that admits of exceptions,” she said. “Traditionalist theologians counter that total self-giving is an ongoing task taken up by human beings with God’s help. Sacramental marriage is a reality; no matter how difficult, it is a union human beings cannot end by will alone.”

Fordham University’s Charles Camosy started the Catholic Conversation Project seven years ago. Like me, he values it precisely because friendships are built across ideological dividing lines.

“But this group was able to offer and discuss in detail a range of opinions in these highly-charged questions in the spirit of love and friendship -- even, at times, relying on very personal and difficult stories as a jumping-off point of their remarks,” he said.

“If we truly believe that we are one church, then we are one family, and we ought to act like it,” Camosy told me. “If we are convinced that our fellow Catholics are committed to loving us -- no matter what -- that creates the opportunity to have a totally different kind of conversation, one which gets beyond the us-vs.-them polarities that for many decades now have torn at the very fabric of our community.”

The Boston College retreat center sits beside the meandering Charles River, near its source, where it is still not very wide, and the water moves slowly down its channel. In one sense, the calmness of the waters is in stark contrast to the lively conversations among the theologians. But, like the river, Catholic theology keeps moving along, always beginning at its source in the revelation of Jesus Christ, eddying here, running faster there, sometimes spilling over its banks.

These meetings of young theologians allow me to observe Catholic theology as it moves along, with the participants taking turns directing the flow, but also mindful that the river has its own strength and power. The river that is theology will not, in this life, reach any ocean of complete understanding. But it is fun and a great blessing to be invited to watch it flow downstream.

A version of this story appeared in the Sept 11-Sept 24, 2015 print issue under the headline: Family conversation across dividing lines.