by Melissa Cedillo
People
Vatican
This article appears in the Synod on Synodality feature series. View the full series. 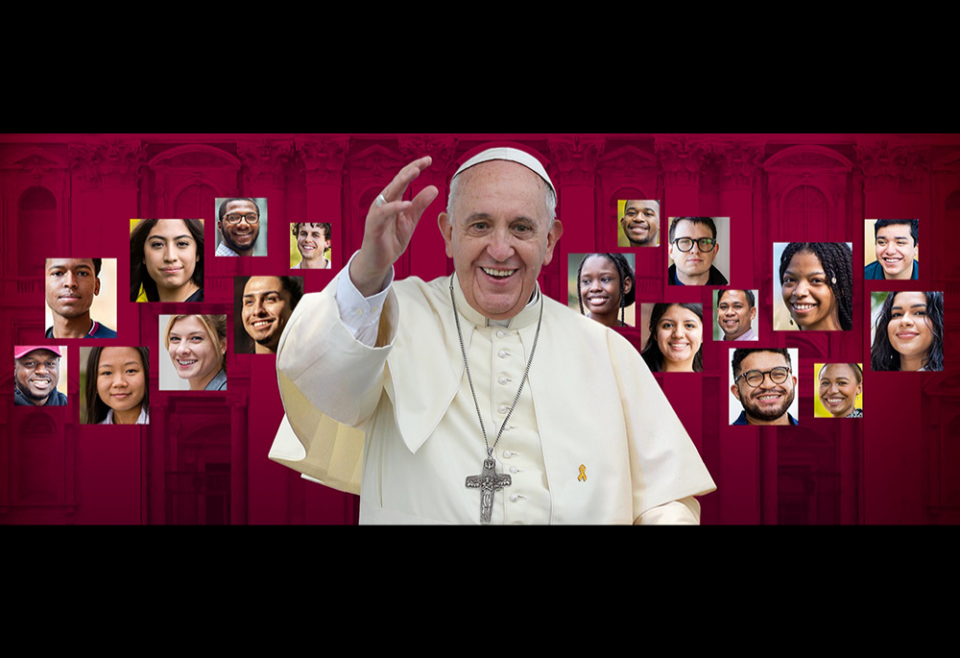 When she first got the email inviting her to a video conference with the pope, Anasofia Gutierrez, a senior at Gonzaga University, thought it was a scam. After reading the details about having until midnight to decide and not talking to the media, she says she thought it was "obviously a joke," until one of her professors confirmed she was in fact being invited to an event with Pope Francis.

Gutierrez, a psychology, women and gender studies, and religion studies major, is one of the many students set to talk with Francis in a virtual dialogue on Feb 24 as a part of the ongoing synod on synodality. During the 75-minute Zoom call, hosted by Loyola University Chicago, students from North, Central and South America, as well as the Caribbean, will share their perspectives on issues that impact their lives, especially immigration and matters related to economic and environmental justice.

The students chosen to participate in the dialogue range from "practicing" to "distant from the church," they told NCR. Many said being part of this listening process has brought them a sense of hope and renewal.

Becca Kranich of Manhattan College said the way the church in the U.S. has responded to LGBTQ+ rights, racism and sex abuse had caused her to lose faith, but the fact that the pope is going to listen to university students has her excited and optimistic.

"It's still shocking just to know that he's [Francis] going to be on Zoom," Shyh Saenz of Gonzaga said.

Estrada was selected by his peers as one of two spokespersons to represent the Pacific region and speak directly with Pope Francis. Before he was approached about this project, Estrada says he was unaware about the ongoing synodal project happening in the church.

"I am involved with campus ministry and I study theology, but I had no clue about the synodal process," he explained. 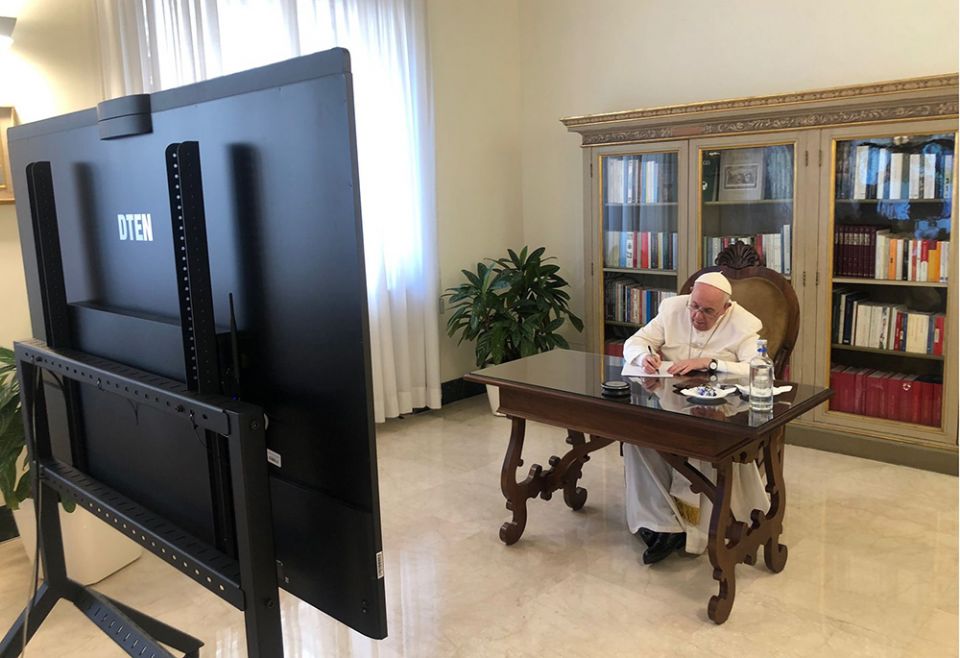 Pope Francis leads a virtual meeting of his Council of Cardinals Sept. 21, 2021, from his residence at the Domus Sanctae Marthae at the Vatican. Students will speak with Francis in a virtual dialogue Feb 24 as a part of the ongoing synod on synodality. (CNS/Dicastery for Communication)

Dave De La Fuente of Fordham University and Ana Ruiz of Georgetown University, two students who are part of the Eastern region, were aware that there was a synodal process happening in the church but did not think that they would actually get to participate in the listening process.

"Even if I had heard about this, I would not have imagined that I could participate because it seems so far away. Pope Francis is physically far and levels of hierarchy are far. It's quite incredible that we have this opportunity," Channing Lee of Georgetown University said.

"Working through universities is also a good strategy for getting as many voices as possible for the church listening session," Laurel Potter of Boston College said.

"It's still shocking just to know that he's [Francis] going to be on Zoom."
—Shyh Saenz, Gonzaga University

A major theme of the video conference is migration, which is personal for many of the students attending.

Estrada is a sophomore theological studies and Spanish major who hopes to be an immigration attorney one day. He said he was inspired to be an advocate for immigration rights by his parents, who migrated to the United States from Mexico to give his family a better life but who have also faced many challenges.

Estrada, who was born and raised in South Central Los Angeles, said he and his parents are excited about the video conference. He plans to bring up themes of migration in the call.

For the past month, Estrada has been meeting virtually with other students from other participating universities to brainstorm about the questions they will ask the pope and about which issues they want to raise with him.

Gutierrez's parents also immigrated to the United States from Mexico, so the issue is one that affects her family personally. Guiterrez describes her family as devout Catholics who are excited for her to have this opportunity.

"My mom sent the livestream link to all of our family WhatsApp group chats," she said.

Guiterrez said as the group has prepared for this video conference, they have been intentional to not just focus on what equitable solutions mean to the global north, but to listen to students that are from countries that are typically forced to migrate.

Organizers said one goal of the video conference is to have the Americas talking to each other about push and pull factors of migration.

She said this fear of being too U.S.-centric was felt by students who were participating from across the Americas. Guitterez said she was careful to not let this project turn into another form of colonization.

More than anything, she says this project has reassured her that students can create change. While she says her relationship with the church has been rocky, she understands the influence and power that the church has when it comes to migration.

For some of the students, Indigenous rights are an important issue, according to Brendan Whittle of the University of Waterloo, one of three students from Canada.

"During our regional meetings for the East, the Canadian context was considered in some respects — such as early on when we talked about Indigenous issues and the residential school system where recently more than 1,800 unmarked graves have been found at what used to be Catholic-run schools," said Mia Theocharis of the University of St. Michael’s College in Toronto.

But Theocharis also was critical of the low representation from Canada, which made it difficult for their voices to be heard. "Overall, however, I felt that as our meetings progressed the Canadian context was considered less and less,” she said.

"Although my Canadian friends did an outstanding job, there should have been a more conscious effort to even out the number of Canadian and American students in the regional group,” she said. “I hope that in the future this will be taken into consideration.”

Other students said that they have enjoyed collaborating and becoming friends with university students from all over the hemisphere and hope to continue to work on future projects together. Estrada said he hopes it leads to students dreaming together to create a better world, a world they want to live in.

Said Potter: "This is a potentially exciting time! The real work lies ahead."

People | Meet the US students set to talk to Pope Francis on Feb. 24

Pope wants church to be voice of poor in Amazon, bishop says

Now is the time for the church to move toward compassion