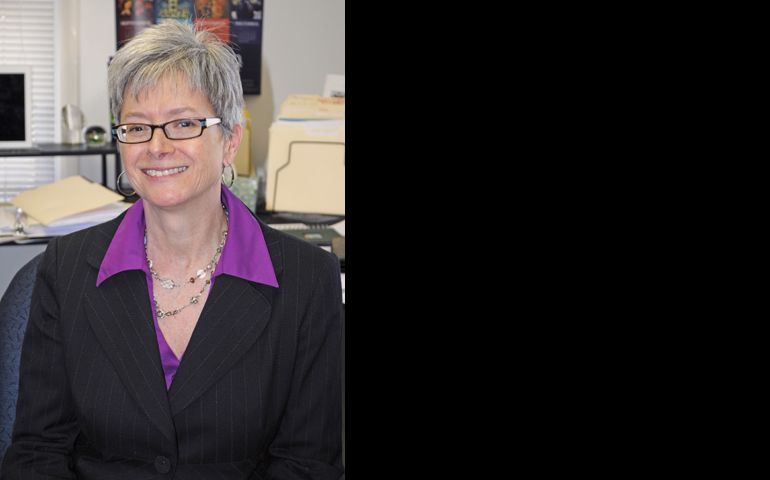 Thomas C. Fox will remain publisher of the company. Fox's work will focus on development and directing the Global Catholic Sisters Initiative, a multiyear reporting project funded with a grant from the Conrad N. Hilton Foundation. Hendel's responsibility will include oversight of NCR's editorial products as well as the day-to-day business operations of the company.

The appointment came after a nationwide search for a CEO/president and was made Nov. 16 during the NCR board's annual fall meeting.

Annette Lomont, NCR's board president, said the board appointed Hendel with "great confidence and enthusiasm."

"Her solid grasp of the NCR mission, her crisp sense of the NCR culture, and her rich experience in journalism, both print and electronic, mightily equip her to lead our company forward," Lomont said. "The NCR board looks forward to working with her to meet our company's strategic objectives in the years ahead."

Hendel has served as NCR's managing editor since July 1. Previously, she worked as an editor at CQ Roll Call in Washington, D.C., covering Congress for print and online publications. That operation had been known as Congressional Quarterly Inc. until 2009, when it merged with its one-time rival newspaper, Roll Call.

Hendel said she was attracted to NCR because it "is a uniquely mission-driven organization."

"Unlike many news organizations that find themselves scrambling to define their purpose, National Catholic Reporter has steadfastly held on to the values upon which it was built almost 50 years ago," she said.

Fox also welcomed the appointment, saying he admired Hendel's values and professionalism. "She is animated by a spirit of love for family and church, by commitments to collaboration and quality journalism, and by NCR's mission of justice, inclusiveness and transparency."

Hendel is married to John Hendel, also a journalist, and they have two children: John, 27, and Malory, 24.

Her grandfather was a journalist, publishing a newspaper in southeastern Kansas. She grew up in St. Louis and completed a journalism degree from the University of Kansas. She has worked for daily newspapers in Dallas and Kansas City, Mo. In 1997, she moved to Washington, where she covered the U.S. economy for the Bloomberg news agency and then moved to Congressional Quarterly.

Fox says Hendel's appointment coincides with a turning point in company history. As NCR prepares to celebrate its 50th year of publication in 2014, its readership is expanding exponentially on the Internet, and it will launch an electronic edition in the coming months.

Fox said he is grateful to readers and supporters who have "stuck with us as we have tried to provide quality, independent journalism. Message to our friends: This transition is a time to celebrate. Message to our detractors: We're not going away."

Fox has been with NCR since 1980, serving as the newspaper's editor until 1997, when he was named publisher. He retired in 2005 but returned in 2007 to serve as editor, interterm publisher, then publisher again in 2010, following the death of then-publisher Joe Feuerherd.

The National Catholic Reporter Publishing Company is a Kansas City, Mo.-based nonprofit corporation. NCR is an independent organization and is not affiliated with any diocese or other official arm of the Roman Catholic church, nor with any group or organization.

The newspaper was founded in 1964 to offer news, commentary and analysis of the church in the United States and the world. NCR is multiyear recipient of the Catholic Press Association's general excellence award.

It has a current paid circulation of about 35,000 and 1.2 million visitors a month to NCRonline.org.

Do your part for the common good: Get vaccinated