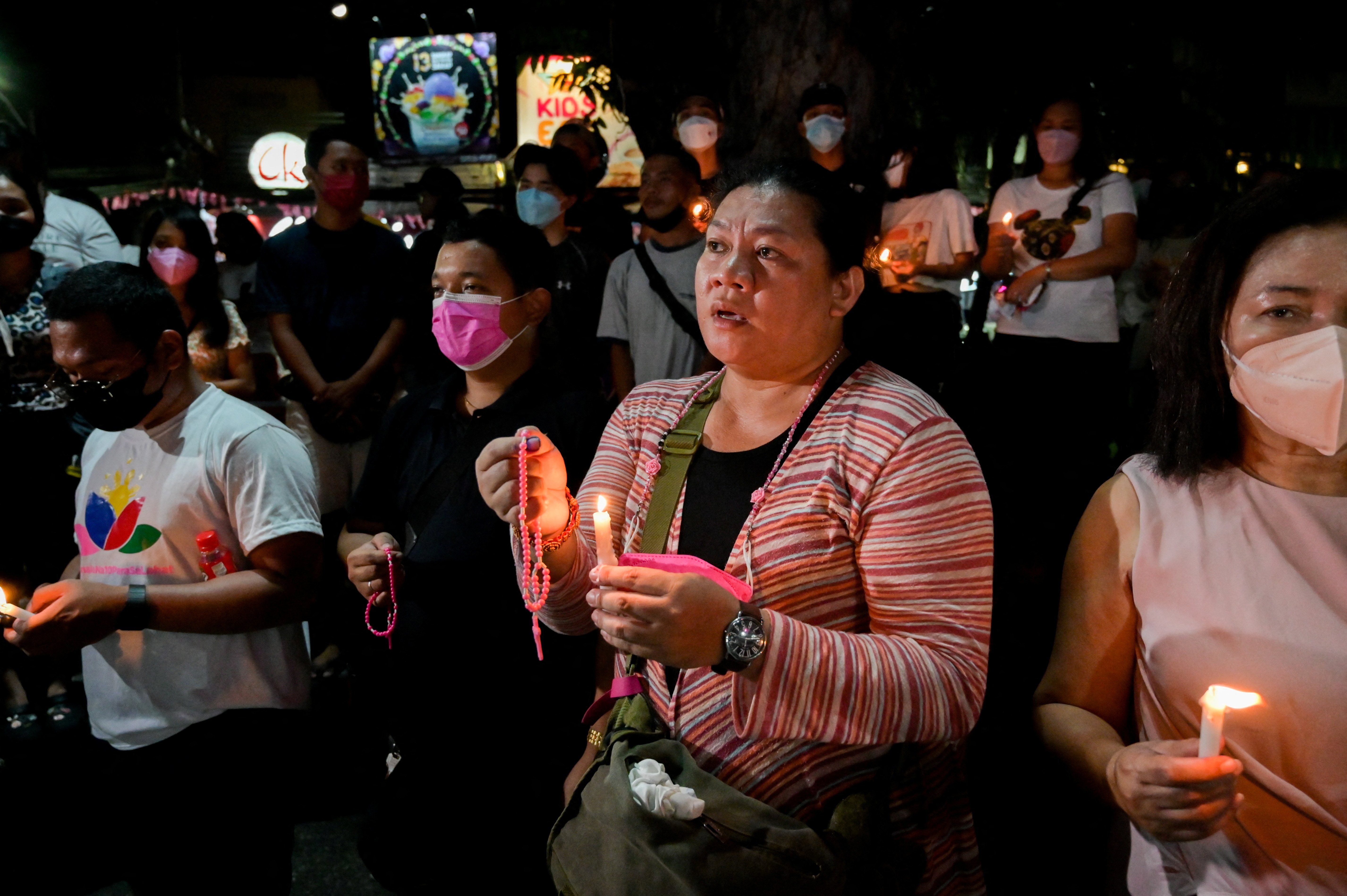 MANILA, Philippines — Some Catholic clergymen and groups expressed disappointment at the result of the Philippine presidential election by offering messages of support to Leonor "Leni" Robredo, the defeated candidate and the champion of many in the church.

As counting came to a close after the May 9 election, frontrunner Ferdinand Marcos Jr. was heading for a landslide win.

"Thanks Vice President Leni. At least, just for a few months. I lived in hope. We truly do not deserve a leader like you. Unfortunately, this country is not ready for good governance," one priest, Jesuit Father James Gascon, wrote on Facebook.

Father Kali Llamado, Manila cathedral vice rector, also shared his sentiments by thanking Robredo for her decision to run in the election despite the lack of machinery and support from big political families.

"It is my honor to stand with you, Vice President Robredo, for integrity, truth and for the common good," Father Llamado said on his Facebook account.

The San Lorenzo Church group called on all Filipinos to keep watch and to pray for the vice president for strength.

"Let us pray for Vice President Leni Robredo. Let us extend our support to the vice president and for those who won in the elections. May they truly be motivated to serve the nation," they said in a statement.

"Let us remain peaceful in this electoral process. Let us remain hopeful that while the election count is soon to be over, no violent incidents may happen."

Running mates Marcos and Sara Duterte were celebrating a landslide win over Robredo and former lawmaker Francis "Kiko" Pangilinan after 95% of the votes were counted. Marcos had more than 31 million votes, more than double the tally for Robredo. Duterte, daughter of outgoing President Rodrigo Duterte, was on course to be vice president.

"We know that the count is not yet done, is not yet over. We still need to be vigilant, but I want to issue a statement of gratitude to all of those who have been with us in this long and sometimes very difficult journey for the last six months," he said at his campaign headquarters in Manila.

"I thank my countrymen who were there and supported not just the candidates and the whole party but supported our push for a better tomorrow for our beloved Philippines."