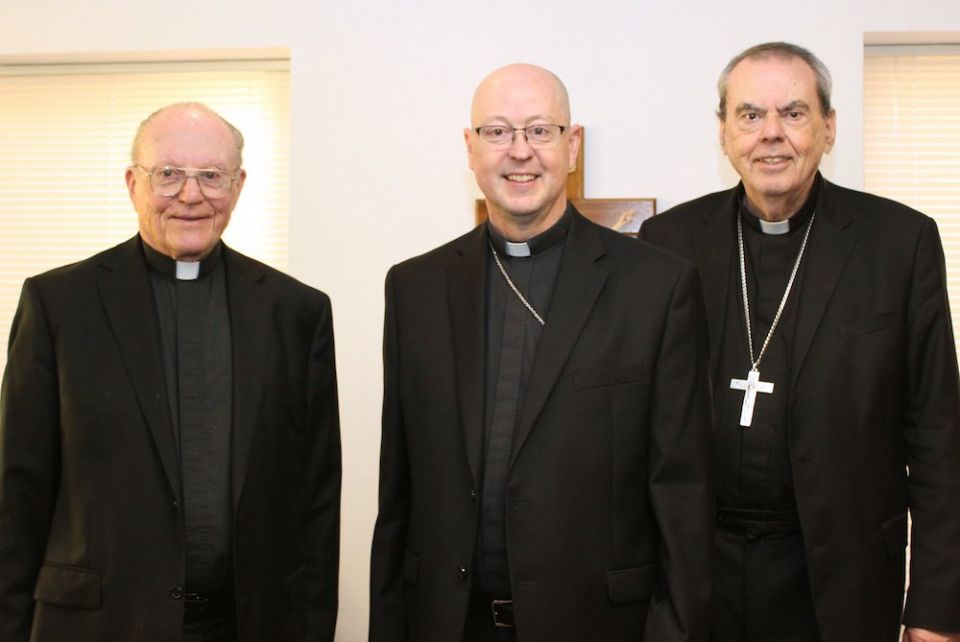 Washington — Pope Francis has accepted the resignation of 76-year-old Bishop Michael Sheridan of Colorado Springs,Colorado, and has named as his successor Fr. James Golka, vicar general of the Diocese of Grand Island, Nebraska.

The changes in the Colorado diocese were announced April 30 in Washington by Archbishop Christophe Pierre, the apostolic nuncio.

Sheridan, a native of St. Louis and former auxiliary bishop there, was named coadjutor bishop of Colorado Springs in 2001 and became bishop in 2003 upon the resignation of the first bishop of the diocese, Bishop Richard Hanifen.

In addition to being vicar general, Golka, 54, has served since 2016 as the rector of the Cathedral of the Nativity of the Blessed Virgin Mary in Grand Island, his hometown.

He attended schools in the city before enrolling at Creighton University in Omaha. After earning his bachelor's degree in philosophy and theology in 1989, he spent a year with the Jesuit Volunteer Corps on the Pine Ridge Reservation in South Dakota.

In 2012, Golka told the North Platte Telegraph that his time working with Lakota youth on the reservation cemented his desire to become a priest. He entered St. Paul Seminary in Minnesota and was ordained to the priesthood in 1994.

During the early days of the coronavirus pandemic, the bishop-designate was among a group of priests and women religious from the cathedral who on weekday afternoons led eucharistic processions in Grand Island neighborhoods.

The "Walking with Jesus" processions allowed Catholics to venerate and pray before the Eucharist, which was carried in a monstrance by one of the priests. As people knelt, prayed and watched from sidewalks or from indoors, the priests also blessed them.

As cathedral rector, Golka has posted brief reflections on the weekly Sunday Mass readings on social media. They offer short insights into the readings and how they can be applied in daily life.

The newly named bishop served in parish ministry for 22 years before becoming cathedral rector. Assignments included time as associate pastor at St. James Parish in Kearney and Holy Rosary Parish in Alliance and as pastor of St. Patrick Parish and president of St. Patrick School in North Platte.

In addition, he has been a member of the diocesan college of consultors, presbyteral council and personnel board. He has been director of Higher Ground, a diocesan summer retreat program for youth, and has led pilgrimages to Jerusalem and the Holy Land.

The Diocese of Colorado Springs covers an area of eastern and central Colorado. It has about 187,000 Catholics in a population of more than 1.1 million.