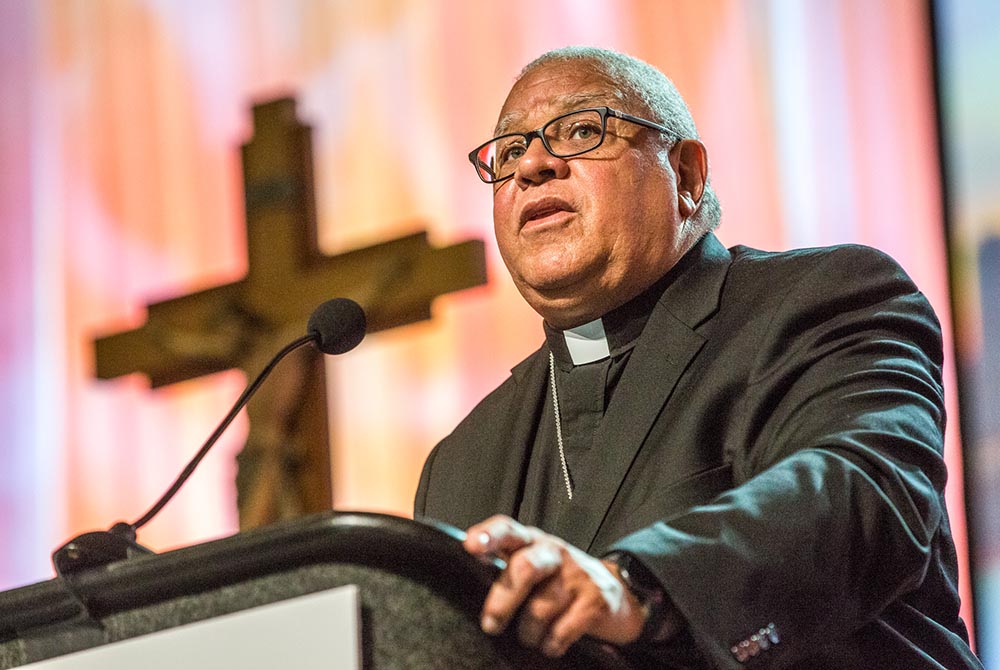 Bishop George Murry, the fifth bishop of the Diocese of Youngstown, died June 5 at Memorial Sloan Kettering Hospital in New York, after a two-year battle with leukemia, the diocese announced. He was 71.

Murry had been admitted to Sloan Kettering for in-patient treatment May 30, a few days after submitting a letter of resignation to Pope Francis.

The bishop, who was receiving treatment for his illness from St. Elizabeth Youngstown Hospital and the Cleveland Clinic, cited his limited stamina and the advice of his physicians for his decision to resign.

Murry served as chairman of the U.S. Conference of Catholic Bishops' Ad Hoc Committee Against Racism for a time and often spoke of the need of the church to more firmly address racism in its ranks and throughout society.

During a presentation at the Ignatian Family Teach-In for Justice in 2018, Murry invited attendees to envision a more just world through reform within the Catholic Church.

Related: Bishop lays out plans for 'eradicating this plague' of racism

Referencing his work as chairman of the Ad Hoc Committee Against Racism for the U.S. Conference of Catholic Bishops, he explained noted that while racism "is America's most persistent sin, it appears as if the American Catholic Church has been virtually silent about."

In a call to action, Murry invited his audience to develop personal relationships with others of different backgrounds and cultures, urging participants to "listen to their story, to walk in their shoes, then to use the gifts that you have been given ... to offer people on the margins opportunity."

Christopher Kerr, executive director of the Ignatian Solidarity Network that plans the annual teach-in, mourned the loss of Murry.

Recalling the 2018 presentation, he said Murry's involvement left a positive impact on young people who attended the event. "He challenged us, but also gave us hope, Kerr said. 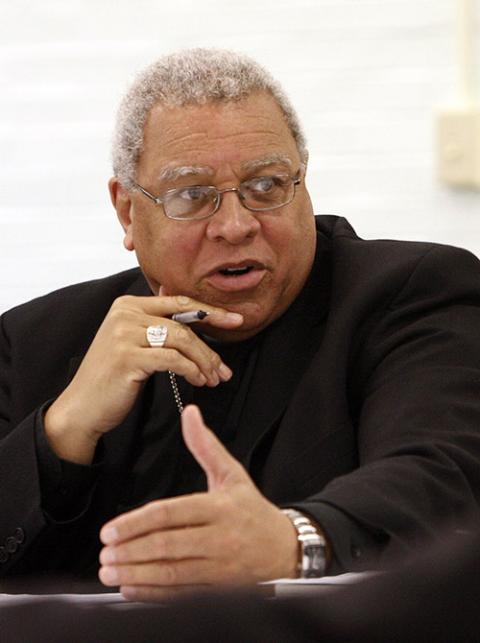 Retired Bishop George Murry of Youngstown, Ohio, is seen in Huntington, New York, in this 2009 file photo. (CNS/Courtesy of Gregory A. Shemitz)

As Catholic education committee chairman, Murry advocated for broader emphasis on how Catholic schools "transform" the lives of students.

"Many parents don't see particular value in the religious formation that occurs in a Catholic school," Murry said in an interview with Catholic News Service in January 2018. "So how can we challenge some of those ideas so people come to a better understanding of why it is important to develop the entire person?"

He called for greater evangelization among Catholic parents by pastors and educators so that the understand how Catholic schools "train the whole person … the mind academically, the body in sports, but also to develop the spiritual life," he said.

Murry was appointed in 2015 to serve on the Synod of Bishops on the Family in Rome. That same year, then-Ohio Gov. John Kasich named Bishop Murry to the Ohio Task Force on Community-Police Relations.

Born in Camden, New Jersey, Dec. 28, 1948, to Viola and George Vance Murry II, he was baptized into the African Methodist Episcopal Church. He attended Camden public schools but later transferred to St. Bartholomew School in Camden, where he embraced Catholicism. He advanced to Camden Catholic High School.

He progressed to St. Joseph's College in Philadelphia, St. Thomas Seminary in Bloomfield, Connecticut, and St. Mary's Seminary in Baltimore, where he received a bachelor's degree in philosophy in 1972.

That same year, he entered the Society of Jesus. He was ordained for the Maryland province of the Jesuits June 9, 1979.

He earned a master of divinity degree from the Jesuit School of Theology and a doctorate in American cultural history from George Washington University in Washington in 1994.

Murry served on the faculty and was dean of student activities at Gonzaga College High School in Washington from 1974 to 1976. He was became an assistant professor of American studies at Georgetown University in 1986, where he taught until 1990.

He was appointed president of Archbishop Carroll High School in Washington, serving from 1989 to 1994, and then was named associate vice president for academic affairs at the University of Detroit Mercy.

St. John Paul appointed him coadjutor bishop with the right of succession of St. Thomas in the Virgin Islands May 5, 1998. Murry became bishop of the diocese June 30, 1999 and served there until his appointment to Youngstown.

[Pete Sheehan is editor and general manager of The Catholic Exponent, newspaper of the Diocese of Youngstown.]