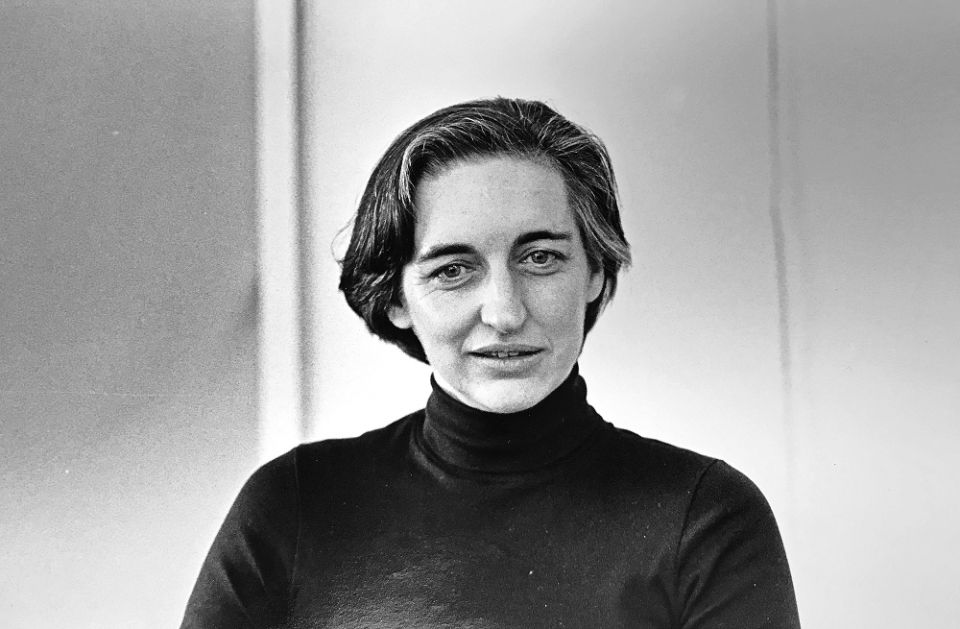 Witnesses. Forbearers. Pioneers. We forget them at our peril. We tend to remember those who fit neatly into some category, those who can be simply classified. Women of insight and originality are not so easily accommodated.

Consider, for example, one who was author of 30 books and some 200 articles, founder of two communities of hospitality for the troubled and homeless, recipient of several awards and honorary degrees, an international lecturer, a mother of 10 biological and several foster children, a person who has been called a lay theologian, even though she had no formal theological training.

Such a one is the British-born Catholic convert Rosemary Luling Haughton, now 90 years old, who during the last three decades of the 20th century wrote about theological subjects in a manner accessible to ordinary Catholics. Lamentably, Haughton "fits" everywhere and hence nowhere, having written on community, the church, the family, sexuality, God, women and spirituality.

She saw everything whole, each part important and belonging. Such inclusivity is both a mark of her originality and a basis for critics to diminish her contribution.

That contribution was admittedly not analytical but unsystematic and descriptive. As such, it was important in empowering the laity in the post-Vatican-II period and advocating a new basis for theological reflection. Inspired by the likes of Karl Rahner, Bernard Lonergan, Edward Schillebeeckx, Thomas Merton and Charles Williams, Haughton begins not with dogma or doctrine but with the human experience of ordinary life. For her, such experience was the authentic basis of theology and the foundation of both personal deepening and prophetic response.

As she wrote, theology is "the poetic evocation of human events in such a way as to make clear their divine significance." Since theology was the search for the ineffable, Haughton believed it needed to be expressed in the language of story, myth and poetry.

Because she considered the purpose of life as becoming fully human, she construed Christianity not so much as a system of belief as a way of life that offered a means for self-transformation. The locus of this transformation was in community, which offered an opportunity to be in relationship with others and hence to come to discover one's own self and to heal the human condition.

Because she considered the family the most basic community, she wrote extensively about it. Because the church was the ground for a large community of meaning, she gave it emphasis. Because sexuality was an essential aspect of being human, she took it on as a central element for investigation. The quest for Haughton was to be transformed to wholeness, to fulfill Irenaeus' claim that the glory of God was the human fully alive.

Haughton's own experience was rich, difficult and anything but ordinary. It was this experience that shaped her theological insights. Born of a Jewish-English mother and an American father, she lived episodically with various relatives and in a boarding school in England. Her mother was distant and beleaguered, and her father was mostly absent. As a young girl, she moved around frequently, living sometimes lavishly and other times austerely. Her schooling was erratic.

Perhaps the instability in her life and her self-reported hunger to understand mystery were the impulses for her conversion to Catholicism at age 16. For a time, she attended Queens College, London and art school in Paris and Oxford. She read widely in Jacques Maritain, Charles Péguy, Etienne Gilson and Maurice Blondel.

At 21, she married the American-born Algernon (Algy) Haughton, a fellow convert who had served in the Royal Navy and was a graduate of Cambridge. For two decades, he taught English and directed theater at the Benedictine Ampleforth College. To support their burgeoning family, Rosemary began to write children's stories (she ultimately produced 28 of them), as well as religious books for adults. These led to an extensive lecture and retreat circuit in England and the United States.

It was during the mid-1970s, with their large family in tow, that the Haughtons created Lothlorien, an intentional educational and therapeutic community in Scotland. By the late 1970s, Rosemary became involved with small Christian liturgical communities in the United States, where she would live for much of the year. Ultimately, she founded Wellspring, a community for abused and homeless women in Gloucester, Massachusetts.

Beginning in the 1980s, she spent a major part of the year in the United States, often visiting Algy and her children in England. Algy left Lothlorien at the end of the 1980s and moved to Edinburgh, where he died in 2008. Rosemary visited and supported her husband until his death. Although they did not divorce, their marriage was troubled by Algy's alcoholism and his late-life homosexual interests.

In two of her earliest publications, The Transformation of Man (1967) and The Theology of Experience (1972), she lays out her foundational assumptions about the relationship between experience and theology and the healing importance of community.

In 1981, she published two very distinctive books. The Passionate God is her most theological volume, in which she explores God's love for creation and the human response to it. Her seminal insight was that it was the human experience of passionate love that gives the best insight into God's love. There Is Hope for a Tree, published the same year, focuses on small liturgical communities, which Haughton sees as the hope for a renewed church.

The quest for Rosemary Haughton was to be transformed to wholeness, to fulfill Irenaeus' claim that the glory of God was the human fully alive.

Probably her most compelling book was The Catholic Thing, published in 1979. It embodies her inclusive understanding of Catholicism and serves as an antidote to a rigid and narrow understanding of what it is to be Catholic. In it, she sets out the Catholic vision, its mission and task.

The charm of the book is its story of two allegorical twin sisters: Mother Church, the institutional body, while capable of love and compassion, is also domineering and authoritarian, a stumbling block to many; Sophia is wise, loving and mystical. Both are needed so that the Catholic thing, with its mandate to love everything and everyone until earth becomes heaven, might be realized.

It is the juxtaposition of these two rival sisters and her illustration of Sophia figures — Friedrich von Hugel, Heloise, Erasmus, Dorothy Day, Savonarola, Maritain, to name a few — that graphically brings home her point. The church is for all — saints and sinners, scholars, artists and rogues. The Catholic thing is the way of wisdom, which acknowledges all aspects of human life and sees the church as the expression of God's love in the world and a resource for self-transformation.

By the 1990s, Haughton spent most of her energies in serving abused and impoverished women. She was increasingly interested in contemporary issues, particularly those affecting women. In 1985, she published The Re-Creation of Eve, in which she explored the relationship of Jesus to women; in 1990, Song in a Strange Land appeared in which she detailed the feminization of poverty and how she came to establish Wellspring. Finally, Images for Change: The Transformation of Society, her last book, was a prophetic call for hospitality toward the poor.

Haughton sees the quotidian as the place of transformation and hence salvation, all the while challenging the church to reinvigorate itself by a return to the central message of God's love for humanity. We forget her contribution and critique at our peril. She is witness and pioneer.

This story appeared in the Jan 12-25, 2018 print issue under the headline: A woman of insight and originality .

Cardinal Muller warns against being silent, in error about Catholic faith