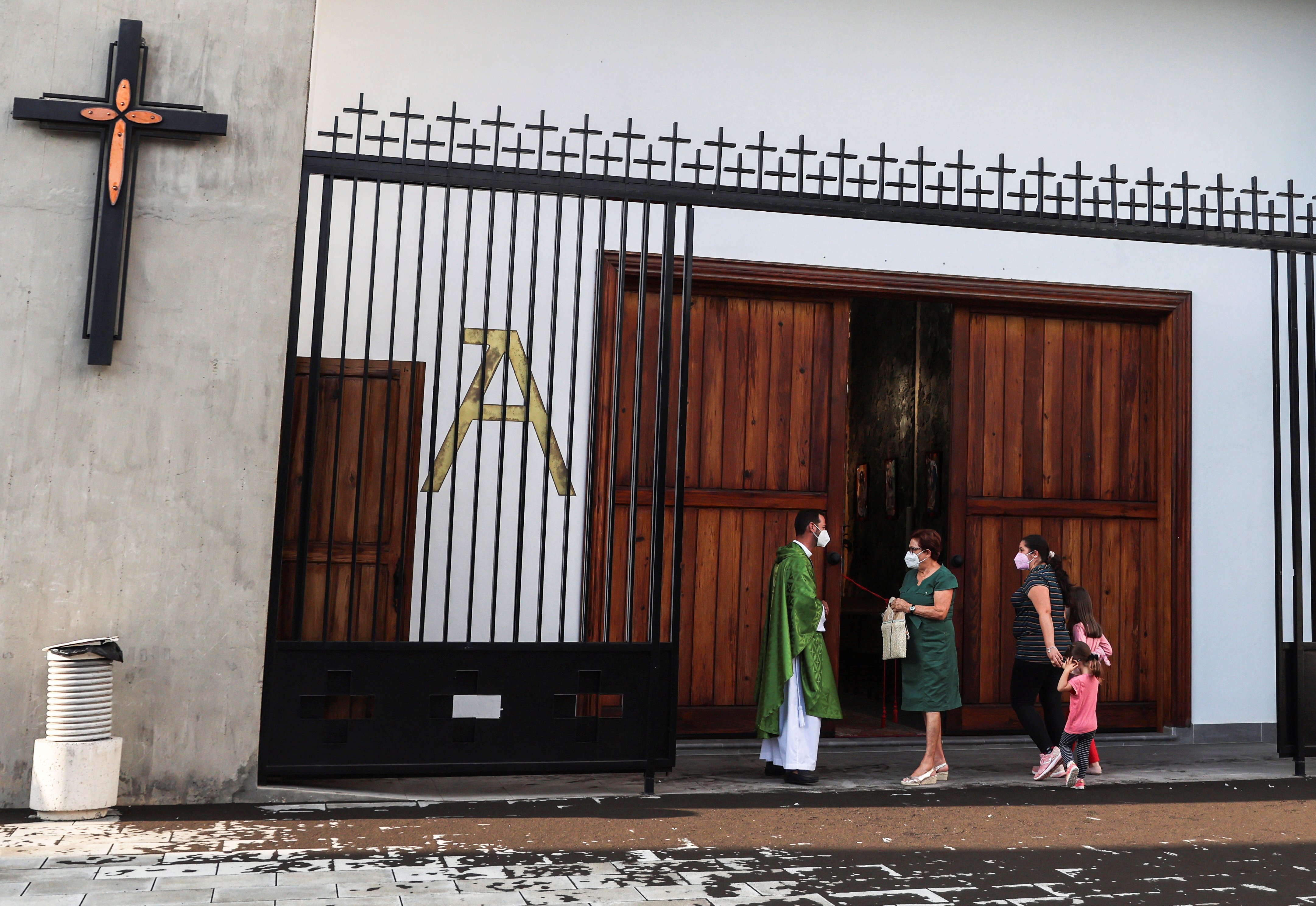 A priest talks with parishioners before celebrating Mass in the Church of San Isidoro in La Palma, Spain, Sept. 25, 2021. (CNS photo/Nacho Doce, Reuters)

MADRID  — The body representing Catholic bishops in Spain has acknowledged that nearly 1,000 real estate properties across the country were registered as possessions of the Church despite having no proof of ownership or clearly belonging to others.

The Catholic Church will now begin a process to "regularize" those properties, according to a joint statement on Monday by the Spanish Episcopal Conference and Spain's Presidency Ministry, which handles religious affairs in the southern European country.

Dioceses and individual parishes for years used their influence in local registries and a legal reform undertaken by a conservative administration to list in official records as their property churches and adjacent premises, educational facilities, monasteries, residential buildings, as well as empty plots of land.

Using a new law passed in 2017, the left-to-center coalition government led by Prime Minister Pedro Sánchez listed nearly 35,000 properties registered by the Catholic Church between 1998 and 2015, including some 20,000 places of worship and nearly 15,000 non-religious facilities.

Negotiations between the two parties led to establishing a joint commission to address the list, resulting in 965 buildings that the bishop's conference said were "erroneously" registered.

Monday's announcement followed a meeting between Sánchez and the head of the Spanish bishops, Cardinal Juan José Omella.

Relations between the two sides have strained under Sánchez's government over taxation, public funding for the church and the handling by the Catholic hierarchy of sex abuses committed by clerics.