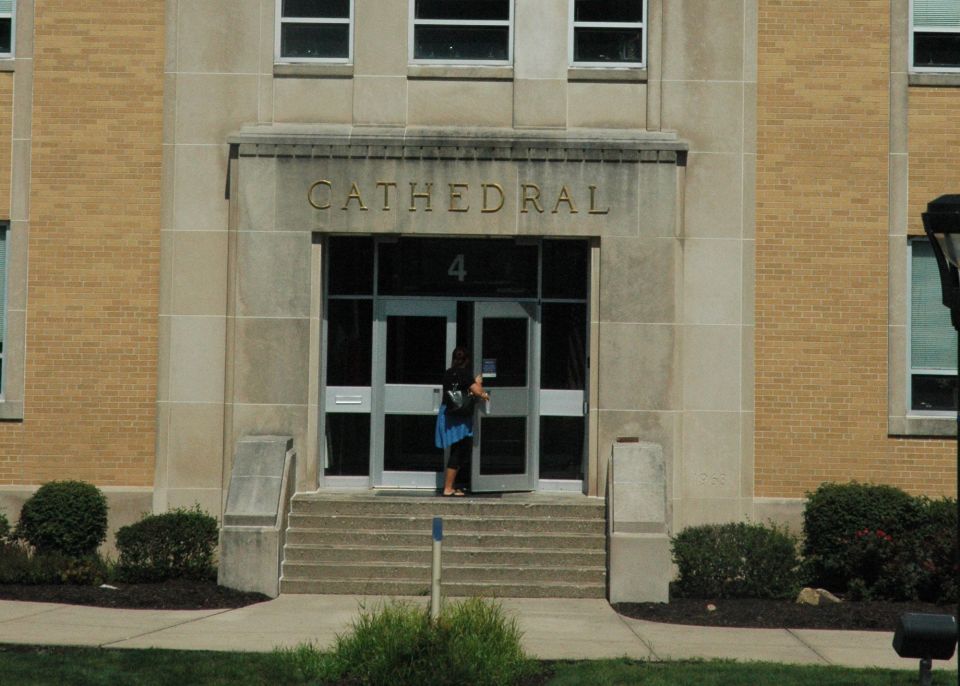 Cathedral High School in Indianapolis is seen in this 2018 file photo. (CNS photo/John Shaughnessy, The Criterion)

Washington — The Indiana Court of Appeals ruled Nov. 23 that an Indiana trial court "committed reversible error" when it dismissed a former teacher's lawsuit against the Archdiocese of Indianapolis earlier this year.

The unanimous decision by the appellate court's panel allows the initial lawsuit filed by the teacher, who was fired from a Catholic school, to move forward.

The case involves Joshua Payne-Elliott, a former world language and social studies teacher at Cathedral High School in Indianapolis who was fired in June 2019.

Payne-Elliott claimed the Indianapolis Archdiocese illegally interfered with his contract with the school where he had been teaching for 13 years by mandating that all Catholic schools in the archdiocese enforce a morality clause that did not permit employees to be in same-sex marriages.

Indiana's Marion County Superior Court dismissed Payne-Elliott's lawsuit against the Indianapolis Archdiocese in May, which the former teacher appealed.

The Indianapolis Archdiocese had asked a lower court to dismiss the suit when it was initially filed, saying it went against the First Amendment's guarantee of religious freedom.

The appellate court's 27-page decision said the trial court was incorrect in ruling that it didn't have jurisdiction to hear this case, and the panel also said it was it was too early in the process to dismiss it.

In 2019, the U.S. Department of Justice filed a "statement of interest" in the lawsuit brought against the Archdiocese of Indianapolis and urged the Indiana court to stay out "of deciding what it means to be Catholic."

In a news conference at the time, the archbishop said the issue involving the two schools came down to the Catholic Church's teaching on marriage.

While stressing that "one's (sexual) orientation is not a sin," the archbishop said the issue involving the two schools "is about public witness of church teaching on the dignity of marriage as (between) one man and one woman. That is our church teaching."

In 2019, the Midwest province of the Society of Jesus, which administers Brebeuf, appealed the decree taking away the school's Catholic status to the Vatican Congregation for Catholic Education.

In late September of that year, the congregation announced it was temporarily lifting the decree until it made a final decision, which has not yet been announced.

Family steeped in Salvatorian life, including ministry as a reinstated priest