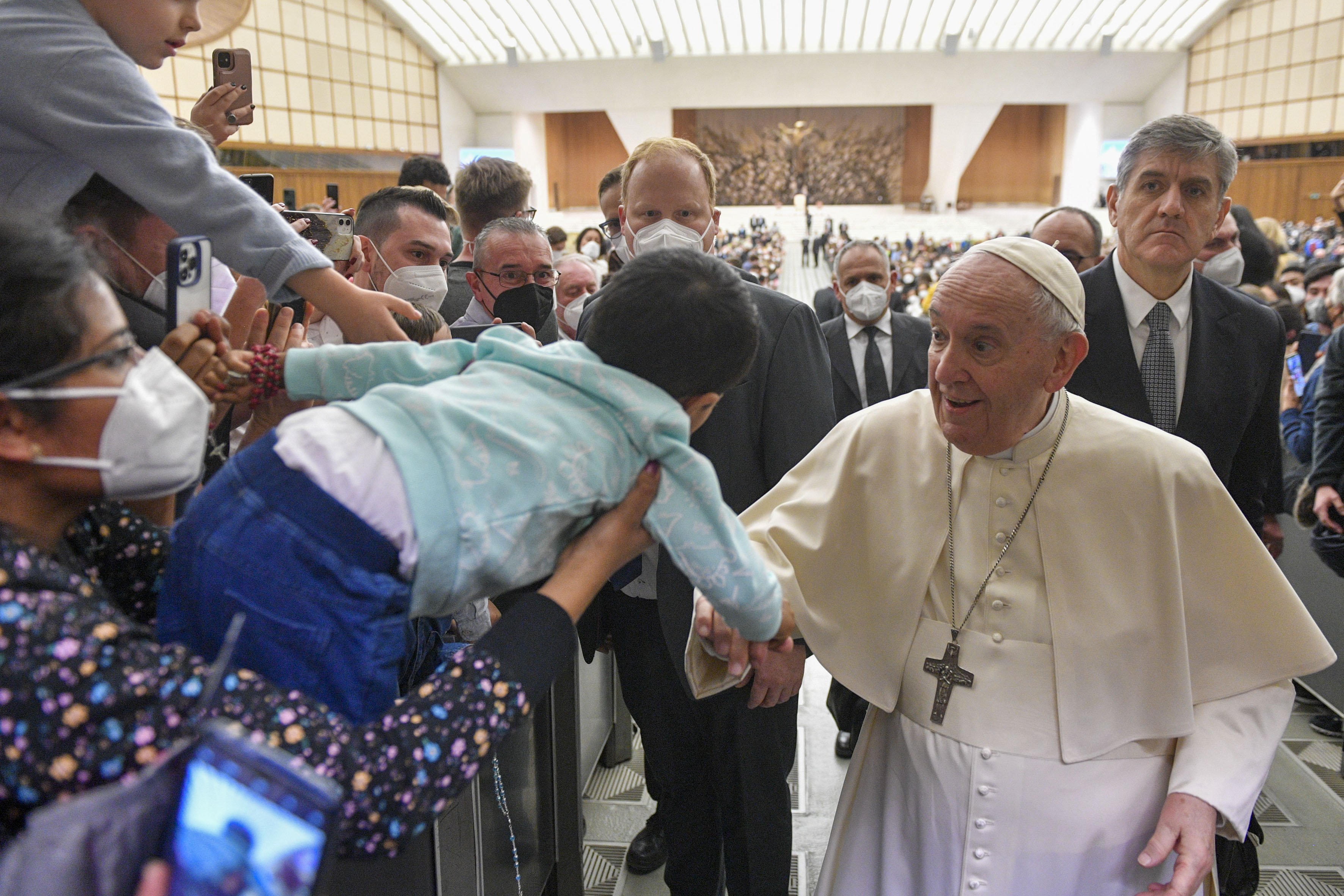 Pope Francis greets a child during his general audience in the Paul VI hall at the Vatican Feb. 23, 2022. (CNS photo/Paul Haring)

The Vatican announced March 1 that Cardinal Pietro Parolin, Vatican secretary of state, signed a rescript, the church equivalent of an executive order, after the pope approved the measure in December.

The order states that male employees are "entitled to three days of paid leave on the occasion of the birth of a child." The measure also applies for new adoptive and foster fathers.

Prior to the order, the Vatican offered only maternity leave, which was six months long with 50% pay.

Comparatively, Italy increased its paid paternity leave from seven days to 10 days, the minimum number of days adopted by the European Union.

Nevertheless, both the Vatican and Italy's policies are relatively low compared to other countries in Europe.

In France, new fathers are granted 28 days of paternity leave, while in Spain paid paternal leave is 16 weeks. However, in Sweden, parents are allowed up to 480 days of paid parental leave.