Why are Catholic schools firing gay teachers, and how can one refuse? 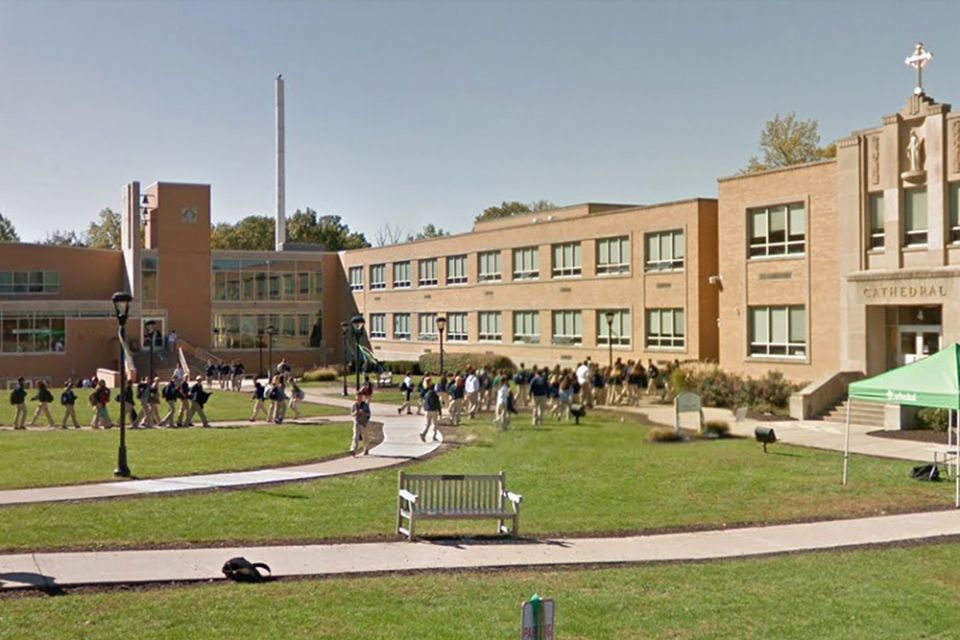 A pair of schools in Indiana drew national attention to the Catholic Church's attempts to grapple with LGBTQ relationships last month, highlighting the church's complex position in a country increasingly welcoming to different sexual identities.

The controversy began when it was revealed that the Archdiocese of Indianapolis would strip Brebeuf Jesuit Preparatory School of its status as a Catholic school because administrators refused to fire a teacher who is married to a same-sex partner.

Just a few days later, the nearby Cathedral High School — which is also Catholic — announced that it would fire a teacher who was openly gay after being threatened with the same result by the archbishop.

Then came the plot twist: The two teachers are married to each other.

But where did the controversy come from, why did only one school fire its employee, and what gives the church the right to do this in the first place?

As it turns out, the answers to these questions are a tangled web of both canon and secular law.

Catholic leaders have been firing gay employees for a while

The debate in Indiana is only the latest chapter in an ongoing controversy over gay Catholic employees that stretches back several years.

While it's difficult to pinpoint the first instance of an employee of a Catholic institution being fired for being in a same-sex relationship, the public debate over the issue began to heat up around 2014, when a food pantry worker and a music director were both fired from Catholic institutions for being relationships with someone of the same sex.

The following year, at least two openly gay teachers were either fired or denied jobs at Catholic schools.

While some institutions attempted to change policies after the firings garnered media attention, Catholic leaders and administrators generally justified their decisions by pointing to the catechism of the Catholic Church, which refers to "homosexual tendencies" as "objectively disordered."

A solid majority of Catholics hold a very different view: As of 2017, 67% of American Catholics supported same-sex marriage, according to the Pew Research Center.

Even as rank-and-file American Catholics expressed outrage at the firings, however, a subtext emerged: Catholic leaders were not necessarily probing the private lives of their employees, but appeared primarily concerned with whether their employees were gay in public.

In 2015, for example, Archbishop Salvatore Cordileone, head of the San Francisco Archdiocese, distributed a new handbook for teachers at Catholic schools under his purview instructing them to refrain from "visibly" contradicting the church’s teachings on homosexuality and other issues such as abortion or birth control.

Similarly, after same-sex marriage was legalized nationwide that same year, the archbishop of Miami sent a letter to his employees warning that they could be fired for posting anything to social media that expressed support for same-sex marriage.

"Employees will witness by their public behavior, actions and words a life consistent with the teachings of the Catholic Church," wrote the archbishop, Thomas Wenski.

Isn't firing someone for their sexual orientation illegal?

Indiana's religious freedom law, like similar laws in other states, does not grant religious employers carte blanche to fire anyone for their sexual orientation, but the legal justification that Catholic leaders typically invoke is something called the ministerial exception.

The designation has existed for some time and has traditionally allowed religious denominations and groups to control those hired or fired for positions typically filled by clergy. But in 2012, the U.S. Supreme Court issued a ruling that effectively expanded the definition to include positions held by people who are not necessarily ordained religious leaders, but are nonetheless "ministers" in the eyes of practitioners.

Catholic leadership has since argued that this includes positions held by teachers, and as such exempts them from nondiscrimination laws that might otherwise bar firing someone simply for being openly gay. That was precisely the logic outlined by Archbishop Charles C. Thompson in Indiana when he argued Brebeuf Jesuit Preparatory School should fire its teacher for being in a relationship with someone of the same sex.

"To effectively bear witness to Christ, whether they teach religion or not, all ministers in their professional and private lives must convey and be supportive of Catholic Church teaching," read Thompson’s statement about Brebeuf. "The Archdiocese of Indianapolis recognizes all teachers, guidance counselors and administrators as ministers."

Not everyone agrees with the church’s definition. At least two people fired from Catholic organizations have since filed lawsuits.

Whose call is it?

Some of the more prominent firings of openly gay teachers at Catholic schools have sparked pushback, but the case at Brebeuf has elevated a new debate about church authority.

Although the local archdiocese has stripped the school of its Catholic designation, Brian G. Paulson, provincial for the Midwest Jesuits, argued in a letter that Thompson shouldn't be delving into the school's personnel decisions. Paulson argued that since the school is considered a ministry of the Society of Jesus (an independent order of priests commonly known as Jesuits) and not the archdiocese, it should have greater autonomy over its own staff.

The situation is different over at Cathedral High School, which, although affiliated with the Brothers of Holy Cross, is not considered a formal ministry of a religious order the way Brebeuf is. As such, losing its Catholic designation would also mean the loss of Cathedral High's religious affiliation altogether — and with it, its nonprofit status.

"Because Brebeuf is a specific ministry of the Jesuits, their canonical and nonprofit status is different than ours," read a statement from the president and board chair at Cathedral. "Therefore, the two schools cannot function the same way if Cathedral were to receive a similar decree as Brebeuf."

It remains to be seen whether the Midwestern Jesuits will make good on their promise to elevate the case as high as the Vatican, or how officials in Rome would rule if it reached that point. But in the short term, it doesn’t look like the tension around the issue is going away anytime soon.

A version of this story appeared in the July 12-25, 2019 print issue under the headline: Firing gay teachers, or not, is complicated .

People | Why are Catholic schools firing gay teachers, and how can one refuse?

Irish bishops: Marriage between man, woman is matter of justice