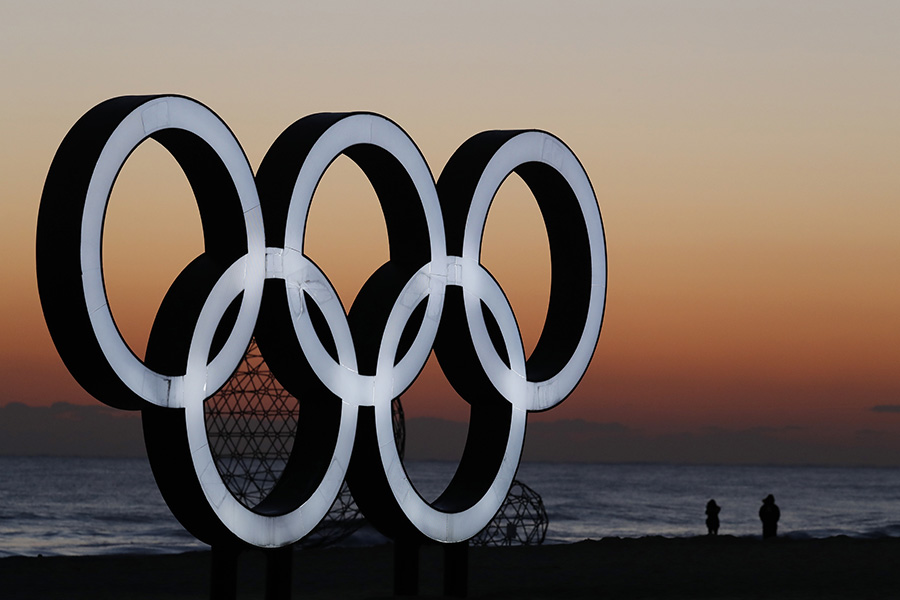 The sun rises Jan. 30 over the rings of the 2018 Pyeongchang Winter Olympics on a beach in Gangneung, South Korea. The Olympics began Feb. 9. (CNS/Jeon Heon-Kyun, EPA)

Earlier this month, Kim Jong Un's sister and political adviser, Kim Yo Jong, stole the Olympic spotlight when she attended a women's hockey game between Switzerland and the unified North/South Korean team.

The biggest story at the games in Pyeongchang, South Korea — maybe even the biggest diplomatic thaw in years between the peninsula's North and South — has been the controversial, symbolic Korean unity on display. Vice President Mike Pence made news when he failed to stand at his seat as the Korean delegations entered the Olympic opening ceremonies together. (The White House says Pence was ready to meet with North Korean diplomats, but North Korea canceled at the last minute.)

About a week after the hockey game, halfway around the world, Fox News’ Laura Ingraham scolded NBA star LeBron James for "talking politics" during an interview and said he should stop criticizing President Donald Trump publicly and "shut up and dribble." In addition to the dog-whistle, coded racism in Ingraham's rant, she seems to have forgotten what was so clearly on display at the Olympics: Big-time sport is always political. It's not just a game.

'Shut up and dribble' — Fox News's Laura Ingraham to LeBron and Kevin Durant after their criticism of President Trump pic.twitter.com/0BlokQDIIl

"Sports tell anyone who watches intelligently about the times in which we live: about managed news and corporate politics, about race and terror and what the process of aging does to strong men," sportswriter Roger Kahn wrote in his 1973 book How the Weather Was. Think of all the ways this is true 45 years after it was written: There's the NFL's National Anthem/Black Lives Matter debate sparked by Colin Kaepernick, playing out as researchers learn more and more about the devastating effects head trauma has on football players. The press conferences of NBA head coaches Gregg Popovich, Dwane Casey, and Steve Kerr often feature conversations about gun control and other issues. The FBI is investigating NCAA recruiting and payment of players who aren’t allowed to be paid while coaches and administrators make millions.

Why is there this intimate link between sports and politics? Maybe it's because big-time sport is one of the few truly communal institutions that’s still going strong. And while our political life seems helplessly polarized and impoverished right now, politics at its best is making compromises and decisions about our life together as a community. Politics and sports — not to mention religion, entertainment, business, education, and so on — live in the public realm. There's bound to be mingling.

This isn't necessarily a bad thing! While we're watching our political arguments play out in the sports world, there's also a chance for the influence to run the other direction. The best of what sports can be might have something to offer our shared life. Pope Francis, a rabid soccer fan himself, sure thinks so.

"Sport is not only a form of entertainment, but also — and I would say above all — a tool to communicate values which promote the good of the human person and contribute to building a more peaceful and fraternal society," he said in a short message at the start of the 2014 World Cup in Brazil. "Just think of loyalty, perseverance, friendship, sharing, solidarity. There are, in fact, many values and attitudes which football promotes and which prove to be important not only on the field but in all fields of existence, and specifically in building peace. Sport is a school of peace; it teaches us how to build peace."

It might be overly idealistic, but I think Francis is right. The money, power and corruption in professional sports have not totally destroyed the virtue that is easier to see on Little League fields. This belief was affirmed a few weeks ago for me, when the Philadelphia Eagles won the Super Bowl for the first time ever. 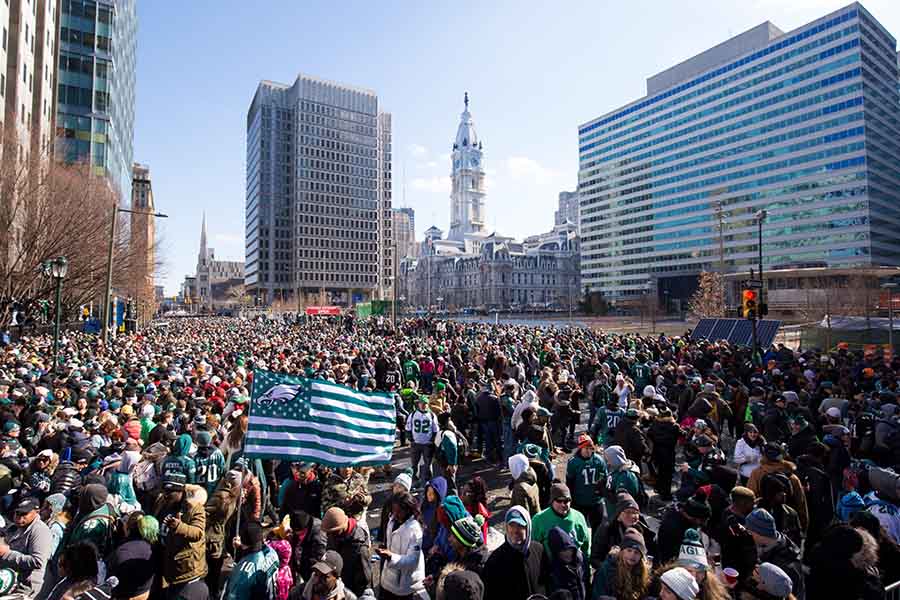 When their 8-point victory over the New England Patriots was secured as Tom Brady's pass fell incomplete, people of every age, race, religious, and political persuasion flooded the city's streets. (Some folks even headed outside to shoot off fireworks or honk car horns in my family's small-town New Jersey neighborhood, about five miles from the Eagles' stadium.)

The victory parade a few days later drew more people to Philadelphia than the Holy Father did during his 2015 visit. Nothing but sports can turn out such a diverse crowd in America today. Don't be fooled by the exaggerated media reports of the bad behavior of an infinitesimal minority of fans. It was shared life in the public realm at its best.

I'm not sure how you capture this sense of solidarity and apply it to the city's huge problems of poverty, opioid abuse, struggling public schools, and host of others. But the single most unified week in Philadelphia's recent history can't be a bad place to start.

So the next time you hear someone bemoaning politics in sports, flip the formulation around: We need more of the goodness of sports in politics. We need to put the lessons of the great "school of peace" to work.

This story appears in the The Gospel of Sports feature series. View the full series. 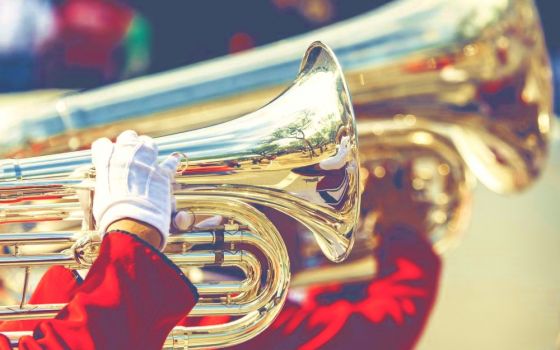 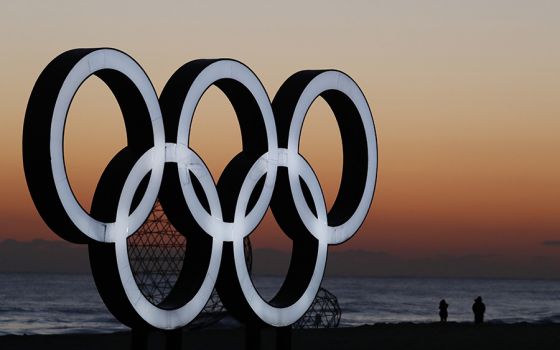 You can't keep politics out of sports: That's a good thing