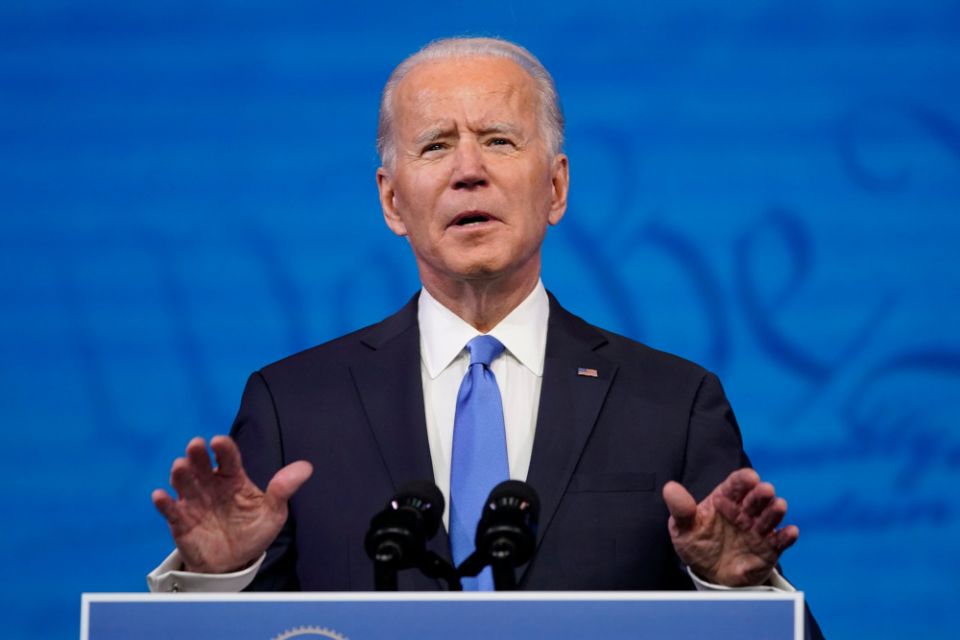 Washington — President-elect Joe Biden marked his Electoral College win with a religious flair, citing Scripture and the Prayer of St. Francis during his victory speech.

Members of the Electoral College voted in all 50 states and the District of Columbia on Dec. 15, formalizing Biden's 306-232 win over incumbent Donald Trump.

The president-elect marked the moment with a speech in Delaware, where he declared "the rule of law, our Constitution and the will of the people prevailed" over multiple efforts by Trump and his allies to challenge the results of the election.

Biden's rhetoric took a turn for the spiritual near the close of his speech, when he made reference to the biblical passage of Matthew 16:18.

"As we start the hard work to be done, may this moment give us the strength to rebuild this house of ours upon a rock that can never be washed away," he said.

It was one of several religious references Biden has made in major speeches since media outlets first declared him the victor in the presidential election on Nov. 7.

In his first victory speech, Biden quoted the Book of Ecclesiastes and recited lines from the hymn "On Eagle's Wings." He also made at least two references to Scripture in his Thanksgiving address later that month, when he recited part of Psalm 28 and implored Americans to remain safe during the pandemic, saying "to love our neighbors as ourselves is a radical act, but it's what we're called to do."

Religious themes have been a constant this year for Biden, whose campaign slogan was the "Battle for the soul of the nation." Speakers at the Democratic National Convention repeatedly highlighted his faith, Biden's campaign produced multiple ads targeted at faith voters, and Biden himself kicked off Election Day by visiting his church.