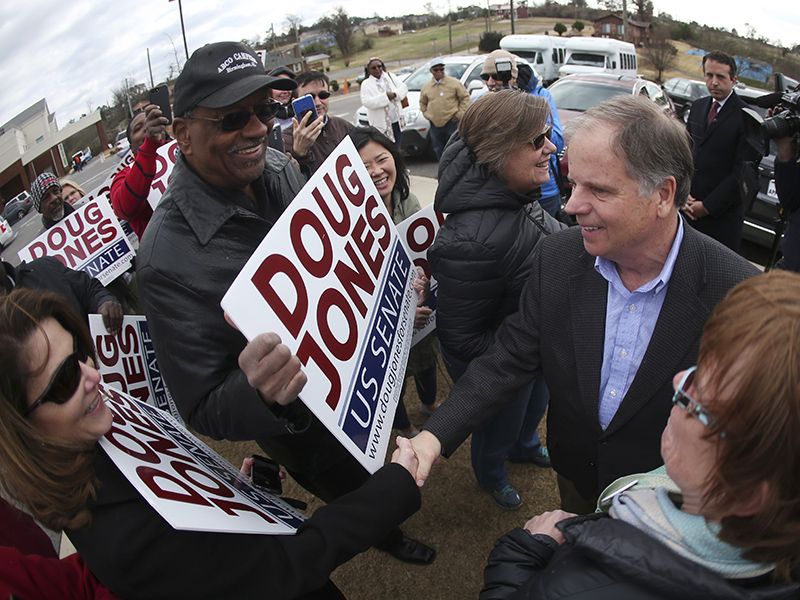 Yesterday I mentioned to be on the lookout for people making more of the results in Alabama's Senate race than is warranted. Exhibit A: front page of the Washington Post has Democrats predicting the outcome and shows how rosy their prospects are for 2018. Those prospects may be rosy, but I doubt the GOP will field a lot of pedophiles in next year's elections.

A smarter bit of analysis comes from Marc Thiessen who rightly blames the outcome in Alabama on Steve Bannon and his commitment to destroying the Republican establishment. I never thought I would wish Bannon well, but in his efforts to blow up the GOP, he has my fondest blessings.

An issue that has garnered too little attention: The need to fully fund pensions that workers have earned. Sen. Sherrod Brown of Ohio is leading the charge and wants to use the need to fund the government as a vehicle. Politico has the story. This is a real test for President Donald Trump and his promises to stand up for the "forgotten men and women."

In light of last week's oral arguments in the Masterpiece Cakeshop case, Mark Silk at Religion News Service offers a test on when we should limit religious freedom. The questions are not easy, and I hope more people reflect on that instead of habitually invoking slogans that simplify and distort the issues at stake.

The Holy Father's beautiful reflection on the Feast of Our Lady of Guadalupe. He links the story of Elizabeth in the Gospels to the situation of Juan Diego and, thence, to the peoples of Latin America and the Caribbean now. The, ahem, money quote:

Dear brothers, in the midst of this dialectic of fecundity-sterility let us look at the richness and cultural diversity of our peoples of Latin America and the Caribbean, it is the sign of the great richness that we are invited not only to cultivate but, especially in our time, to defend courageously from all attempts to homogenize, which ends by imposing — under attractive slogans — only one way of thinking, of being, of feeling, of living, which ends by making invalid or sterile all that we have inherited from our elders; which ends by making us feel, especially our young people, a little thing for belonging to this or that culture. In short, our fecundity calls us to defend our peoples from an ideological colonization that cancels the richest [part] of them, whether they are Indians, Afro-Americans, mestizos, peasants or suburbanites.

Vatican official to meet in Texas with border bishops from U.S. and Mexico