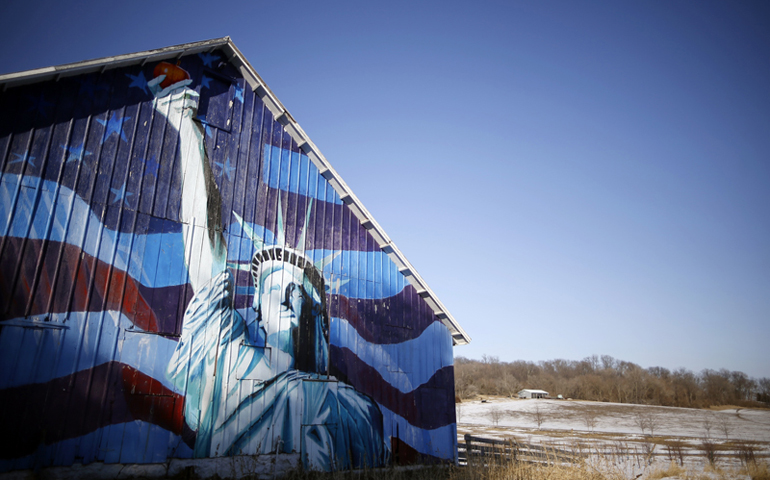 As presidential candidacies multiply and campaigning accelerates, we can expect much tawdriness to occur. These are difficult times in American democracy.

Money will pour into negative campaigning and ideological posturing. Lies will become the norm. Every word will evoke counterattack, and facts will lose their currency. Barbed sound bites will be mistaken for wisdom. Bullies claiming to be "Christian" will be among the loudest. On both sides.

What are people of faith to do?

We can assume, first of all, that truth-telling will be absent all around. We, then, need to be truth-seekers, reading beyond the sound bites and toxic jabs for actual insights into what candidates stand for and what is their character.

We can assume, second, that God's name will be taken in vain by everyone. Every candidate will tell stories of personal faith, maybe even dramatic conversion. They will quote Scripture and claim to be promoting God's work.

In fact, to judge by candidates' behavior, their words will be insincere and their faith a concoction meant to satisfy the sweet tooth of religious leaders. We, then, need to do our own work of discerning whether they have any functional familiarity with Scripture and any real concern for Christian ethics.

We can assume, third, that people will be heard less and less. As campaign volume ratchets up, the voices of actual citizens will be drowned out by invective. We, then, need to be people who listen to the voices of citizens and do what we can to make them heard more widely. Churches should be listening centers, not dispensers of campaign literature. Preachers who brag about influencing candidates should preen less and listen more.

We can assume, fourth, that efforts will be made to prevent some people from voting, especially people of color. We, then, need to take practical steps to ensure full participation, such as escorting vulnerable citizens to the polls and calling out voter suppression tactics as they occur.

We can assume, fifth, that "Christian" values will be reduced to sexuality, as opposed to anything Jesus actually cared about. Sexuality is the perfect diversion while the wealthy pillage the nation.

We, then, need to remind voters about the Sermon on the Mount, the healing of lepers, the rescue of women targeted by religious bullies, the feeding of all who were hungry, the focus on the "least of these," the calling out of hypocrites, the welcoming of outcasts, the call to let go of wealth, and Jesus' words of tolerance and mercy, even to his enemies.

We cannot have one more election when "Christian" becomes a convenient shorthand for bigotry and bullying done in God's name while bearing no resemblance to anything God values.

I think it is time we stopped being naive about the current state of American democracy: These are ugly times, and the forces of decency in both parties are under assault. An entire movement seeks to cripple the U.S. government, lest people they hate receive any benefits of citizenship.

It is time for all people of faith to be active, not just those whose guiding star is white, male, straight power. We cannot sit back and wait for the bigots to run out of steam.

The future of American democracy depends on combating the tremendous negative energy this campaign is churning up.

[Tom Ehrich is a writer, church consultant and Episcopal priest based in New York. He is the president of Morning Walk Media and publisher of Fresh Day online magazine. His website is www.morningwalkmedia.com. Follow him on Twitter: @tomehrich.]