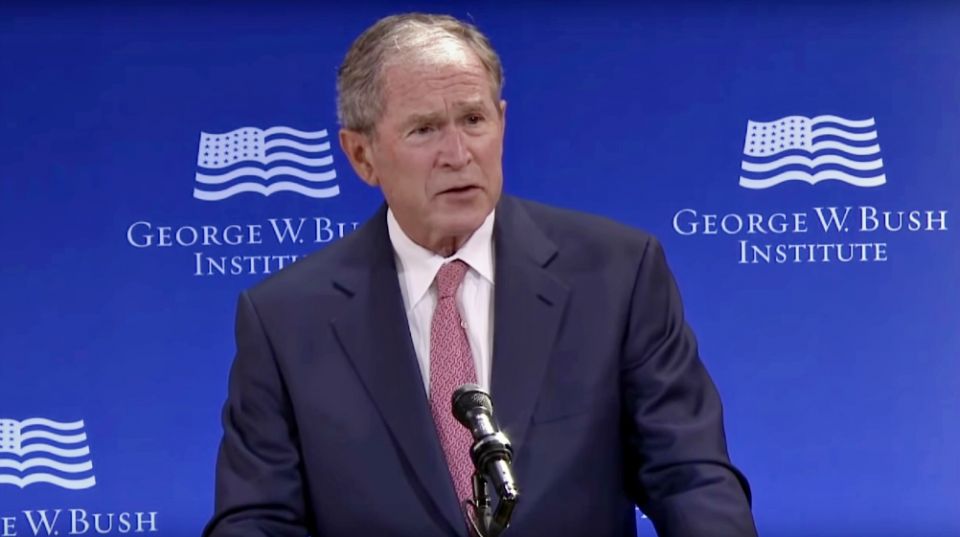 I once believed that George W. Bush was the worst president of my lifetime. My lifetime goes back to Franklin D. Roosevelt, though I have no living memory of him. There can be no question that the current president has easily supplanted Bush in that role. More importantly, Bush is looking awfully good in the light of where we are today.

His speech on Oct. 19 in New York is extraordinary. If you have seen snippets of it on newscasts, read the entire speech. It hearkens back to what America is meant to be. It reminds all of us of what too many of us appear to have forgotten. America is a nation based on ideals. It is when we fail to remember and act on these ideals that America ceases to be great.

Bush sees free markets, the strength of democratic alliances, and the advancement of free societies as what has made us great. "Free nations are less likely to threaten and fight each other."

The president is eloquent when he speaks of the importance of our ideals. "We know, deep down, that repression is not the wave of the future." Our democracy ensures "that the strong are just and the weak are valued."

Bush notes, "Most tyrannies pretend they are democracies. Democracy remains the definition of political legitimacy."

The president goes on to express some of his concerns about the present political climate. "Bigotry seems emboldened. Our politics seems more vulnerable to conspiracy theories and outright fabrication."

Is he right that there are "signs that the intensity of support for democracy itself has waned, especially among the young"? He feels they have lost the "moral clarity" of those who experienced the Cold War. He fears too many are infected with a "combination of weariness, frayed tempers, and forgetfulness."

He describes the current political culture as disturbing. "Discourse degraded by casual cruelty ... disagreement escalates into dehumanization ... nationalism distorted into nativism." He reminds us that immigration has always brought a new dynamism to the country.

Yet, on a more optimistic note, he believes that "to renew our country, we only need to remember our values." He especially focuses on the value of human dignity found in the Declaration of Independence.

Do Americans today understand or care about the lofty sentiments expressed by Bush? I don't know the answer to that question, but we are going to find out. Some believe that Donald Trump may well be re-elected in 2020. No one knows what the outcome of the 2018 elections may be. The people will speak in 2018 and 2020. That's the way we do it in this country.

If they continue to choose all that Trumpism stands for, that will be their right. But America will no longer be America, and may never be again.

Or, perhaps, we will remember the truth of the former president's words: "People of every race, religion and ethnicity can be fully and equally American. ... Bigotry or white supremacy in any form is blasphemy against the American creed."

President Bush's remarks at The Spirit of Liberty: At Home, in the World

Politics | George W. Bush reminds us about the idealism of America