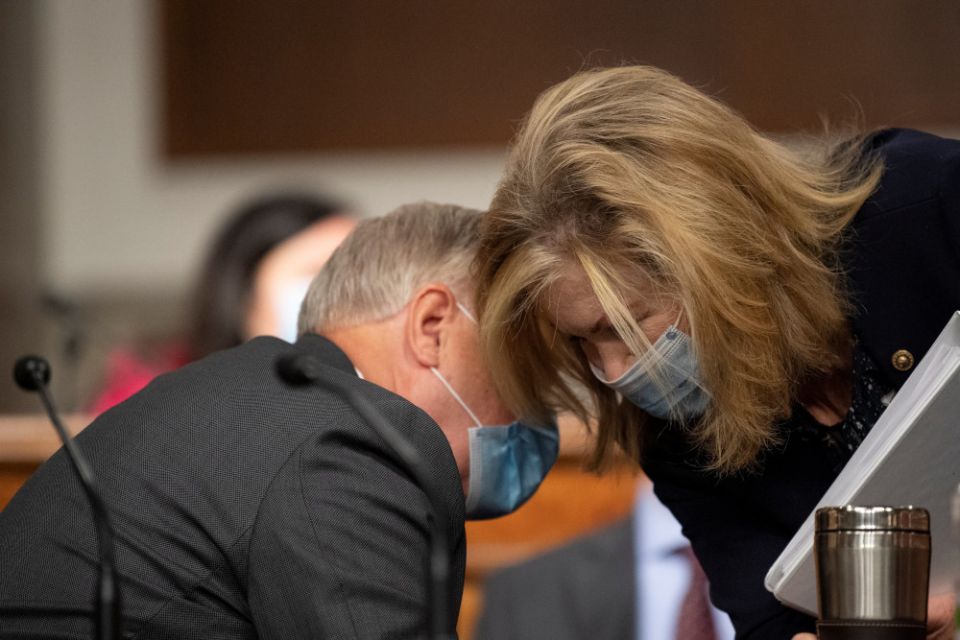 Washington — The nomination of Judge Amy Coney Barrett to serve on the Supreme Court will now go to the full Senate for a confirmation vote, which could take place Oct. 29. Only 51 votes are needed for confirmation.

If confirmed, she will be the 115th justice in U.S. history and the fifth woman to serve on the high court. At 48, she would be the youngest member of the current court as well as its sixth Catholic.

The U.S. Senate Judiciary Committee Oct. 22 voted 12-0 to send on her nomination; all 12 Republicans on the committee voted "yes" while the 10 Democratic members boycotted the vote.

"That was their choice. It will be my choice to vote the nominee out of committee," Senate Judiciary Committee Chairman Lindsey Graham, R-South Carolina, said at the beginning of the committee meeting. "We are not going to allow them to take over the committee. They made a choice not to participate."

Democratic committee members confirmed their boycott late Oct. 21, issuing a joint statement saying they were making the move to protest the Republicans' "breakneck speed" to "jam through this nominee" and accused the Republicans of breaking "long-standing committee rules to set tomorrow's vote."

In his statement, Graham said: "Under the committee rules, you need two members of the minority to conduct business. But they're intentionally denying us that participation. They're boycotting the committee.

"So what I will do as chairman — there will be a majority of the committee present — [is] waive that rule. We will report Judge Barrett out. She will go to the floor. And hopefully, by Monday or Tuesday, she will be on the court."

President Donald Trump nominated Barrett Sept. 26 to fill the vacancy on the court left by the Sept. 18 death of Justice Ruth Bader Ginsburg. Barrett has been a judge on the Chicago-based U.S. Court of Appeals for the 7th Circuit since Trump nominated her for the spot in 2017.

The four days of hearings on Barrett's Supreme Court nomination Oct. 12-15 involved a day of introductory remarks, two days of questioning her, and a final day of witnesses brought in by Republicans, who emphasized her qualifications for the role. Democrats also assembled a panel of witnesses who said Barrett's possible decisions on the court could dismantle the Affordable Care Act and overturn Roe v. Wade. 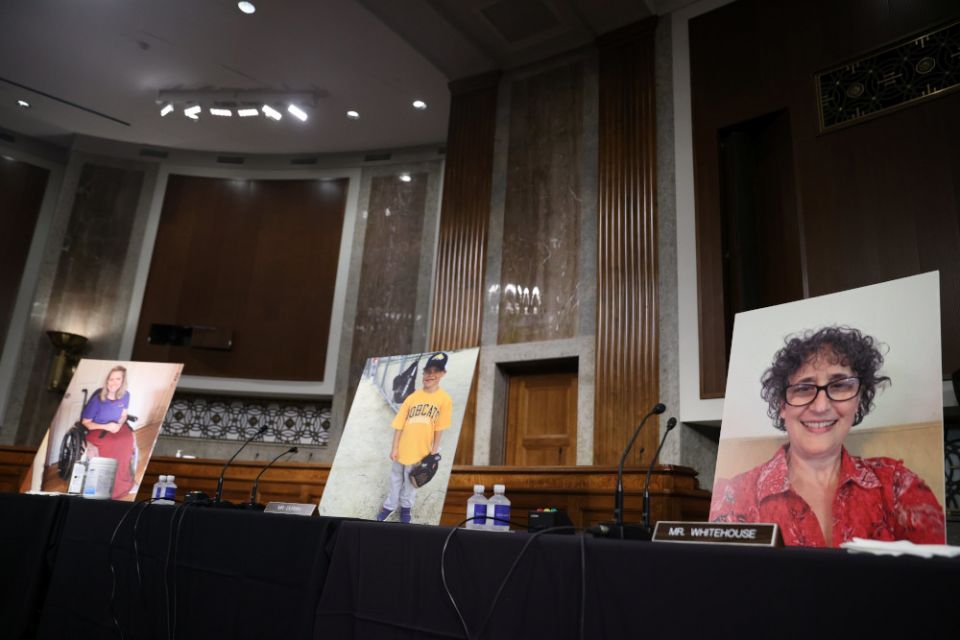 Images of people helped by the Affordable Care Act are seen Oct. 22, 2020, during the Senate Judiciary Committee's 12-0 vote to advance to the full Senate Judge Amy Coney Barrett's nomination to the Supreme Court. The placards sit at the places of Democratic committee members, who all boycotted the vote. (CNS/Pool via Reuters/Hannah McKay)

During the two days of questioning by members of the Senate Judiciary Committee, Barrett made a clear distinction between policy preferences and legal precedents.

She also did not give direct answers on how she would vote on top issues but assured the senators that she would follow the rule of the law.

"My policy preferences are irrelevant," she said, Oct. 13 when asked if she had intended to dismantle the Affordable Care Act, and she reiterated this same view when asked about abortion and same-sex marriage.

On the opening day of the hearings, Republican senators adamantly emphasized that Barrett's Catholic faith should not be a factor in questioning, and on the start of the first day of this inquiry, it clearly wasn't a topic, although it was mentioned, even in opening remarks by Graham.

He asked if Barrett would be able to set aside her religious beliefs to fairly decide legal cases, which she said she could.

The law school also is where she met her husband, Jesse Barrett, who also was studying there. Jesse is a current partner at an Indiana law firm, and the couple's oldest of their seven children is a freshman at the University of Notre Dame.

A new Gallup poll shows 51% of U.S. adults support Barrett's nomination to the Supreme Court; 46% said they do not want Barrett to be seated, and 3% had no opinion. Other polls show a majority of respondents want the Supreme Court vacancy filled after the Nov. 3 presidential election.

Court denies case over religious buildings not getting taxpayer funds

Party ties, not religious ones, drive down Obama's approval rating