Primary may spotlight division in the Republican Party 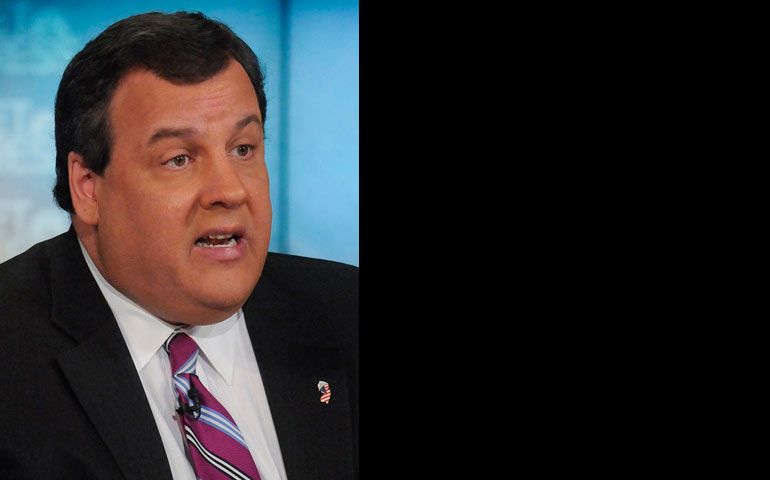 Editor's note: In his previous column, Michael Sean Winters looked at the 2016 Democratic presidential primaries. This column, he focuses on the emerging contest on the Republican side.

If the 2016 presidential Democratic nomination risks turning into a coronation of Hillary Clinton, the contest for the Republican nomination may come to better resemble a civil war.

The "Establishment," a phrase coined in the 1950s by British journalist Henry Fairlie, is not what it once was in either party, but it has been remarkable for its ability to control the GOP nominating process. Mitt Romney, John McCain, Bush fils, Bob Dole and Bush père, all represented the Establishment: East Coast schooling, lots of ties to big business, demonstrated track record of governance, and a certain aversion to ideology when ideology gets in the way of getting things done. You have to go back to Ronald Reagan's nomination to find a non-Establishment figure winning the GOP nod and, in 1980, Reagan benefited from having come in second in 1976 and loyally supporting President Gerald Ford's re-election.

The Establishment thought it had found its man for 2016 in Gov. Chris Christie of New Jersey. Two-time winner in a blue state (and a blue state with 14 electoral votes), Christie had wrestled public employee unions but, unlike his counterpart in Wisconsin, Gov. Scott Walker, he did not question the workers' right to bargain collectively. Christie was seen as effective during Superstorm Sandy, reaching across partisan lines to work with President Barack Obama, the kind of thing that appeals enormously to independent voters. He has many connections to Wall Street. And he brings to the table a rambunctious personality that people liked.

No sooner had Christie won re-election with 60 percent of the vote last November, when he found himself engulfed in scandal surrounding charges that his administration shut down access lanes to the George Washington Bridge in an act of political retaliation against a local Democratic mayor who declined to endorse Christie's re-election bid.

At first, Christie tried to make light of the charges, but then as reporters kept sniffing, it became obvious that people in his inner circle had ordered the retribution, which not only inconvenienced thousands of citizens but risked serious harm as emergency vehicles found themselves stuck in the gridlock traffic, too. Pretty soon, New Jersey officials were pleading the Fifth, never a good sign. Christie may not have ordered or even known about the petty retribution with serious consequences, but it does not speak well of the culture he created in his office, nor of his ability to be on top of things, as he kept repeating that he knew nothing about it. That said, better to know nothing than to risk going to jail. In any event, Christie's star has plunged.

Establishment Republicans have a two-word reply to Christie's fall: Jeb Bush. But Bush suffers from the same liability as Hillary Clinton: the perception that there is something not quite right about the functioning of our democracy if, in a nation of more than 300 million souls, two families should inhabit the White House for 24 of 32 years. And while the Clinton years are remembered fondly, for most people, George W. Bush's tenure in office remains far more controversial. Jeb Bush is not like his brother, to be sure. For starters, he is smarter, he is married to a Latina, and he converted to Catholicism. But the name will haunt his candidacy if he decides to run.

The real fun starts when we consider the non-Establishment candidates. First, there is the rationale: The last two Establishment picks lost, so why not run with someone who has a more Reaganesque aura? Second, primaries are dominated by the most devoted, most conservative, most evangelical wing of the GOP. They may not have the fat cat bundlers of Wall Street on their side, but they have a grassroots organization, the tea party, that is not to be lightly dismissed in its power at the polls in a Republican primary election.

More interesting than the rationale are the characters. The behavior of Sen. Ted Cruz of Texas this past year is virtually impossible to explain except as the actions of someone intent on winning his party's nomination. Last October, he single-handedly engineered the government shutdown, which sent Congress' approval ratings lower than those of vermin and communicable diseases. In February, Senate Republican leader Mitch McConnell engineered a voting procedure that would permit Republicans to vote to raise the debt ceiling without having their votes recorded, but Cruz threw a monkey wrench into the plan. In addition, Cruz is publicly supporting tea party candidates challenging some of his Senate Republican colleagues, including McConnell. If Cruz intends a career in the Senate, he has put every foot wrong. He is running for the White House.

Florida Sen. Marco Rubio is also expected to throw his hat into the ring. Rubio is the most prominent Latino in the Republican Party and, mindful of the drubbing Mitt Romney received from Latino voters in 2012, Rubio helped steer a compromise immigration reform bill through the Senate. The tea party was furious and Rubio has since announced his opposition to his own bill. The history of the Senate once furnished sufficient examples of political leadership for John Kennedy to write his book Profiles of Courage. Rubio's flip-flop is a profile in cowardice. And, apart from his flirtation with tea party heresy on immigration, Rubio has mouthed virtually every tea party orthodoxy during his time in the Senate: voting to repeal the Affordable Care Act, voting to shut down the government, and taking to the airwaves to vent his outrage over a series of faux scandals from Benghazi to the IRS that interest viewers of FOX News and no one else.

Finally, there is Sen. Rand Paul, son of former Congressman and perennial presidential candidate Ron Paul. Though more sophisticated than his dad, Paul's positions on a host of issues nonetheless track with libertarian ideology. He supports lowering prison sentences for certain drug offenses, for example, something that appeals to libertarians and younger voters, but alienates the GOP's white evangelical base. Paul's foreign policy views are strictly isolationist, which alienates much of the business community as well as the hawkish elements in GOP intellectual circles. He is smart, and he is interesting, and he will likely do better than his father did in the GOP primaries. Still, it is hard to imagine him ever finding a way to square his libertarian ideology into the circle of Christian evangelicalism. Turns out, the tea party is plural.

If Democrats are largely in agreement about issues, with only a difference of emphasis, the Republicans face a cultural divide between its Establishment and tea party wings, and an ideological divide within the tea party base between its libertarian and evangelical Christian wings. But, in a campaign, personalities tend to dominate issues, and so God invented campaigns as a way to permit voters to choose among living, breathing candidates. In the race for the 2016 GOP presidential nomination, that campaign will be scary at times, comic at other times, but at all times a fascinating window into the way a large bloc of conservative Americans estimate their values and respond to the candidates' performances.

Column | Primary may spotlight division in the Republican Party