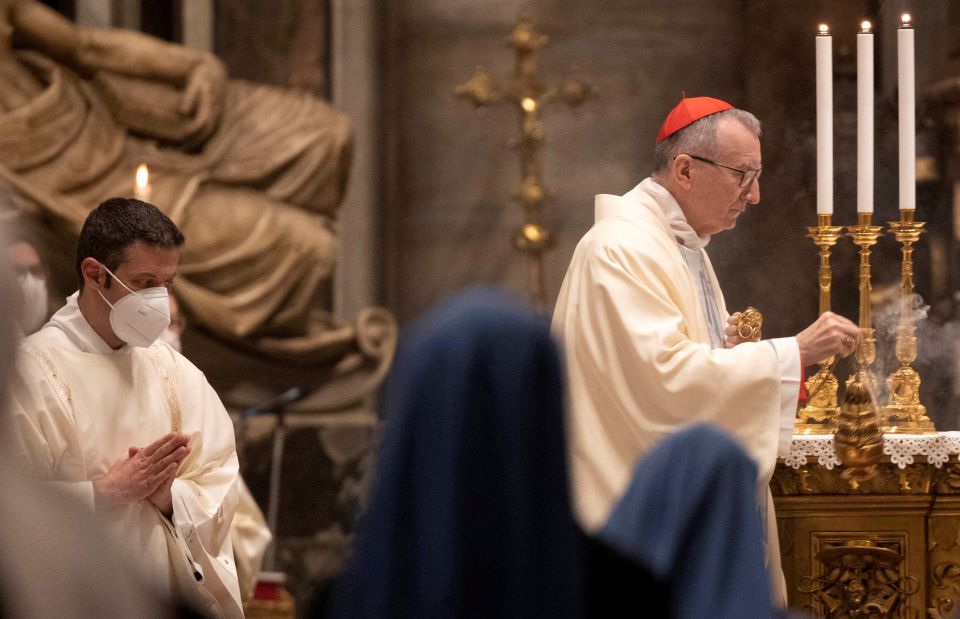 "The only reasonable and constructive way to settle differences is through dialogue, as Pope Francis never tires of repeating," he said.

"The Holy See, which in recent years has followed the events in Ukraine constantly, discreetly and with great attention, offering its willingness to facilitate dialogue with Russia, is always ready to help the parties to resume that path," said the cardinal.

In a joint interview with four Italian newspapers Feb. 28, Cardinal Parolin said, "Although what we feared and hoped would not happen has happened — the war unleashed by Russia against Ukraine — I am convinced that there is always room for negotiation. It is never too late!"

He reiterated the same appeal he said Pope Francis made during his visit to the Russian ambassador to the Holy See Feb. 25, "stop the fighting and return to negotiations."

"First and foremost, the military attack, the tragic consequences of which we have all already witnessed, must be stopped immediately," the cardinal said.

He said, "this mutual deafness" has led to open conflict.

"The aspirations of each country and their legitimacy must be the subject of a common reflection, in a broader context and, above all, taking into account the choices of citizens and respecting international law," he said.

Despite their divisions, both the Orthodox and Catholic churches "agree in expressing grave concern about the situation and in affirming that, apart from any other consideration, the values of peace and human life are what is truly at the heart of the churches, which can play a fundamental role in preventing the situation from worsening further."

Asked about the risks of the conflict spreading to other European countries given the decision of several Western nations to send weapons to Ukraine, Cardinal Parolin said, "It would be a catastrophe of gigantic proportions, even if, unfortunately, it is not an outcome that can be completely excluded."

An additional concern, he said, is the "possible return to 'a new cold war with two opposing blocs.'"

This "disturbing scenario," he said, "goes against the culture of fraternity that Pope Francis proposes as the only way to build a just, solidarity-based and peaceful world."