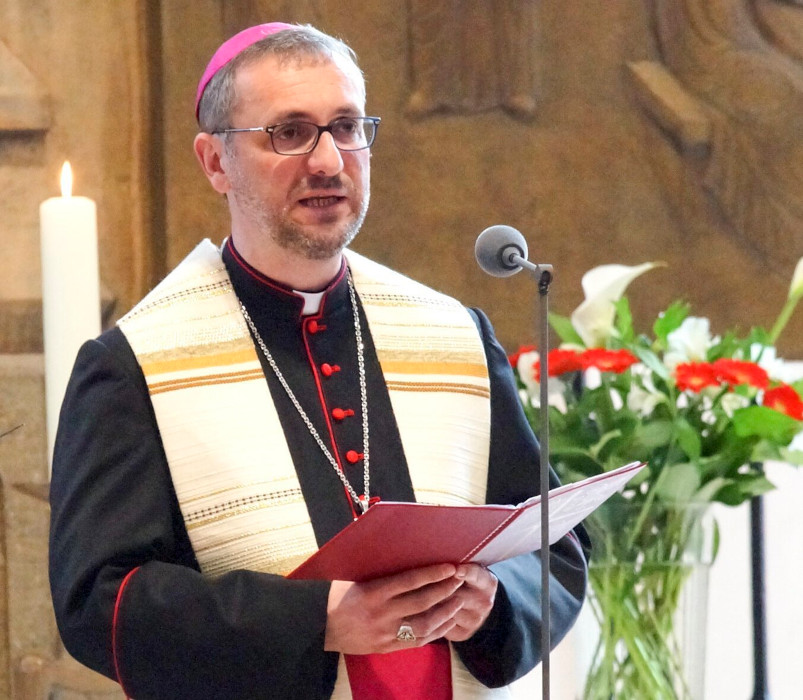 Pope Francis has granted a "time out" to a German archbishop who offered his resignation after being faulted for his handling of allegations of sexual abuse in his previous diocese, church authorities said Monday.

Hamburg Archbishop Stefan Hesse's offer on March 18 followed the release of a report commissioned by his counterpart in Cologne which found 75 cases in which high-ranking officials neglected their duties in such cases. They were criticized, for example, for failing to follow up on or report cases of abuse, not sanctioning perpetrators or not caring for victims.

Hesse, previously a senior official in the Cologne archdiocese, was faulted for 11 cases of neglecting his duty. He conceded that he had made "mistakes" in the past, and said he very much regretted if he caused new suffering to victims or their relatives "through my action or omission."

"I never participated in cover-ups," he said. "I am nevertheless prepared to carry my part of the responsibility for the failure of the system."

Hesse said he was offering his resignation to the pope and asking him to relieve him of his duties immediately "to prevent damage to the office of the archbishop and to the Hamburg archdiocese."

On Monday, the archdiocese said Francis has now sent Hesse an "initial reply." It said in a brief statement that the Vatican says the pontiff "has granted a time out" to the archbishop, but didn't specify its length.

In his absence, vicar-general Ansgar Thim will oversee the administration of the archdiocese, it added.

Revelations about past sexual abuse have dogged the church in Germany and elsewhere for years.