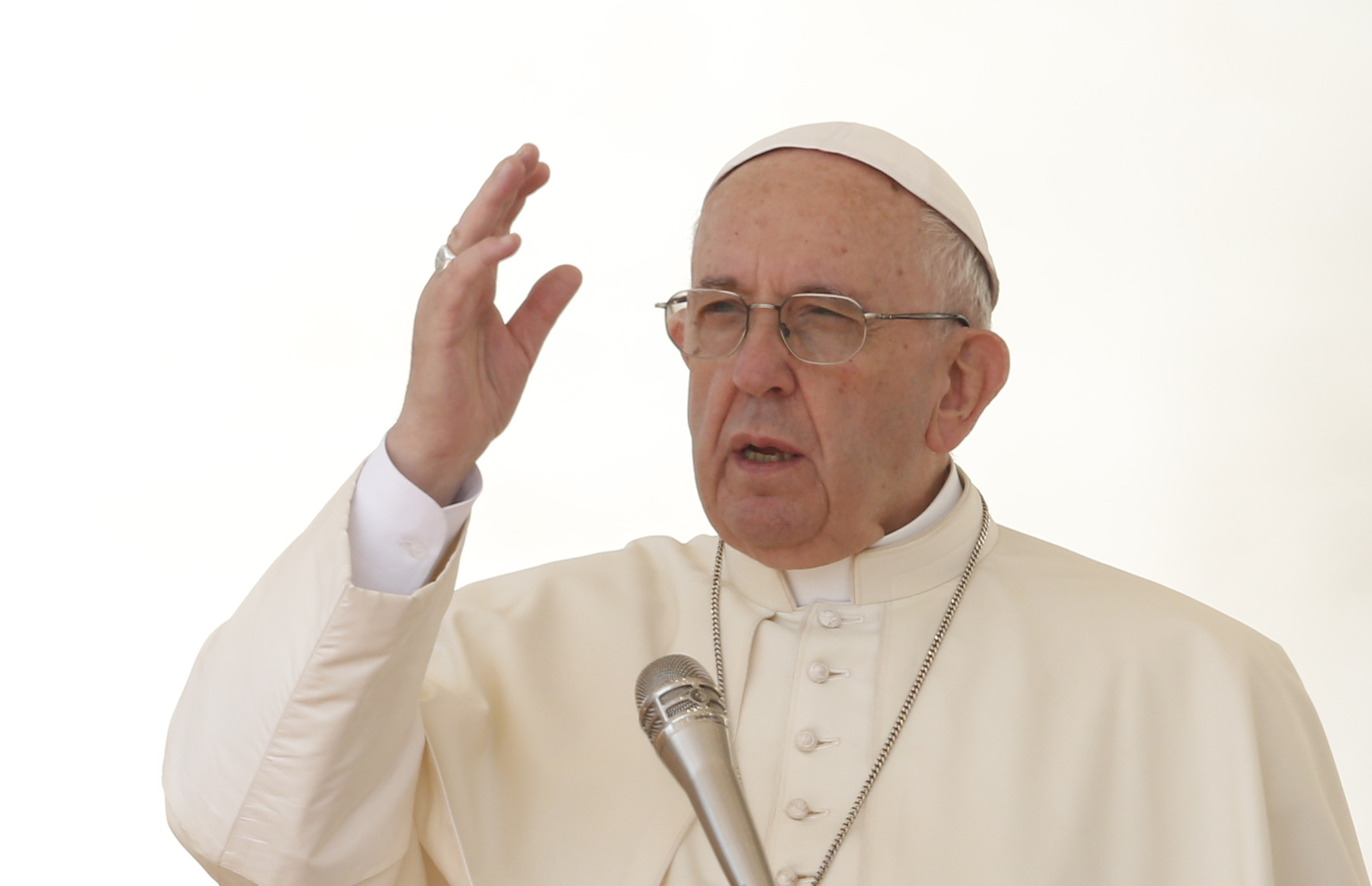 Pope Francis delivers his blessing during his general audience in St. Peter's Square at the Vatican April 25. (CNS/Paul Haring)

Pope Francis led thousands of people in St. Peter's Square in prayers for the success of the inter-Korean summit, scheduled for April 27.

South Korean President Moon Jae-in and North Korea's leader, Kim Jong-un, are scheduled to meet in Panmunjom, a village in the demilitarized zone that has separated the North and South since the Korean War ended in 1953.

"The encounter will be an opportune occasion to begin a transparent dialogue and a concrete process of reconciliation and rediscovered fraternity to bring peace to the Korean peninsula and to the whole world," Francis told pilgrims at his weekly general audience April 25.

"To the Korean people, who ardently desire peace," the pope said, "I offer assurances of my personal prayers and the closeness of the entire church."

Francis explained to the pilgrims in the square that the Holy See "accompanies, supports and encourages every useful and sincere initiative" to build peace and friendship among nations.

"I ask those who have direct political responsibilities to have the courage of hope, making themselves artisans of peace," he said.