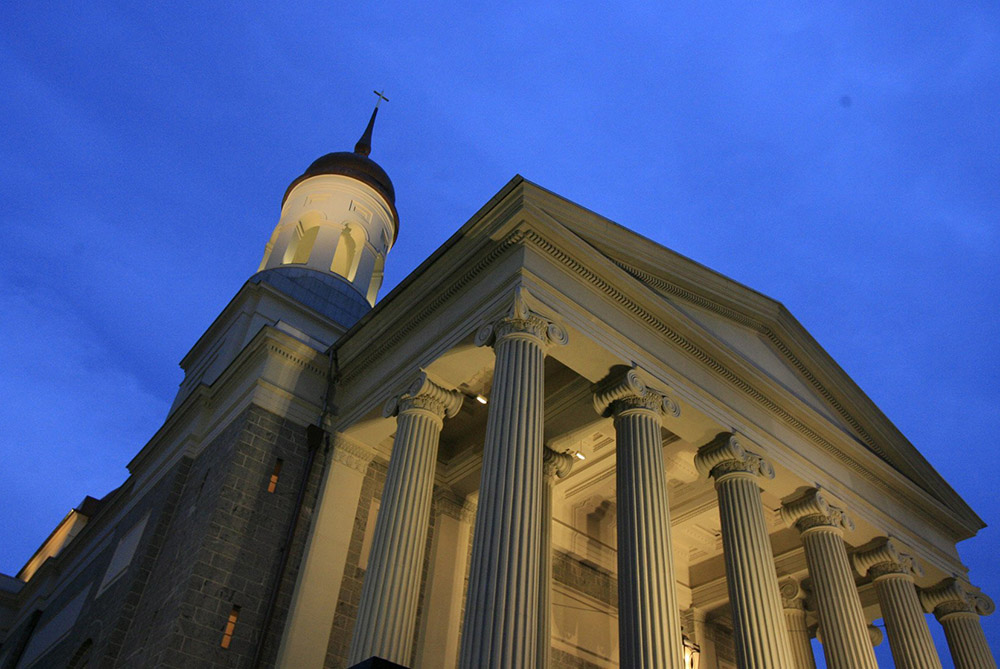 The first Catholic cathedral in the United States could have been a Gothic structure, but the first bishop for the Catholic Church in America wanted something forward-looking for the new country.

Bishop John Carroll chose instead a neoclassical structure for America's first cathedral, designed by the architect of the brand-new U.S. Capitol and built in Baltimore. The style was modern for its time.

The Basilica of the National Shrine of the Assumption of the Blessed Virgin Mary will mark the 200th anniversary of its dedication with a Mass May 31, 2 p.m. (EDT) that will be livestreamed on the Baltimore Archdiocese's website at archbalt.org.

Immediately following the Mass, Baltimore Archbishop William Lori will dedicate the St. John Paul II Perpetual Eucharistic Adoration Chapel in the basilica's undercroft, which was "rediscovered" in a major renovation completed in 2006.

Architect Benjamin Latrobe presented two plans for the cathedral, one Gothic, one neoclassical. Carroll chose the neoclassical plan, with modifications, and the cornerstone was laid July 7, 1806.

At that time, neoclassical was considered modern, noted John Waite, the principal architect for the basilica's 2006 restoration.

With its pillars, portico and prominent dome similar to buildings rising in the new American capital of Washington, it was more in keeping with the sensibilities of the American public.

The collaboration between Latrobe and Carroll, he said, was "actually extraordinary and very important because John Carroll wanted a symbol for the Catholic Church that would look to the future and would be a symbol of the importance of the church in the United States."

Most immediately apparent upon entrance into the basilica is the brightness.

"On a sunny day, visitors would walk in and get knocked down by the light," said John Igoe, one of around 25 docents who until recently accommodated a steady stream of visitors to the country's first cathedral.

Latrobe planned it so. He and Carroll — Baltimore's and America's first bishop, soon to become archbishop — opted for clear windows and a white color scheme to include the gleaming marble floors and painted pews as well as the walls. 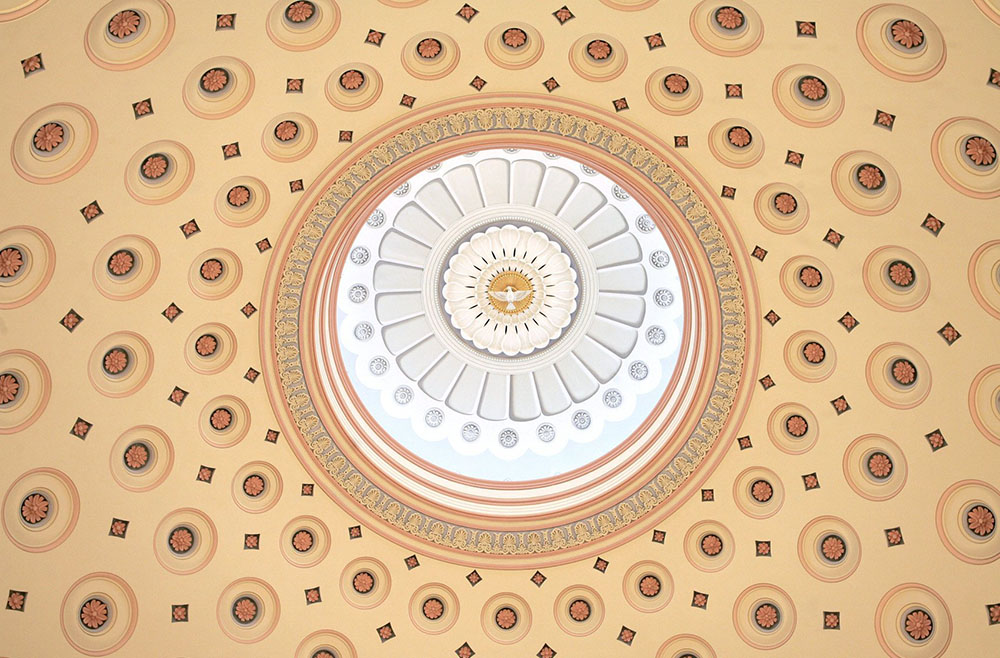 The sky-lit dome was reportedly the product of a design compromise between the two men, mediated by Thomas Jefferson, who had identified a suitable style window during a trip to Paris.

"We have his letter to the bishop," Igoe said.

Over the 15 years of construction, and through the years since, the basilica has seen many changes. The portico differs from Latrobe's design. The towers were added later.

When the semicircular apse behind the altar was enlarged in 1890, it was in keeping with Latrobe's vision, according to Waite. "The cathedral needed a large sanctuary to function."

The consecration of more than 30 bishops, the commissioning of the Baltimore Catechism, the planning of the American Catholic school system and the first ordination on U.S. soil of an African American priest all occurred there.

Blessed Michael McGivney, founder of the Knights of Columbus, also was ordained there.