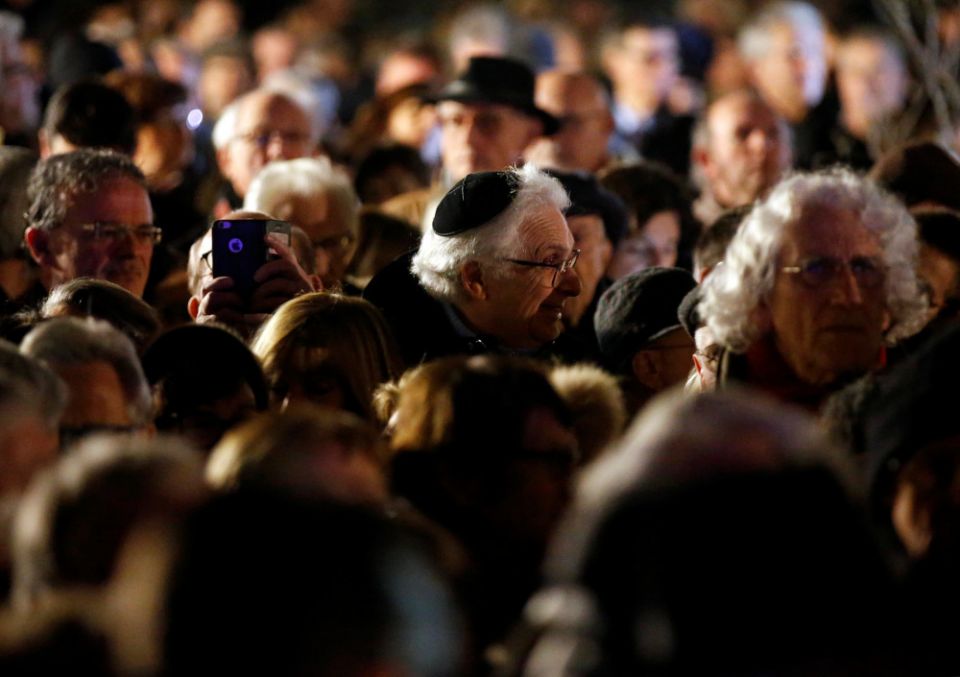 "Attacks from seemingly religious motives on our fellow citizens are unacceptable; we stand beside you in struggling against every manifestation of hatred," Pontier said in his letter.

"Our society cannot find peace unless it supports a constructive dialogue among all its members. May we never resign ourselves to the growth of intolerance and rejection," he said.

"This climate of violence and hatred must end," he told Vatican Radio. "We must wage a struggle against anti-Semitism with fierce determination, knowing where hatred of Jews led in our history, and do everything to ensure powerful impulses for such unimaginable violence never arise again."

He said fighting anti-Semitism was a responsibility "not just for institutions and religious leaders, but for all French citizens," who should mobilize through education and "a permanent re-reading of history."

Interior Ministry figures released in mid-February showed a 74 percent increase in anti-Semitic attacks in 2018, with 541 documented. Most involved physical violence and abuse, the daubing of shops and desecration of monuments and cemeteries.

Macron, who attended a ceremony at the capital's Shoah Memorial Feb. 19 after visiting another vandalized Jewish cemetery near Strasbourg, told Jewish organizations Feb. 20 anti-Semitism had reached its worst levels since World War II.

In a separate Feb. 18 statement, the bishops' conference pledged "seamless support for the Jewish community," and recalled Pope Francis' call for "joint work to ensure anti-Semitism is banished from the human community."

It added that France's Christian churches had also witnessed "numerous acts of vandalism and profanation," and said "signs of hatred in the heart of society" called for "a leap of fraternity."