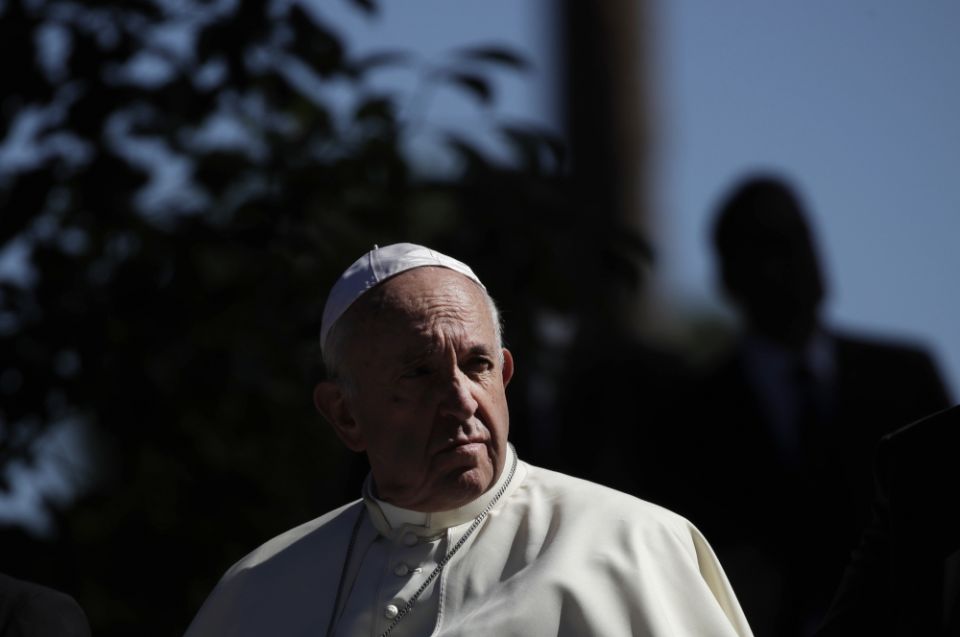 Pope Francis attends a feast of St. Francis of Assisi, the patron saint of ecology, at the Vatican, Friday, Oct. 4, 2019. The ceremony takes place two days before a Synod of bishops on the Pan-Amazon region opens at the Vatican to address the ecological, social and spiritual needs of indigenous peoples in the Amazon. (AP/Alessandra Tarantino)

Vatican City — Pope Francis on October 4 accepted the resignation of a New Zealand bishop over what church officials said was his "completely unacceptable" sexual behavior with a young woman.

Palmerston North Bishop Charles Drennan, 59, had offered to resign following an independent investigation into the woman’s complaint, according to a statement from Cardinal John Dew, head of the church in New Zealand.

The Vatican said Friday that the pope had accepted the resignation.

The removal is significant since the Catholic Church has long considered sexual relationships between clerics and adult women to be sinful and inappropriate, but not criminal or necessarily worthy of permanent sanction.

However, the #MeToo movement and the scandal over ex-Cardinal Theodore McCarrick, an American defrocked by Francis for sexual misconduct, have forced a reckoning about the imbalance of power in relationships between clerics and lay adults, nuns and seminarians _ and whether such relationships can ever be consensual.

Drennan was a member of the New Zealand church team of priests and sisters selected to respond to the country’s Royal Commission inquiry into sexual abuse of children and vulnerable adults in state and faith-based care between 1950-1999. His status on the team wasn’t immediately clear.

Drennan is well under the normal retirement age of 75 for bishops. Ordained a priest in 1996, he worked for seven years in the Vatican’s secretariat of state before being made a bishop in 2011. He took over as the head of the Palmerston North diocese a year later.

More recently, he was elected secretary of the New Zealand bishops’ conference and was a delegate at a 2015 meeting of the world’s bishops on the family.

Dew said the woman made a complaint, and the New Zealand church’s investigative body contracted an outside investigator to evaluate her claim. Both Drennan and the woman participated in the investigation.

Details of their relationship were not released. The woman asked for information from the complaint to remain private, Dew said. He added, however, that "In the eyes of the Catholic Church, Bishop Drennan’s behavior was completely unacceptable."

Dew praised the woman for coming forward, said she had been told of Drennan’s resignation and is continuing to receive support from the church as well as her family. He urged others to bring reports of clergy misconduct to the church, police or other organizations.

"The Catholic Church has no tolerance for any inappropriate behavior by any of its members," Dew said.