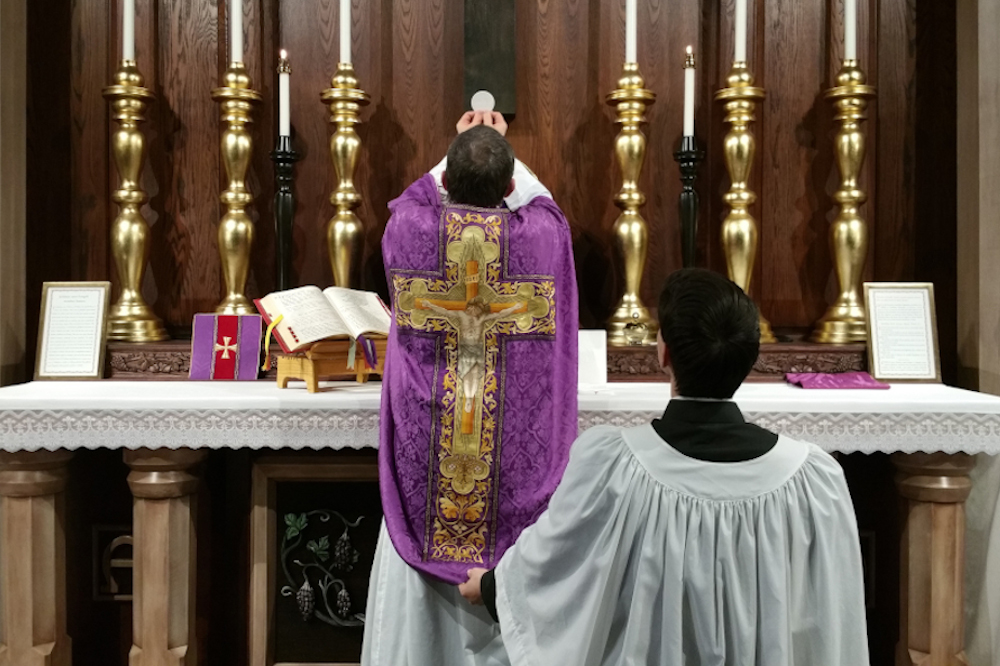 A priest elevates the Eucharist after consecrating it during a Latin Mass. (Creative Commons/Andrew Gardner)

Pope Francis' decision in July to reimpose restrictions on the celebration of the older form of the Latin Mass appears not to have affected his standing among U.S. Catholics, according to a report released Oct. 7 by the Pew Research Center.

About 83% of Catholics in the country have a favorable view of Francis, based on responses from 1,374 Catholics to a Pew online survey in September.

Some 65% of the respondents said they had heard "nothing at all" about Francis' decision, which reversed a 2007 move by retired Pope Benedict XVI to allow priests to celebrate the form of the Mass used before the 1962-65 Second Vatican Council.

Francis cited worries that some groups celebrating the older Mass were rejecting the council itself, which brought about a number of reforms in the church. The pope now requires that individual bishops across the world specifically approve celebrations of the old Mass in their dioceses.

Of the 35% in the Pew survey who had heard at least "a little" about the changes, 14% declined to give an opinion about them, 12% disapproved and 9% approved.

A version of this story appeared in the Oct 29-Nov 11, 2021 print issue under the headline: Survey: Pope's Latin Mass decision hasn't affected his popularity.