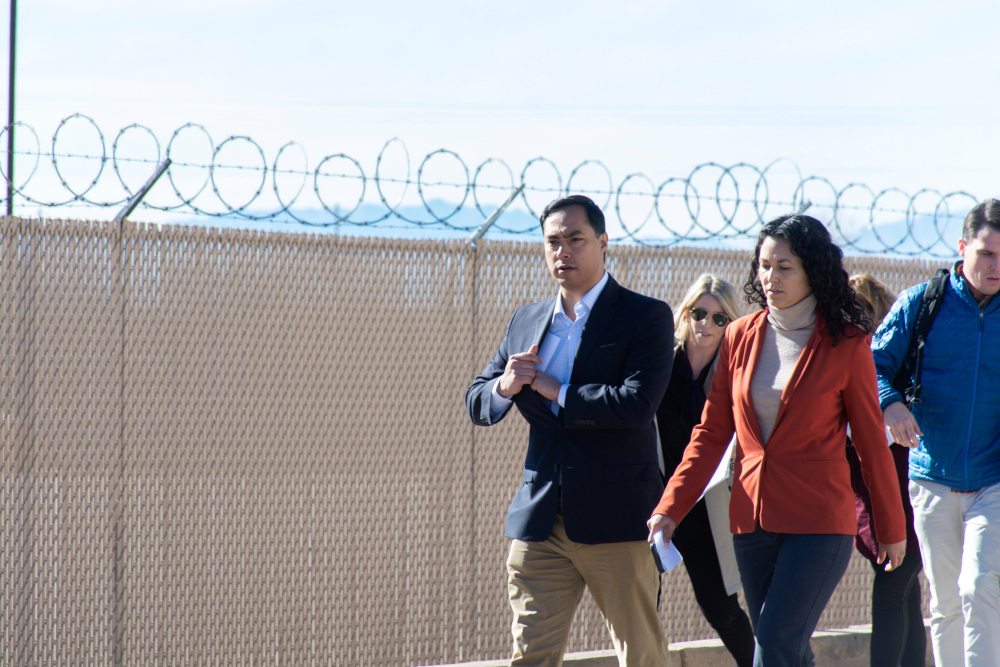 U.S. Rep. Joaquin Castro, D-Texas, and Rep. Xochitl Torres Small, D-N.M., exit after touring a Border Patrol substation in Alamogordo, N.M., Jan. 7, 2019, with other legislators investigating the circumstances that led to the death of Felipe Gomez Alonzo, an 8-year-old Guatemalan boy who died in immigration detention. Immigrant advocates have become increasingly concerned about the welfare of migrant children in detention, including reports the federal government has received thousands of complaints of sexual abuse of these minors. (CNS/Reuters/Julio-Cesar Chavez)

Federal documents show that the U.S. government has received more than 4,500 complaints over the last four years alleging that children who are under government custody because of immigration matters faced sexual abuse.

But the agency in charge of keeping track of the complaints said the "data given to Congress by our agency reflects allegations much broader than 'sexual abuse'" and could have included incidents of vulgar language.

A Feb. 26 statement from Jonathan Hayes, acting director of the federal Office of Refugee Resettlement, said the numbers include complaints of sexual harassment and inappropriate sexual behavior, "a catch-all category for sexual behaviors that do not rise to the level of sexual abuse or sexual harassment." The ORR is part of the Department of Health and Human Services.

Some of it involved behaviors perpetrated among children detained, not necessarily by federal staff or those hired to care for the children, the statement said. But they do include allegations that adults charged with caring for the children abused them sexually in some form.

Hayes said in the statement that the total number of incidents of alleged abuse by "facility-staff-on-minor," basically adults who allegedly abused minors, is small and over the four-year period the figure totaled 178 cases.

"These allegations were all fully investigated and remedial action was taken where appropriate," the statement said.

But critics said the report does not offer sufficient information, such as what happened to those who were believed to have committed the abuses.

The children affected had entered the country illegally without a parent, or legal guardian, or had been separated from a parent by federal workers. The data tracks information received from October 2014 until July 2018 from what they call "unaccompanied alien children," or UACs.

"The safety of minors is our top concern when administering the UAC program," Hayes said in the statement.

The documents were the source of a war of words between Hayes and Florida's Democratic Congressman Ted Deutch, who said they "detail an environment of systemic sexual assaults by staff on unaccompanied children."