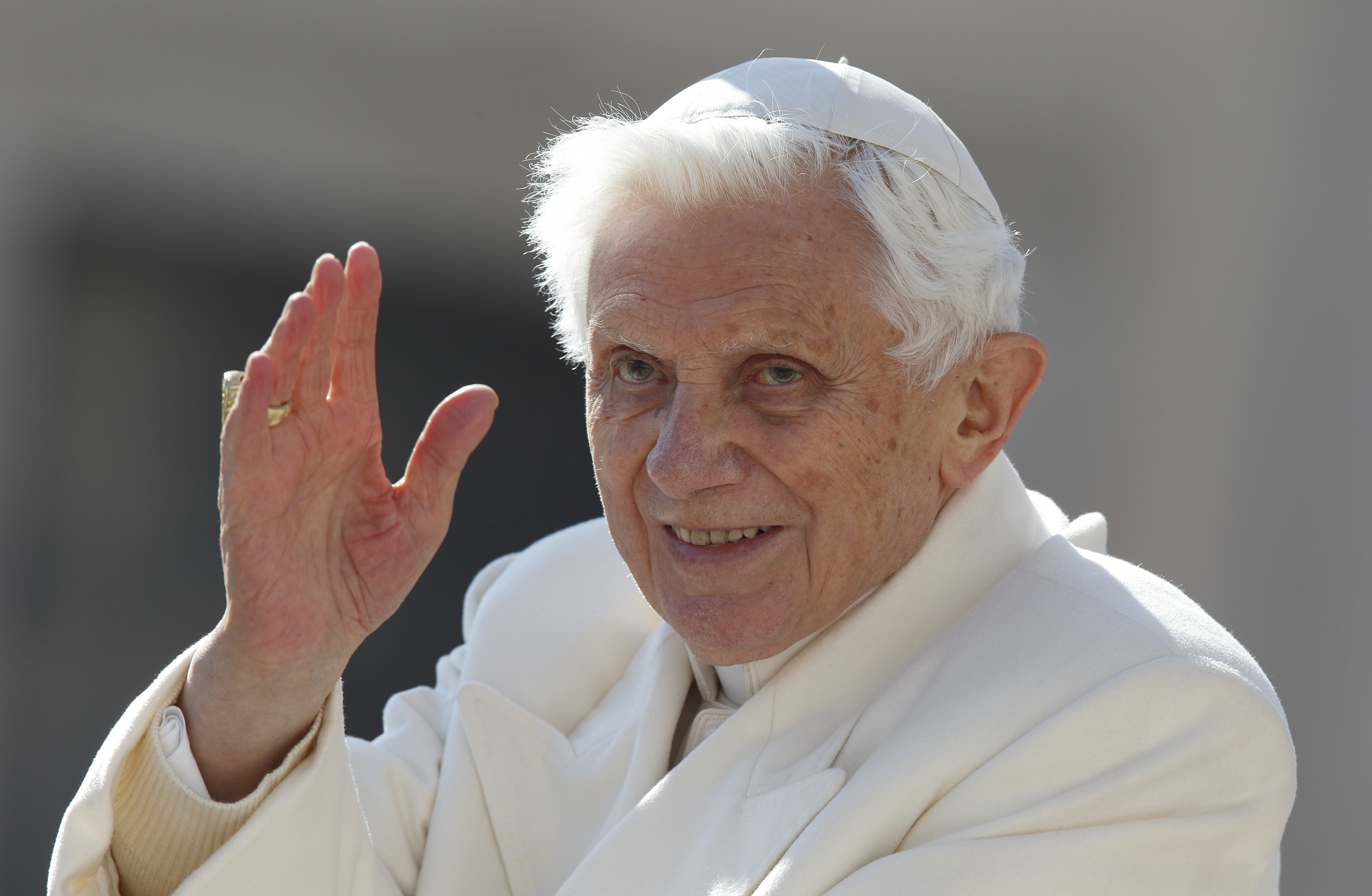 Pope Benedict XVI waves as he leaves his final general audience in St. Peter's Square at the Vatican in this Feb. 27, 2013, file photo. (CNS/Paul Haring)

Retired Pope Benedict XVI had a "peaceful and familial" 91st birthday April 16, celebrating with his 94-year-old brother, Msgr. Georg Ratzinger, who was visiting from Germany, the Vatican said.

Pope Francis offered his early morning Mass for his predecessor and then sent his personal best wishes to the retired pope, who lives on the other side of St. Peter's Basilica in a refurbished monastery.

The birthday evening plans, the Vatican press office said, included a visit and performance by the Swiss Guard band.