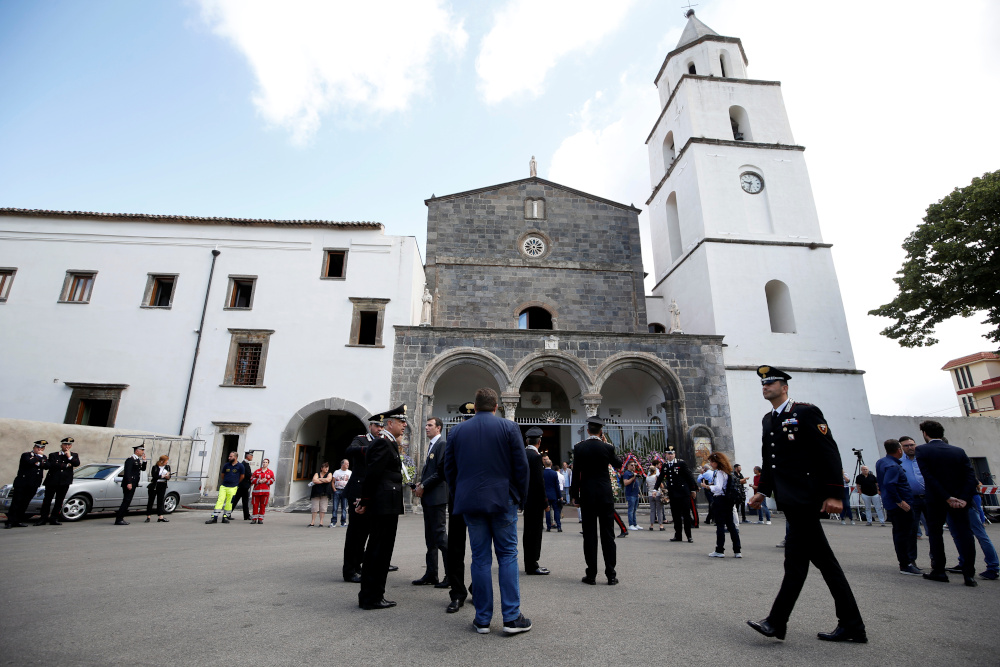 The regional chaplain of the Carabinieri, the Italian military police, mourned the murder of a police officer in Rome and remembered him as a generous man who devoted himself to charity and helping his fellow officers.

"It is a time of sorrow for the (police) corps," military chaplain Fr. Donato Palminteri said July 27 during an interview with Vatican News.

According to police authorities, Elder and Natale-Hjorth allegedly stole a backpack from Sergio Brugiatelli, the man suspected of arranging a drug deal, after the two teens claimed the drugs sold to them were fake. The two Americans reportedly offered to return the bag to Brugiatelli for 100 euros and a gram of cocaine.

Brugiatelli then called the Carabinieri and informed them of the theft and the location of where the exchange to get his bag back was going to take place. Dressed in plain clothes, Cerciello and fellow officer Andrea Varriale confronted Elder and Natale-Hjorth. Authorities said that a struggle occurred after the officers identified themselves and that Cerciello was stabbed 11 times by Elder while Varriale, who survived the encounter, was also stabbed.

Several hours later, police arrested the two Americans at Rome's Le Meridien Hotel, where they were allegedly preparing to leave the country. Authorities confirmed that the weapon and the clothes worn during the attack were found hidden in their room. Police also said that the suspects confessed to their involvement.

Palminteri told Vatican News that the Carabinieri are mourning the loss of their fellow officer, who was married less than 40 days before his untimely death.

He said Cerciello was known among the other officers as someone who was "always at the service and at the disposal of people."

According to Vatican News, Cerciello was a volunteer for the Knights of Malta and would distribute food to the homeless as well as accompany the sick and disabled on pilgrimages to Assisi, Loreto and Lourdes.

"Some would tell me about Mario's attention to people, even those who were arrested. He would offer them a cigarette, a sandwich or provide them with dinner," the chaplain said. "Today, it is the (police) corps that suffers and loses one of its bravest sons who are committed to the service of people and the good of men and women."

Elder and Natale-Hjorth were being held by police and had been appointed a public defender. However, a leaked photo of Natale-Hjorth sitting on a chair blindfolded and with his hands cuffed behind him raised questions about possible mistreatment and whether his confession would be considered valid.