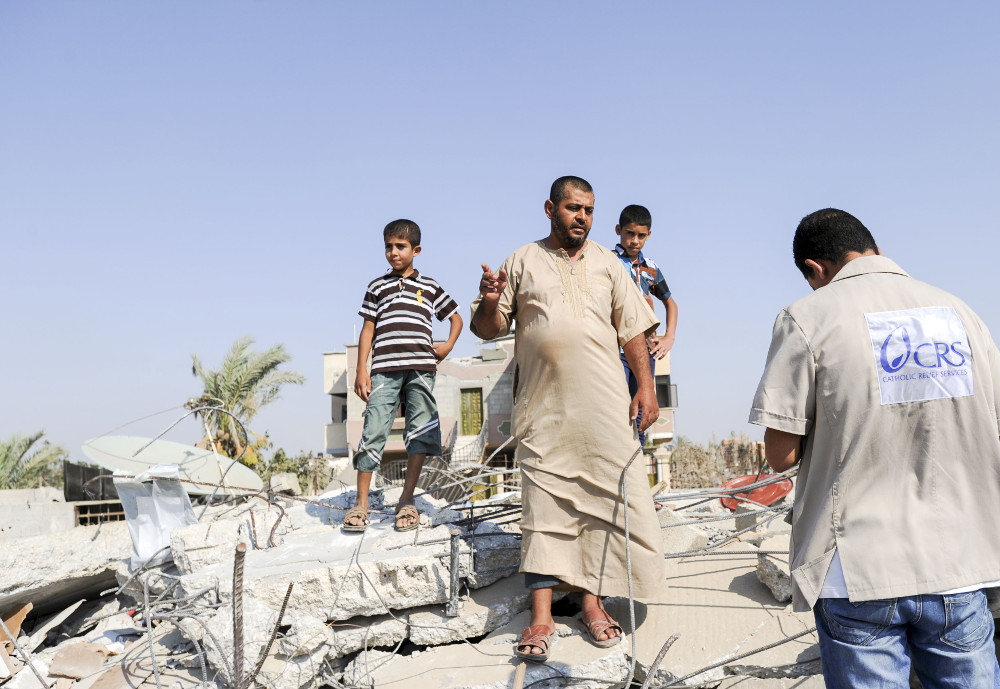 Catholic Relief Services cut its services to needy people in the Gaza Strip by closing a U.S. government-funded program because of the Anti-Terrorism Clarification Act (ACTA).

The Anti-Terrorism Clarification Act, signed into law last fall by the U.S congress, would allow Americans to sue any entity receiving American funding for alleged collaboration in acts of terrorism. Since there has not been any clear exception for humanitarian funding, USAID asked Catholic Relief Services to shut down the Gaza 2020 project, which provided temporary job placements, food vouchers, entrepreneurship training and grants, and emergency preparedness training. The program ended Jan. 31.

"The needs are still great in Gaza, so it's impacted (Gazans') ability to take care of their families," said DuBose. "No donor has stepped up to fill the huge gap left behind by the lack of U.S. government funding, and no other organization has the capacity to make up for the number of projects that had to close. So it's likely the number of hungry people, the number of untreated chronic illnesses, the number of jobless youth and adults, and the number of children going without critically needed mental health services will only continue to grow."

Though the USAID-funded program was its largest program, the Catholic Relief Services Gaza office continues to provide aid through other programs, she said.

At the time ATCA was passed, Catholic Relief Services had already had to reduce its aid from the thousands of families it had been serving to a mere hundreds because of the withholding of U.S. funding, DuBose said.

The restriction in how much aid Catholic Relief Services can give to the needy population in Gaza has made it an "incredibly difficult year" for the people the agency serves in Gaza, she said.

Humanitarian aid is crucial to many Gazans, she said, as the unemployment rate is still very high, impacting people's abilities to meet their health care, education and other basic needs. Since other organizations are also affected, other community-oriented services, such as mental health care, are also being reduced or stopped altogether, she added.

"Cutting off humanitarian funds for basic human needs is no way to make peace. It is difficult to imagine how stopping a poor family from receiving food assistance will help prevent terrorism," said Dubose. "CRS implements all our programs directly or through carefully vetted partners. None of our funds go through the local authorities in the West Bank or Gaza."

Catholic Relief Services still has been able to provide food vouchers to some families because of private donors, she said.

"We don't believe it was Congress' intent to have the ATCA affect humanitarian funding, and so we are hoping lawmakers can come up with a legislative solution," she added.