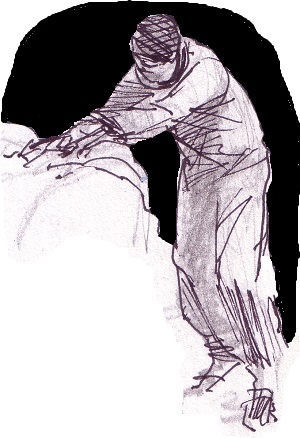 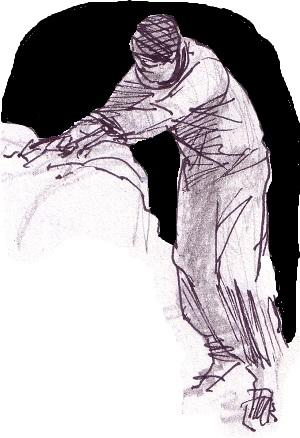 The story of King Saul’s jealous anger at David when the women sing of his superior military achievements reveals the literary skill of the author of the Book of Samuel as he explores the complex nuances of the characters in the story. Saul fears David as a rival and will try several times to kill him, even sending assassins to attack him on his wedding night with Michal, the king’s daughter (1 Sam 19).

The plot thickens as David and Saul’s son Jonathan form an intimate friendship, which shields David from other attempts on his life. The ensuing story is a pressure cooker of tangled emotions rivaling any drama on TV or the Internet.

The Bible famously does not spare readers explicit details that can make teaching Sunday School a challenge. Saul offers David his daughter in exchange for 100 Philistine foreskins, hoping he will not make it back alive. David returns with 200. The author rarely explains or interprets motives but instead relies on actions to reveal the characters. The shocking story of David’s adultery with Bathsheba is a good example.

This same literary skill is also evident in the Gospels, especially Mark, who shows rather than tells the story of Jesus. In today’s account, Jesus orders the disciples to have a boat ready to keep him from being crushed by the crowds pressing forward to touch him.  His miracles have created a frenzy, and in the midst of the chaos, unclean spirits are screaming, “You are the Son of God.”

As the action unfolds, we are aware of another form of pressure beyond the physical being exerted on Jesus in the hatred of his enemies and the more intimate competition among his disciples to claim his attention. Because of the importance of these limited narrative sources, Scripture scholars, theologians and even novelists have probed the four Gospels for any clues to the inner life of Jesus.

What was his relationship to Mary Magdalene, or the mysterious “Beloved Disciple” in the fourth Gospel, who reclines on his breast at the Last Supper? Their friendship is sometimes compared to that of David and Jonathan.  How close was Jesus to Judas, and was he a rival to the fourth evangelist, who calls him not just a traitor but also a thief? Were there tensions between Peter and Mary Magdalene as leaders in the early church? How much emotional suffering did jealousy and anger among his followers add to his physical torment as Jesus went to the cross betrayed, denied and abandoned by his closest friends?  The sign of his death that became the Eucharist—the breaking of the bread—captures the pulling apart of Jesus by the hungry crowds and the disciples during the crush of his public ministry.

Much is written between the lines, which is why reading the Word is a lifelong search for Jesus. Friendship with him, even if it breaks our hearts, is the only thing that can save us.